Showing posts from October, 2008
Show All 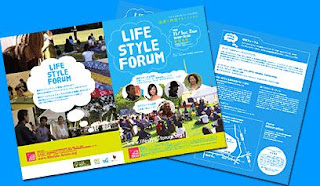 If you are in Tokyo this weekend, do visit the park called Shinjuku Gyoen and listen to lectures about environmental topics, "slow life" and current topics. The cafes are great and I love the focus on all my favourite topics like solar power, fair trade gifts and organic food. Lifestyle Forum 2008
Post a comment
Read more 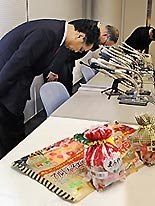 Japan's Nissin Food Products Co. said Friday it was recalling half a million cups of instant Cup Noodles over fears of insecticide contamination. AFP has more: A 67-year-old woman vomited and felt numbness on her tongue after eating Nissin's Cup Noodle this week in the Tokyo suburb of Fujisawa, the city's health office said late Thursday. The product was made at a Nissin factory in Japan. Recalls are a good way to quickly deal with the uncertainty in such situation. The noodles scare spread as another company, Myojo Foods Co. said it found instant noodles laced with paradichlorobenzene and naphthol, also used as bug repellent. I wonder if consumers are getting more careful and more willing to report bad food. Hope noone else gets sick! Update I: Asahi says the Japanese Consumers' Co-operative Union (JCCU) has had to recall its cup noodles as well: JCCU told its outlets to remove five types of Co-op cup ramen from their shelves. Their stuff is made by Myojo Foods,
1 comment
Read more 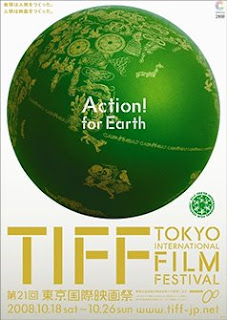 Tokyo International Film Festival (TIFF) starts on October 18th. Stars will walk on a green carpet manufactured from recycled plastic bottles to convey the message of “Ecology = Preservation of Earth’s Environment.” The Earth Grand Prix, a new award, will be given for the first time to the best new film dealing with nature, the environment and ecology. There will also be some fun and easy-to-understand conferences and other events on the environment and ecology are also scheduled. Participation if free! The official poster of the 21st TIFF features a green earth and the new motto of TIFF “Action! for Earth!” TIFF Lineup I like that the Natural TIFF , a new section of the festival program, is also launched this year, with 30 new and vintage films. The following films will have their world premier: Ashes from the Sky , Blue Symphony , and Silent Color Silent Voice .
Post a comment
Read more 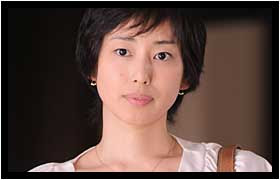 NHK's six-part drama series, Shanghai Typhoon is about a young Japanese woman named Misuzu (Tae Kimura) as she starts her own business in Shanghai. As she moves to the Chinese city she has trouble finding an apartment, so she stays with another Japanese expatriate, Mari (Megumi). Misuzu applies for a job at a flower shop, and the boss, Kaori (Yuki Matsushita), reluctantly hires her. Later, Misuzu realizes that the Chinese owner of the flower shop (Peter Ho) got her fired from her last job in Japan. It gets more interesting as Misuzu reveals her true talent as a fashion designer... You can watch six brief trailers from the drama: the last one will be aired on October 18, 2008, called "Thank You, Shanghai". With the recent opening of H&M, the Swedish retailer, in Japan , I cannot help but wonder... Multinational companies need to do a lot better in terms of supporting culture and drama, to really connect people around the world. If Shanghai Typhoon is shown on Swe
4 comments
Read more 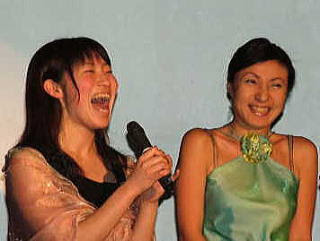 Recent reports indicate the Japanese banking crisis shows no signs of improving. If anything, it's getting worse. Following last week's news that Origami Bank had folded, it was today learned that Sumo Bank has gone belly up. Bonsai Bank plans to cut back some of its branches. Karaoke Bank is up for sale and is going for a song. Meanwhile, shares in Kamikaze Bank have nose-dived and 500 jobs at Karate Bank will be chopped. Analysts report that there is something fishy going on at Sushi Bank and staff there fear they may get a raw deal. Source: JREF (Thanks guys, you are the best!) OK, OK, a few more: Japanese mugger What does a Japanese mugger say? "Give me all your money or I'll kill myself!" Kamikaze Why did the Japanese Kamikaze pilot fly back to the base? He forgot his helmet. Two men and a woman on a deserted island: On a beautiful deserted island in the middle of nowhere, the following people are stranded: Two Italian men and one Italian
Post a comment
Read more

Giants and Tigers? It's Crunch Time

October 08, 2008
I know nill and nought about baseball, but I have a ticket for the game at Tokyo Dome tomorrow night (Thursday). So I would appreciate hints from anyone who knows what the fuzz is all about. Asahi says "The Giants and Tigers each have identical 81-56-3 records with four games remaining, including Wednesday's key matchup with each other at Tokyo Dome." I heard they serve draft beer at Tokyo Dome, so I don't think it will be a complete waste of time. Oh, and no big Japanese bank has failed yet, but the Crunch seems to be hitting the stock market hard. Is Japan going to avoid the bailouts now happening in the US and Europe? Which brings me to the main message of this post: how do we all join together and calm down the real crisis, instead of letting politicians that we never really liked anyway scare us all into thinking it will get worse? The Coup D'etat of October 1, 2008 Listen to Naomi Wolf, author of "Give Me Liberty - A Handbook For American Revoluti
2 comments
Read more 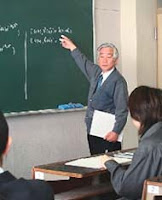 NHK is reporting that 3 Japanese scientists share the Nobel Prize in Physics this year. More later... Yoichiro Nambu at Enrico Fermi Institute, University of Chicago, US, shares the prize with Makoto Kobayashi at the High Energy Accelerator Research Organization Tsukuba, Japan, and Toshihide Masukawa at the Yukawa Institute for Theoretical Physics (YITP), Kyoto University, Japan. Together, they made important discoveries about "symmetry breaking" and quarks, leading to a deeper understanding of our universe. ...and snowflakes: How does the oxygen and hydrogen of water form such a wide variety of (beautiful) patterns when forming the simple snowflake? To understand this, we need very complex mathematical models, derived from the years of study of elementary particles and quantum physics. James Trefil explains the Snowflake like this: Both the hydrogen and oxygen molecules are quite symmetric when they are isolated. The electric force which governs their actions as atoms
1 comment
Read more 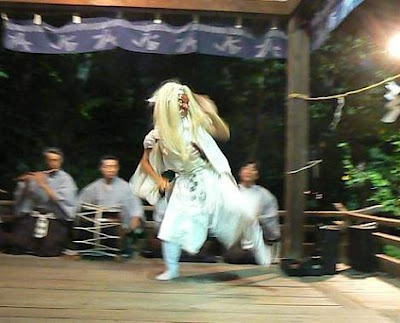 Japan has invested $55 billion in US firms in the past few days, in addition to the massive amounts of money spent on "infusions" to the market. Hope America appreciates the effort. We are all in this great act together. Leading research firm Thomson Reuters says Japanese firms have spent over 55 billion dollars - a record-high amount - to buy out or invest in overseas companies so far this year, capitalizing on the financial turmoil that severely affected US firms, notes NHK World . Over at Treehugger, one of my collegues notes: Matt Simmons , head of the oil investment bank Simmons and Company, has long been a prophet of peak oil, silencing the Fast Money team with his dire warnings to move to the country and grow your own food. And he’s busy stirring things up again, warning in a conversation with Peak Moment TV that gasoline reserves are so low in the US that if everyone topped up their tank we would see “a run on the bank”, literally running dry – running out of food
Post a comment
Read more
More posts