Showing posts from December, 2011
Show All

I got a chance to go to listen to Mari Kawamura at Suntory Hall in Tokyo yesterday. She performed a very rich program of Shumann, Satie, Debussy and Mussorgski. She has studied piano in France and in the US and released one CD so far. I liked her no-nonsense style and relaxed interaction with the audience. English website here: Mari Kawamura Unfortunately, I can't seem to find anything by her on Youtube, but here is the Prélude from Suite Bergamasque by Debussy. Both Satie and especially Claude Debussy are well known and liked in Japan. Debussy even asked the printers to put the now famous Hokusai image, The Hollow of the Great Wave of Kanagawa on the cover page of the musical score for his La Mer (The Ocean). mellowmarie , an avid art appreciation blogger, writes : as i noted before, i myself had always sensed japanese tones in his melodies and had wondered if he had ever been influenced by japanese traditional music. it is interesting to learn that he was influenced by
1 comment
Read more 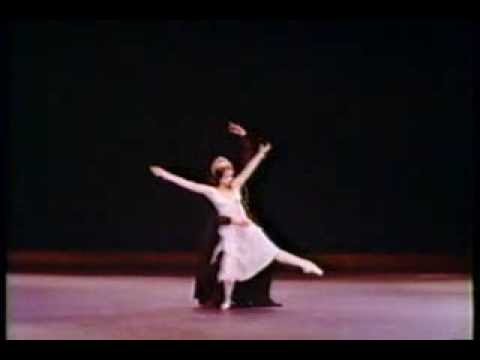 Melody by Dvorak, dance by Nadezhda Pavlova (Nadezhda means "hope") of Bolshoi fame from the 1970s. And if you liked that, how about her performance in La Bayadere? Nice comment on the Youtube video: Pavlova´s extensions are like﻿ poetry in every role that she dances, she makes them so natural and when they are necessary, not just for showing - off This is one of those classic stories that link east and west, as the origin of the "temple dancer" ballet was a visit from India in 1839 to Paris, and then a later visit to London (which ended in tragedy as the main dancer could not endure the cold and fog). The word "bayadere" was already known as Johann Goethe had written his Der Gott und die Bajadere (The God and the Bayadere) in 1830. The term seems to be from the Portugese, while in India, Devadasi is used. I like how the TV producers of the day made the dance and music the focus, with no stage props to distract from the experience. I hope we can al
2 comments
Read more 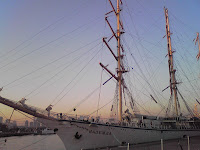 I had the good fortune to see a very beautiful sail ship in Yokohama yesterday, the Nadezhda. Based in Vladivostok, she is a research ship built in the late 1980s in Gdansk, Poland (a very exciting year for the Solidarity movement that originated on the ship yards). Read about the history on the ship's sister ship Mir's website: Mir English website MIR ("Peace", "World") is the third ship of a series of six ships of the M108-class, also called "MIR"-class, which were built in the '80s at the Lenin shipyard in Gdansk, Poland. The first of this series is the sister ship built for the Polish navy: Dar Mlodziezy. The other sister ships, which were built for the former Soviet Union: Khersones (Crimea peninsula, where there are remains of a Greek settlement) Pallada, Drushzba (means "Friendship"), Nadeshzda (means "Hope"). Photo of Nadezhda at anchor in Yokohama taken with my mobile thus not the best quality. Click to enlarge
Post a Comment
Read more 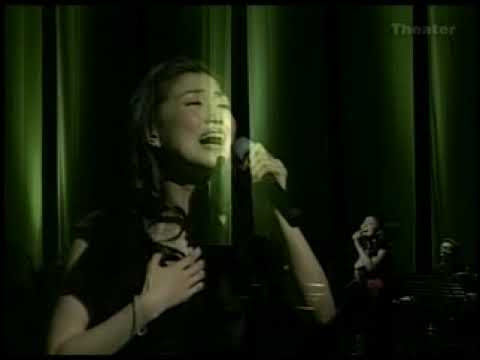 The Princess And The Pilot

I went to see a wonderful anime film today, The Princess and the Pilot (とある飛空士への追憶) which was recently released in theatres here in Japan. I liked the flying scenes and the beautiful art work, truly magic on a big screen. Madhouse Studios is a smaller company than Ghibli, which this story seemed to take some inspiration from, especially the fanciful European setting and the huge steampunk aircrafts that hover above the sea. The pilot is a young flyer who is ordered to rescue a princess, but who said she wants to be rescued? Ghibli would have made this story a lot more sentimental, but I liked how the pilot stays true to his mission until the end. The fighting scenes involve aircraft like the Shinden , which was developed late in WW2. Our hero's plane is called Santa Cruz , a fierce two-seater. All have already been transformed into plastic models for true fans. As often happens in anime, we are both in the past and in the future, at the same time. Lovely sound track with theme
4 comments
Read more
More posts