Lovely exhibition of roses, at a grand location. Special treat this year will be roses from Turkey:

To mark the friendly relations Japan and Turkey have enjoyed over the years (despite the rivalry involved in both countries’ bids to host the 2020 Olympics), a new variety of rose called Ertugrul, named after a frigate of the Ottoman Navy that sank off the coast of Wakayama Prefecture in 1890, will be unveiled to the public for the first time. Some Turkish foods will also be available at the expo.

Other highlights at the six-day show include a fountain that uses pure rose water. A total of 200,000 Damask roses, a variety known for its strong fragrance, will be used to create the fountain water, which visitors are free to scoop up and apply to their skin.


If you like new ideas for your garden, small or large, this is a great opportunity.

The International Roses & Gardening Show 2013 will held from May 11-16 at the Seibu Dome in Tokorozawa, Saitama Prefecture. Admission 2,000. 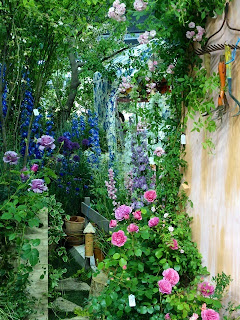 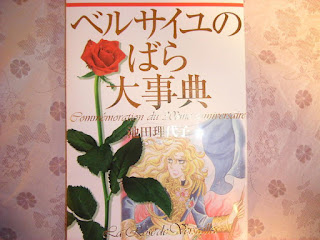 Top image from last year's show, from the karie24 blog. I like how the 1970s anime Rose of Versailles is mentioned, with its romantic themes, that I think Japanese fans know better than most of us who grew up in Europe.

Swedish diplomat, Axel von Fersen, for example, is a major character in this Japanese work of fiction, which was first published in 1973.

Many Swedish people would have trouble explaining who he is! "The Rose of Versailles" was the first commercially translated manga to be available in North America, in 1983. From wikipedia:

The Rose of Versailles focuses on Oscar François de Jarjayes, a girl raised as a man to become her father's successor as leader of the Palace Guards. A brilliant combatant with a strong sense of justice, Oscar is proud of the life she leads, but becomes torn between class loyalty and her desire to help the impoverished as revolution brews among the oppressed lower class. Also important to the story are her conflicting desires to live life as both a militant and a regular woman as well as her relationships with Marie Antoinette, Count Axel von Fersen, and servant and best friend André Grandier.

And there is much more:

It's easy to toss out lines about how influential The Rose of Versailles is, but it's another matter to really sit down and grasp how much Ikeda helped change the manga scene with her work. Dr. Susan Napier, Professor of the Japanese Program at Tufts University and author of Anime from Akira to Howl's Moving Castle, was Viki's host, along with Christopher Macdonald, publisher of Anime News Network, at the North American premiere of Rose at New York Comic Con on October 13. Speaking about the title in an interview with ANN, she said that The Rose of Versailles is one of the most important manga series ever made. “It was one of the first major manga written by a woman,” she said. “Up till that point most manga had been written by men, but in the early 70's a group of women writers known as the group of 24 appeared, and Versailles's creator Riyoko Ikeda was one of them. All of them would go on to have a major impact on the shojo manga industry, helping to make shojo manga a serious and significant genre that was not only about romance but dealt with social issues as well.

“Ikeda's Rose of Versailles was particularly influential, for its fascinating and involving story and its exciting setting —the French Revolution, depicted with great historical accuracy,” she said.

Napier pointed to the main character Oscar as being a major asset to the series, saying, “The cross-dressing young woman would become the series' most important protagonist, eclipsing even Marie Antoinette. Although there had been cross dressing manga protagonists previously, (the most famous being the heroine of Tezuka Osamu's Princess Knight series), Oscar was a truly complex and three-dimensional figure who offered young Japanese women a different kind of role model from the traditional demure and subdued idea of Japanese womanhood. Oscar went on to spawn a long line of feisty cross dressing heroines, the most famous of whom is probably Utena of the popular Revolutionary Girl Utena series.”

Napier went on to explain in more detail the specifics of what The Rose of Versailles brought to shojo, including a change in art style. “Visually, Rose was one of the pioneers in developing the open frame, visually detailed style that became the hallmark of shojo manga in the 1970's,” she said. “Although Ikeda was not alone in doing this, (Hagio Moto, another member of the group of 24, was probably the first in doing this in Tomo no Shinzo), the lush and gorgeous setting of pre-Revolutionary France depicted in Versailles appealed enormously to readers and helped solidify the trend toward visual lavishness in subsequent shojo manga aesthetics.”

But it wasn't just art that was altered. It also gave rise to strong storylines, and, very importantly for female readers, to strong female leads. While it's easy to point to the gender-bending lead Sapphire of Princess Knight as predating Oscar in the female-disguised-as-male scenario, it's still worth noting that Sapphire typically shows strength in male form, and weakness in female form. This is not an empowering message to female readers. While The Rose of Versailles played around with gender-bending scenarios, it also gave more strength and equality to women.

“Deborah Shamoon in her excellent book Passionate Friendship: The Aesthetics of Girls' Culture in Japan believes that the romance between Oscar and the love of her life, Andre, served as a paradigm for a relationship between equals where the woman does not have to lose her identity,” said Napier. “In general, the uncompromising, somewhat tomboyish female lead character became a popular heroine in later manga and anime.”

As if this weren't already influential enough, Napier had more important details to discuss. “Another significant aspect of shojo manga culture that Rose helped to pioneer was the importance of fan/reader interaction with the manga's creator. Ikeda actually changed the plot to emphasize Oscar more vividly because of strong reader response to the character. The interaction between fans and creators, with fan reaction affecting the development of a series, remains an important element in shojo manga culture to this day.”


Making History: The Rose of Versailles

Back to roses. I like how the Seibu rose show this year is more about Turkey. Of course, we would have no variety of roses without the amazing variety from that part of the world. And, did you know that Japan has had relations with Turkey and the Ottoman Empire at least since 1889, when the ship Ertugrul arrived at Yokohama. It sank due to terrible weather on its return journey back to Constantinople, sadly, and has since become a symbol of friendship between Japan and Turkey. 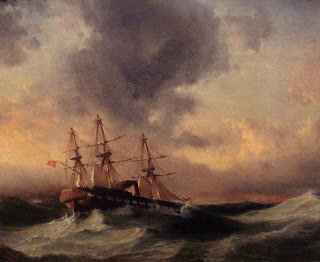 At the site of the accident, around 533 sailors, of whom fifty were officers including the commander Admiral Ali Osman Pasha, lost their lives. Only six officers and sixty-three sailors survived. Six of the survivors were uninjured, nine severely wounded and the others sustained light injuries... 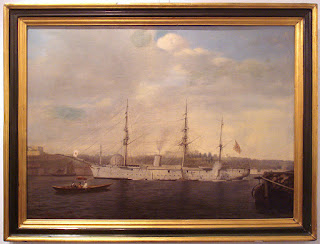 All of the sixty-nine survivors were transported back to Constantinople aboard Japanese corvettes Kongō and Hiei, leaving Shinagawa, Tokyo in October 1890. The sultan accepted the officers of the Japanese battleships on 5 January 1891 and expressed his appreciation for the relief operation by decorating them with medals.

Imagine that, all of you who fly in and out of convenient airports to this country; we are all in debt to people like the sailors who came here not so long ago, on ships like the Ertugrul. Respect.