How To Think About TPP, And Celebrate - Updated With Links 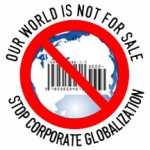 The last TPP Ministerial in Hawaii did not get the results that governments and corporations wanted. I think we need to celebrate.

We do not want more trade in cars, more trade in milk and meat. We don't want extended patents that will make medicines more expensive. And why should copyrights benefit Disney forever?

If we really care, the lack of results at the last TPP round actually mean that the amazing movement of citizens and consumers and environmental and labour activists - we won. We fought the system and it lost.

East Asia Forum: Will the TPP endgame get tangled in old spaghetti?

Washington Post: Why NAFTA passed and the Trans-Pacific Partnership failed

The Sydney Morning Herald: Should Australia be wary of the TPP? Yes, Minister.

LAHAINA, Hawaii -- The United States, Canada and Vietnam plan to remove import tariffs on Japanese automobiles over a period of 10 to 20 years under current Trans-Pacific Partnership (TPP) negotiations, it has been learned. The United States, the largest importer of Japanese cars, would take around 20 years to remove tariffs, meaning that for Japanese manufacturers of finished vehicles, benefits from the Pacific Rim free trade agreement would be limited for the time being. (...)

South Korea, a rival to Japan in trade, has already reached a free-trade agreement with the United States, under which the U.S. will eliminate tariffs on vehicle imports from South Korea in 2016. When the TPP comes into effect, it therefore seems unlikely that the Pacific Rim agreement will immediately boost Japan's competitiveness in exports to the U.S.

The United States accounts for over 30 percent of Japan's exports of finished vehicles.