TPP and GMOs? So Far, We Have Very Little To Go On. 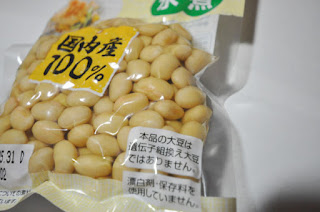 Germany, France, Japan, and a lot more countries, have totally rejected genetically modified organisms (GMOs) while the US, Canada, Brazil, and a few others can't get enough of it. Even Australia grows the GM canola, and sells it to Japan as food oil. It is not properly labelled here, so Ajinomoto and Nisshin and others can sell it as "Salad Oil". Avoid food oils.

So how would the Trans Pacific Partnership agreement influence this state of affairs? Stay tuned, I don't really know. The TPP text is still kept secret. Japan has mandatory labelling laws that help consumers who want to know how their tofu or soy sauce was made. Even potato chips usually carry the label, "Not made from GMO potatoes" so stay tuned, we have very little to go on so far.


Update 1: This was just in the US radical magazine Mother Jones - I like this magazine a lot and especially this writer, Tom Philpott:

...Karen Hansen-Kuhn, director of international strategies for the Institute for Agriculture and Trade Policy.

Hansen-Kuhn also notes that the US trade representative's summary of the TPP contains this line: The "TPP Parties have also agreed to increased transparency and cooperation on certain activities related to agricultural biotechnology"—another way of saying genetically modified organisms, or GMOs. That's vague language, and the TPP's full criteria for GMOs has not been spelled out. But it certainly appears to place pressure on TPP countries that have opted not to use them, like Japan and Peru.

Germany has instigated a move to stop the growing of genetically modified crops under new European Union rules, according to official documents.

Germany will make use of new "opt-out" rules to stop GMO crop cultivation, even if varieties have been approved by the EU.
Christian Schmidt, German's Federal Minister of Food and Agriculture, has informed state governments of his intention to tell the EU of Germany's intention to use the new clause, according to a letter from the agriculture ministry seen by Reuters.
The move follows pressure from five state governments for a nationwide ban on GMOs instead of the current “patchwork” approach which leaves it up to German states to decide on a ban.