My Ten Best Movies With An Environmental Theme 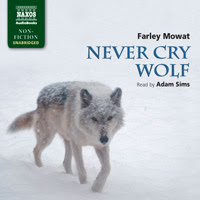 Wow, this is not an easy post to write! With all the media attention on environmental issues, it struck me as odd that there are so few movies about the state of our planet. Our natural environment and issues like climate change, pollution, loss of biological diversity, loss of fertile top soil (erosion) and such... Hey, you may even think Hollywood and the other movie studios around the world were sponsored by investors that didn't give a sh$%&t. So, what do you think? Do add your favourite movie with an environmental theme in the comments.

My Best Movies With An Environmental Theme:

Local Hero (1983) about an oil company representative sent to the Scottish village of Ferness to purchase the town and surrounding property for his company. Music by Mark Knopfler. (Thanks Tom for introducing)

Never Cry Wolf (1983) about a researcher assigned by his government to travel to the Canadian Arctic to study the wolves that are believed responsible for the reduction of the caribou population. Instead, the main reason for the declining population of caribou is human hunters from civilization. (Thanks P for finding)

Erin Brockovich (2000) about the brave fight against pollution in the US. True story. Hodgkin's lymphoma, anyone?

Waterworld (1995) about an era in the future when the polar ice cap has completely melted due to climate change. A bit silly, really, with what's-his-name as the main actor.

Bladerunner (1982) about a future Los Angeles when all has gone wrong to Earth that could possibly go wrong - except for the great music, the great scenery, and the great cast, this could have been a really depressing film. Based on Philip K. Dick's novel.

The Day After Tomorrow (2004) about global cooling and survival against all odds. A little heavy on how America would respond to such events, if you ask me, as if that country is an island, unaffected by what happens elsewhere on our planet. The film makers did not hide the fact that the weak president and the strong(-ish) vice president were intended to criticize the climate change policies (or lack of them) by the US administration at the time.

Soylent Green (1973) about what we may be eating in a future where agriculture is no longer an option, due to climate change, pollution, overpopulation, depleted resources... you name it. Great story, not for the faint of heart.

The China Syndrome (1979) about a nuclear plant disaster that almost happened, and security flaws that were covered up, and the attempt by independent journalists to tell the story. Just in time for the Three Mile Island accident in the US.

Mad Max 2 (1981) about a world were fuel is scarce and people will kill for a tank of gas. OK, not a story I like a lot, but it may have reached an audience that would not normally understand issues like peak oil and resource depletion. As in, no more cheap gasoline. Ever.

Howl's Moving Castle (2004) about a world caught up in war and general destruction, with a little girl turned into an old lady, and the usual (i e unusual) magic from Studio Ghibli, by Hayao Miyazaki.

Bonus: Äppelkriget (The Apple War) (1971)  A business man comes to Österlen in the south of Sweden to build Deutschneyland, a gigantic amusement park for German tourists. The local councilors and the member of parliament are all in favor of the idea, although it will turn vast areas into parking lots for cars. The Lindberg family does not like the idea and with the help of a little magic, they start scheming against it. Lovely music that I grew up with, including this hit record...

Pandabonium said…
Another I like which fits into this theme was also directed by Miyazaki:
"Nausicaä of the Valley of the Wind" (1984) - it was put out by Disney before Studio Ghibli was around.
4:18 pm, April 26, 2019

Martin J Frid said…
Thanks P, great suggestion. Most of Miyazaki's anime movies have an underlying theme. He was ahead of his time with some of them too.
8:43 pm, April 26, 2019