Dark Side of the Moon

October 20, 2006
Found these SIX videos that just are so marvellous, from the 2003 documentary of the making of Dark Side of the Moon. I had to share them with everyone. "The sun is the same, but you are one year older..."

(Voted number one best album to make love to in 1990 by Australian radio listeners!) 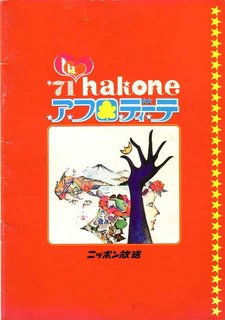 And, as a bonus, Pink Floyd performing Atomic Heart Mother live in Japan, August 1971 at a music festival at Hakone Aphrodite: