Oil ? Forget about it. 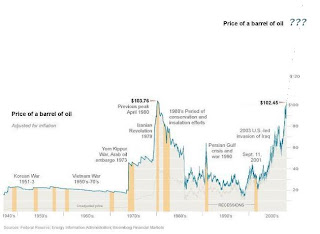 Only six weeks ago, The New York Times tried to minimize its "relentless rise in recent years", noting that "oil prices rose to an all-time record during the day... then pulled back to close below the record." That is how they tell the bad news to the American public: Make it sound pretty bad, but then get that warm, cozy feeling that soon all will be all right.

Except, this time it will not.

Six weeks ago! What a difference a month and a half makes. Now oil is at $117 a barrel. Who would have guessed.

Note the "...Then Recede" in the New York Times headline, six weeks ago. Sorry, editors. It did not really recede, you just made that up. You lied. 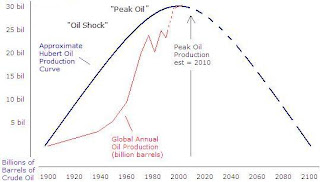 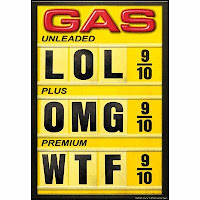 That's up 1,950 yen, or about 19 dollars, from last Friday. This came after the benchmark WTI crude futures index in New York hit a new high of 117.05 dollars per barrel at one time during before-hour trading on Sunday. 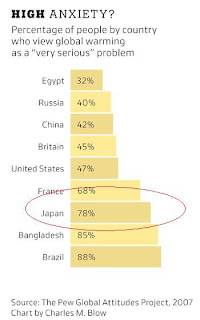 Oil? Bad idea. Let's forget about it. Seriously. A four-year old child could have seen disappointment looming... And here, people do care: The Pew Global Attitudes Project shows that 78% of Japanese people care about global warming (compared to the US, where less than half thinks it matters: Do you?)

Things we can do about it? Sure! Lets:

* reduce our driving (take trains instead)
* turn off lights and AC in rooms we do not use
* do change from our old light bulbs to fluorescent lamps, compact fluorescent lamps, halogen, specialized semiconductor development lamps, luminaries and more...
* properly switch off our gadgets (such as TV, video) when not using
* we can stop flying long distance (seriously)
* we can eat less meat, or become vegetarian says Sir Paul McCartney ;)

owenandbenjamin said…
I'm glad the price of oil is going up. Maybe it will get more people out of their cars or at least into more fuel efficient vehicles.

Martin J Frid said…
Hi tornado, that sounds like a good plan. Actually, I'm a bicykle lover, and I look forward to the day when all those nice highways are all ours ;)
7:21 pm, April 28, 2008