November 23, 2008
Have you ever seen Tchaikovsky's Swan Lake performed on stage? I was lucky as a young boy to see both this and the Nutcracker at the Malmö Stadsteatern (built in 1944), and then the Aida opera by Verdi, around the time when I was 9 or 10.

Swan Lake was written in the 1870s and received its premiere on February 27, 1877, at the Bolshoi Theatre in Moscow, but credit for the version we are used to seeing belongs to the Mariinsky Theatre in St. Petersburg.

If you like Japanese animation, I'm sure you know that Toei did a wonderful Swan Lake (白鳥の湖, Hakuchou no Mizuumi) back in 1981... 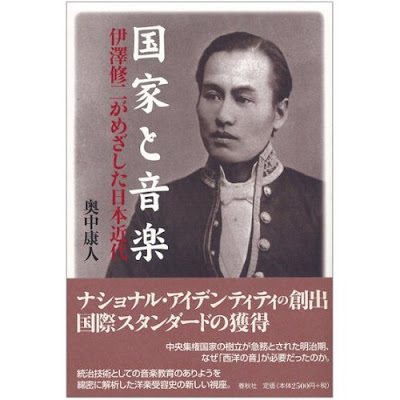 The first performance of Swan Lake in These Parts Of The World was on August 9, 1946 by the Imperial Garden Theater. Their roots go all the way back to 1911, when Toho opened a theater in Marunouchi, central Tokyo. Today, Tokyo has seven major symphony orchestras. And classical music is incredibly popular. According to a 1950 article in JSTOR, western music was introduced here in the early Meiji period, some 130 years ago:

Among the far-sighted Japanese of that day was Shuzi Izawa, who returned from the United States, where he had been sent for training, enthusiastic in the cause of Western music. Largely due to his efforts, the Institute [for Musical Research] was founded, and he became its first director.

Shuzi Izawa? Today, his name is spelled Izawa Shūji (1851-1917). He was born in Shikoku, in the Tokushima Domain of the Edo era. "National identity..."

Imagine the journey he would be taking, all the way to Boston!

Izawa studied education for three years in the Untied States, became an educational official in the new Meiji government, and, although not a musician, became the supervisor of music education. In 1879, he submitted "Plan for the Study of Music" in which he advocated a creating a distinctive form of modern Japanese music by mixing Japanese and western elements. To carry out this plan, Izawa brought in Mason in 1880, who was a professional musician. Later that year, twenty-two students, mostly women, enrolled in a course in music studies directed by Izawa and Mason.

Having worked at NHK, I always tend to check their websites, as I know they were often very early and I was not disappointed: