to select or adapt (as by obscuring or removing sensitive information) for publication or release; broadly : edit. 3. : to obscure or remove (text) from a document ...

Over at Consumers Union of Japan we have come across this on several occasions, including our request to get details about Japan's handling of mad cow disease (BSE) and related documents, pertaining to beef imports from certain countries, and GMO (Genetically Modified Organisms), and synthetic growth hormones (rBHG), where our experts finally in some cases were able to access data, but not allowed to photo copy it, thus had to endure a long process of writing it all down by hand.

POLITICO Pro
October 25, 2013 4:13 PM
Lawmakers rail against USTR’s use of the black marker 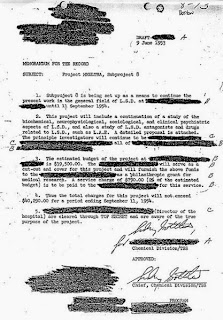 Rep. Alan Grayson couldn’t believe the response he got when he asked the top U.S. trade official to provide the negotiating positions of the other countries involved in the massive Pacific trade deal.

The document was so heavily redacted he couldn’t tell who was negotiating on what.
“The only thing that I’ve been provided to date — and I’m practically the only member who has been able to get this much — was a document that was redacted in such a way that I could not tell which participants were taking which negotiating positions,” the Florida Democrat told POLITICO, adding that he “had quite a confrontation” with officials in his Capitol Hill office over the matter.

Also, while members of Congress have complained loudly about the USTR’s transparency, the level of consultation in the United States strikes envy in the hearts of lawmakers in other nations where a heavy use of black markers by trade officials would be better than the current practices.

In Japan, for example, industry officials and lawmakers are not allowed to preview trade proposals, a lobbyist representing Japan’s agriculture interests told POLITICO. This information gap is causing Japanese legislators to worry that negotiators will cave on protecting sensitive agricultural items from tariff reductions or eliminations, the lobbyist said.

In Canada, parliamentarian Don Davies, the opposition New Democratic Party’s point person on international trade, demanded Prime Minister Stephen Harper allow legislators the same access to the text that U.S. lawmakers get. The different level of transparency gives the U.S. Congress an “undue advantage,” he said in an Aug. 28 statement.

“If the U.S. can allow its legislators to see the TPP text, there is no reason that Canada can’t,” he said.

Opposition parties in other member countries have seized upon transparency in trade as a political issue as well.

In Malaysia, the country’s opposition leader, Anwar Ibrahim, who ran a close race against Prime Minister Najib Razak in May, forced a response from the country’s top trade official. Malaysian Trade Minister Mustapa Mohamed acknowledged that growing discomfort in Malaysia over the lack of transparency and urged his fellow trade ministers to explore “other means to enhance transparency.”

In New Zealand, David Cunliffe, who took over last month as the head of the Labor Party, focused one of his first public statements as party leader on the transparency of the TPP talks. He demanded that the government put the negotiating text in the public domain. “There are some real fish hooks,” Cunliffe said, referring to issues of concern to New Zealanders. “Investor-state relations is one, farming is another, the intellectual property rules are another, the degree and rate of upside in our agricultural trade opportunities is unknown.” 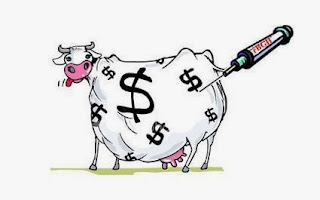 (Images of redacted/deleted pages not related to TPP, but looking exactly like what we/consumers/the general public/citizens are increasingly getting from our governments)

More over at Seetell.jp: Japan 'Cow-Tows' to US Beef Lobby

We have been warning about the many and various problems with the US-led TPP free trade agreement for many months.  One of the problems is that it is shrouded in secrecy, so secret that members of the US Congress tasked with oversight of the agreement have not been able to view the texts of the negotiations…until now.  And they not seem very happy with what they are seeing.  This is one…


Yesterday, Congressman Alan Grayson [...] announced that he had been allowed to read the text of TPP – and that it is  an anti-American power grab by big corporations:


Last month, 10,000 of us submitted comments to the United States Trade Representative (USTR), in which we objected to new so-called free trade agreements. We asked that the government not sell out our democracy to corporate interests.
Because of this pressure, the USTR  finally let a member of Congress – little ole me, Alan Grayson – actually see the text of the Trans-Pacific Partnership (TPP). The TPP is a large, secret trade agreement that is being negotiated with many countries in East Asia and South America.
The TPP is nicknamed “NAFTA on steroids.”  Now that I’ve read it, I can see why. I can’t tell you what’s in the agreement, because the U.S. Trade Representative calls it classified. But I can tell you two things about it.
1)    There is no national security purpose in keeping this text secret.
2)    This agreement hands the sovereignty of our country over to corporate interests.
3)    What they can’t afford to tell the American public is that [the rest of this sentence is classified].


Having seen what I’ve seen, I would characterize this as a gross abrogation of American sovereignty. And I would further characterize it as a punch in the face to the middle class of America. I think that’s fair to say from what I’ve seen so far. But I’m not allowed to tell you why!

The US has led the TPP since it usurped the process from several Southeast Asian nations several years ago.  Since then, the entire thing has been classified, available only to the Obama administration, the leadership of participating nations … and 600 of the world’s largest and most powerful corporations which are involved in nearly every aspect of life on this planet.
From Monsanto which brought Asia “Agent Orange” and now is the leading source of patented genetically modified seeds (GMO) to investment bank Goldman Sachs, a key player in the financialization of the global economy.  From drug maker Pfizer who wants protection in the TPP which would stifle the production of low-cost generic medication to General Electric, maker of the now infamous Fukushima Daiichi reactors and a proponent of restarting Japan’s nuclear reactors.  From automakers Ford and GM which are demanding greater access to Japanese markets to big-farm agricultural giants like Archer-Daniels-Midland (ADM) which will benefit from Abe’s plan to force Japanese landowners to lease their small plot farms to ADM, one of the largest users of GMO seeds.
These companies are considered “stakeholders” in the TPP and are heavily involved in the negotiations.  Meanwhile, the people – the Japanese public and the hoi polloi of all member nations – who will have to live under the rules determined by these “stakeholders” have no say in the process.
Abe has agreed to this secrecy.  He knows who is making the rules of the pact.  He can not claim that the public is being properly represented in this deal which will change life forever in Japan and from which Japan will not be able to extricate itself in the future – under a more honorable and honest government.
The TPP is a complete sell-out to global corporate interests.  Rather than being a “free trade” deal designed to encourage competition and economic growth, it will stifle entrepreneurship and innovation, destroy small business, and effectively end Japan’s sovereignty.
At stake are…
Again, Abe should be intelligent enough to see the future for the nation under the restrictions and rules of the TPP.  That he is willing to negotiate Japan’s future in secret, without public input or debate, is incongruous with his position.  He is either not nearly as intelligent as he appears or his is complicit in the global scheme to end national sovereignty and replace it with political-corporatism…also known as fascism.
Economics 101 farming Food Food safety TPP

Pandabonium said…
I've seen it all before with NAFTA - North American Free Trade Agreement - rammed through by Bill Clinton. The result was devistation for Mexican farmers, huge loss of US jobs as manufacturing moved from the US to Mexico.

Like TPP, the whole deal was done under wraps and the public hadn't a clue until it was too late.