Great video by Dr. Neal Barnard about brain health, and how research supports eating a plant-based diet will help you avoid Alzheimer or dementia or forgetting your name at old age.

No kidding, the research is solid, showing that saturated fats and meat will in fact help build up bad stuff in your brain, adding to the metals you are exposed to and other stuff. You are at a higher risk.

Don't take my word for it, just watch the video.

One hour of very enlightening data and some laughs, Dr. Neal Barnard is that kind of guy. Come on, you have the time, or make the time. Your very own brain deserves it. They didn't teach you this at school, so it is up to you.

And why are old people in Okinawa so... old?

That is not going to continue to be the pattern if younger generations now change to eat spam (Spam?) and other dietary practices introduced after 1945.

Try Okinawan sweet potatoes as your basic food, instead of wheat or rice...

The Okinawan sweet potato is not related to the potato but is actually in the morning glory family. Native to the Americas, it was brought to Japan sometime between 1492 and 1605. The hardy plant grew well in Japan and quickly became popular in a variety of Japanese dishes. When it eventually made its way to the Hawaiian Islands, brought by the Polynesians, the crop flourished in the rich volcanic soil.
Sweet potatoes of all varieties are high in vitamin A, vitamin C and manganese. They are also a good source of copper, dietary fiber, vitamin B6, potassium and iron. Sweet potatoes are known to improve blood sugar regulation and some studies have discovered significant antibacterial and antifungal properties. The primary nutritional benefit, and the one for which Okinawan sweet potatoes are especially prized, is their high antioxidant levels.
The antioxidant known as anthocyanin is the pigment which is responsible for the brilliant purple color of the flesh. It is the same pigment that gives blueberries, red grapes and red cabbage their color. Blueberries are well known for their high antioxidant levels, however, the Okinawan sweet potato actually has 150 percent more antioxidants than blueberries. Antioxidants help to guard against cardiovascular disease and cancer.

Read more: Down To Earth.org

But that is not how things work on the ground, here in Okinawa.

Thus the Okinawans, who have basically gone for the standard American diet (SAD), - people in Okinawa are now more obese than anyone else in Japan.

What impact will these kinds of dramatic dietary changes have on body shape and life expectancy? This question has drawn the eyes of the medical world to Okinawa.
Hideaki Tanaka, a doctor who treats lifestyle-related diseases in Tomigusuku city, was interviewed on the topic by a French TV channel last autumn. "We want to tell people about the crisis in Okinawa," crews from France said to him. He has also been interviewed by the U.S.'s CNN channel and South Korea's KBS. As Tanaka sees it, Okinawa, with its drastic dietary changes, is attracting attention as a "testing ground" for the world.
"The Okinawan crisis is a sign of things to come for the rest of the planet. Perhaps people are coming here to try to find solutions to the problem," he suggests.
In a Japanese public health and nutrition survey into obesity levels, released for the first time this year, Okinawa topped the national rankings, with 45.2 percent of all adult males aged 20 to 69 classed as obese with a BMI of 25 or over.
According to a study by Hidemi Todoriki, an associate professor at the University of the Ryukyus Graduate School, the fat content of the Okinawan diet has risen sharply over the years, up from 10 percent in the 1960s to more than 25 percent in the 1970s. It now stands at the 30 percent mark, up there with Western diets. At the same time, consumption of konbu seaweed, a traditional ingredient in Okinawan cooking, has fallen to less than a third of what it was 30 years ago.
The BMI of a 40-year-old Okinawan male was below the national average in 1949, soon after the war. However, with social factors also taking their toll, things had changed by the time the territory was returned to Japan. By 1982, the BMI of this demographic had risen to around 25, higher than the national average of 22.8.
The change of diet has also put to the test Okinawa's longstanding claim to be "the long-life prefecture." After ranking fourth in 1995, the average life expectancy of Okinawan males plunged to 26th in the national chart in just five short years, prompting talk of a "26 shock" within the prefecture. Nothing much has changed since, with the most-recent survey in 2005 placing Okinawa 25th in the national rankings.
The situation has also deteriorated when it comes to lifestyle-related diseases, with younger people aged 65 and under accounting for more than 20 percent of all deaths in the prefecture, the highest level in Japan. To explain this phenomenon, some have pointed to the lack of exercise in this car-driven society, while others have touched on economic problems, such as the reluctance to spend money to meet ballooning medical costs.
At the same time, though, people are starting to reappraise the food eaten by ordinary people during the era of long life expectancy. For example, the prefecture is examining the idea of bolstering school meals with Okinawan vegetables, which can help ameliorate high blood pressure and reduce body weight. 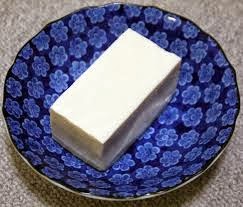 And yes, Dr. Neal Barnard likes that you eat tofu, but do make that organic if you are in the US, as most of the rest is genetically modified. Here in Japan we have more choice as farmers here do not grow GMOs and there are so many green vegetables to choose from, seasonally.

I'd add miso to that list of health foods, soy based and do add some veggies to make it a proper dish. Miso soup is not just "soup" but a wonderful way to enjoy a complete vegan/vegetarian meal. As we consider a future with a lower carbon footprint, I can think of no other way to get there but the vegan/vegetarian diet, more or less. More, preferably. And, I think that means more of the Japanese way of eating, traditionally.

Of course, if you prefer McDonald's you are supporting a money-loosing concern (where is the market economy and its invisible hand when you need it?) closing hundreds outlets in Japan as consumers are not that interested anymore.

2010: McDonald's to Close Hundreds of Outlets in Japan


December 19, 2013
(Bloomberg) — McDonald’s Corp.’s Japan business plans to close 74 outlets in the country as the fast-food operator cut its full-year profit forecast by more than half in its second-largest market.
Net income will probably be 5 billion yen ($48 million) in the year ending December, 57 percent lower than its previous forecast, McDonald’s Holdings Co. Japan Ltd. said in a statement to Tokyo’s stock exchange yesterday.

Good, I'd say, considering the health impact this kind of diet will have in Japan, and I agree with Dr. Neal Barnard that this is a battle much like the anti-tobacco fights some 20 years ago. We have to get people off junk food, or all kinds of health problems will just continue to go off the charts. 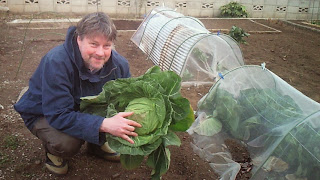 Also in that video, advice on avoiding too much iron or copper or aluminum too. Reduce. Not good for your brain. Eat your greens, think about what a plant-based diet really means. Eat more veggies, more fruit, eat no meat or try to reduce. Avoid processed foods with all kinds of additives and - ok, enough It's not that hard. Go for the greens. As for tofu, I think that has got to be the best culinary answer to all our prayers.

The case for a vegan world

And yes, you can make vegan pizza, do check out Herwin's new book! 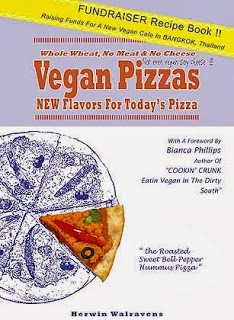 It is a modest 61 page book with  pizza recipes and general guidelines how to make a tasty vegan pizza. Making a tasty vegan pizza is basically different from making a regular non veg pizza.
This book is from 4 years experience baking vegan pizzas in a vegan restaurant in Bangkok, Thailand. It is a fundraiser cooking book ; with the sales of this recipe book i aim to get enough funds to start a new vegan cafe in Thailand.
This first edition is in PDF, EPUB, and Kindle. If i get enough positive responses i will make an extended second edition in full color paperback.
Support the book and a new vegan cafe and buy the pizza book !
The ebook costs 6.99 us$, please paypal to herwin1234@hotmail.com and i will send to you in a few days.
Read more about the book and see some pages on http://fundraiserveganpizzarecipes.blogspot.com/
Thanks !
Herwin
Climate change education Food Food safety GMO Okinawa Organic reduce Thailand

Pandabonium said…
Thanks for posting this. Niel Barnard is a hero for me. One of several plant based doctors who made all the difference for me as I recovered from a hemorrhagic stroke in 2012!

I hope people can catch on BEFORE a catastrophe strikes them and learn the power of food for health.
5:39 pm, December 27, 2013