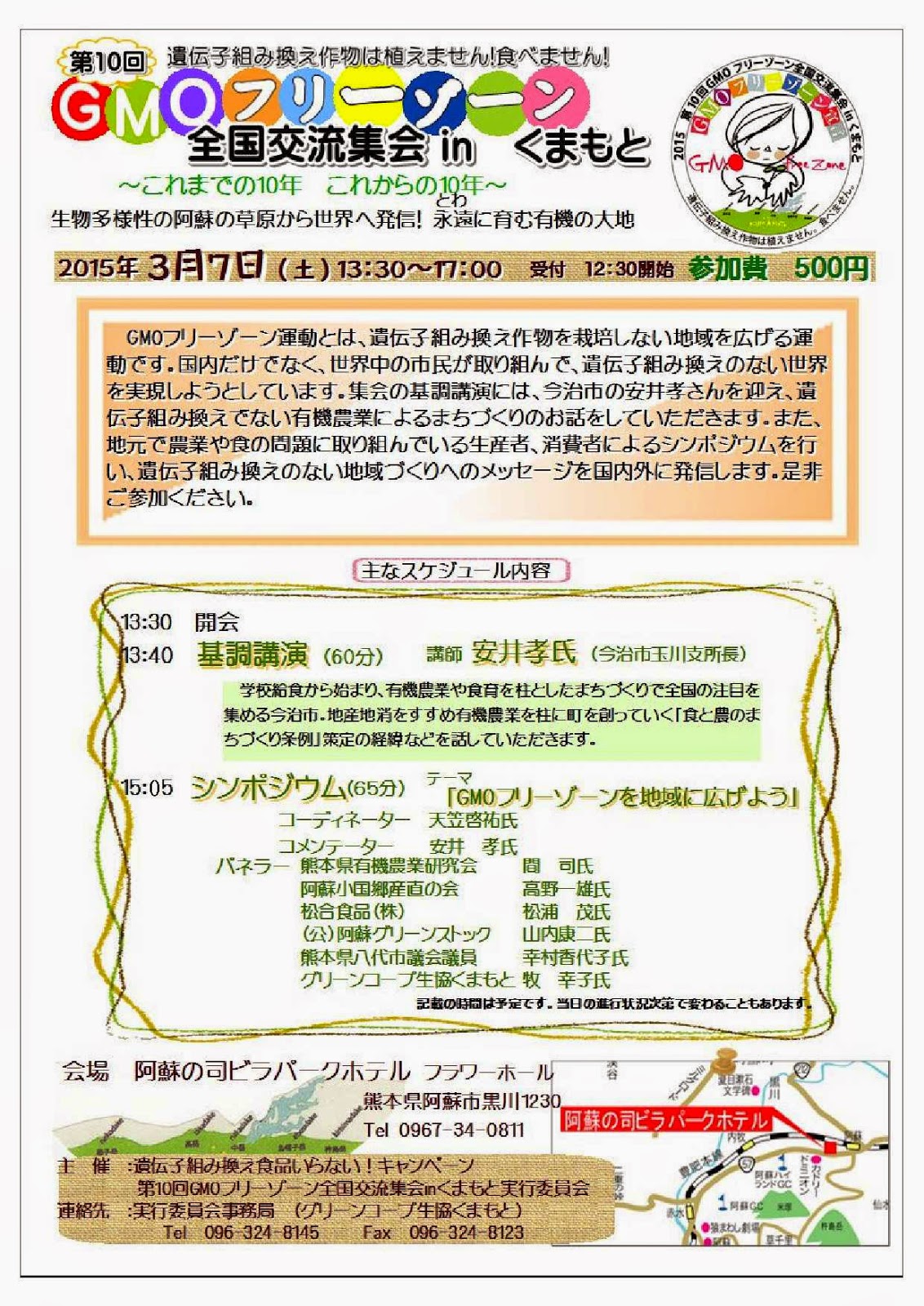 Care for healthy food and want to join the discussion how to make it better, here in Japan...

How about joining the Japan Organic Agriculture Association conference in Tokyo this weekend? JOAA is the oldest organic group in Japan, founded in 1970. They are known abroad for their work promoting teikei, which is a system to connect farmers and consumers. While similar schemes have evolved in other countries, like the Community Supported Agriculture (CSA) trend, teikei is about more - how agriculture can support communities.

I will speak in a panel on Sunday March 8, but there is a lot to do and enjoy during the 2 days, including films and seminars by Japanese organic farmers and experts. For more, check out the JOAA website about teikei (E) and details about the conference (J) on March 7-8, 2015 at the Kokugakuin University in Shibuya. Tema: Healthy food and soil for our children.

If you are in Kumamoto, you can attend the GMO Free Zone Meeting on Saturday March 7. This is the 10th such event and everyone in Kyushu will be there. Last year's meeting was in Tochigi prefecture, and the movement is just getting bigger. From 13:30 - 17:00 at the Aso Villa Park Hotel. Details here (J) and here (J).

This is part of a huge global trend to focus on farmers' rights and to support consumers who do not want genetically modified organisms (GMO) if they learn what it entails. Green Co-op and other Kyushu groups join the No! GMO Campaign and Consumers Union of Japan, and many others, while corporations like Ajinomoto are involved in GM research. Read more in English over at the GMO-Free Regions Website (E). 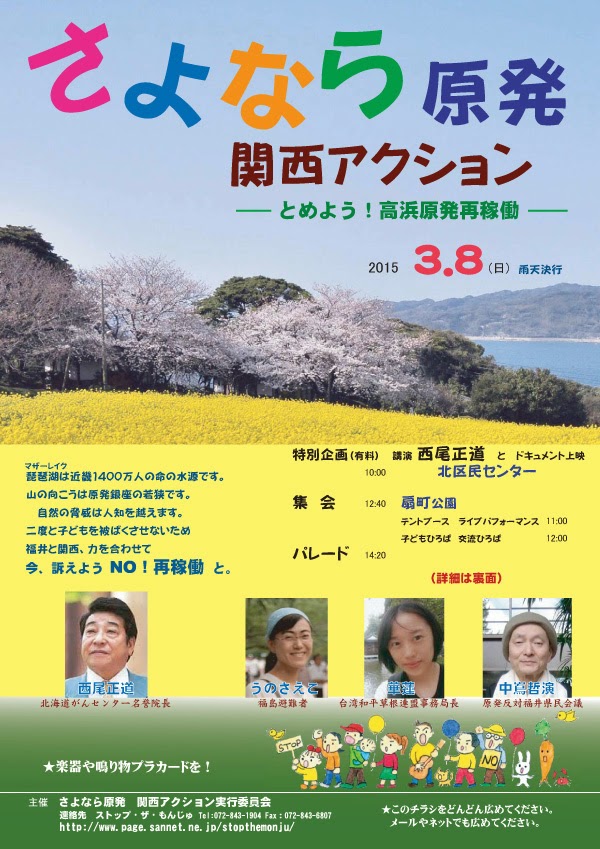 And if you are in Kansai, you can join the Osaka meeting (and live & parade) to protest against the controversial Takahama Nuclear Plant on March 8, at the Kita-ku Civic Center from 10:00.More info over at Genpatsu Zero no Kai Osaka (J).

Takahama is slated for using MOX fuel that contains 7% plutonium, but all four reactors are currently idle. The Kansai Action group opposes the restart. Sayonara!

Read more about Takahama on the Green Action website (E).

There is citizen protest against restart of the Fukui Prefecture reactors. Fukui Prefecture citizens are petitioning to stop restart of all the nuclear reactors and Kansai area residents are addressing evacuation, seismic, severe accident and other issues.