August 16, 2018
It was just great to take the train and then the bus and suddenly it was there, way south of London, this airport that had been a fixture of my imagination for so long. The end of the journey for the two characters in my novel, and there it was. A much larger white Art Deco building than I had imagined, and as I took the tour, "Where is the airfield?" I had to ask.

The Tower has been wonderfully restored and is also used for offices. 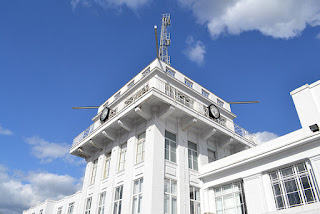 You can take the tour and walk up into the Tower, and enjoy the displays. And, yes! There is a delightful collection of photos and other items related to the 1937 flight from Tokyo. 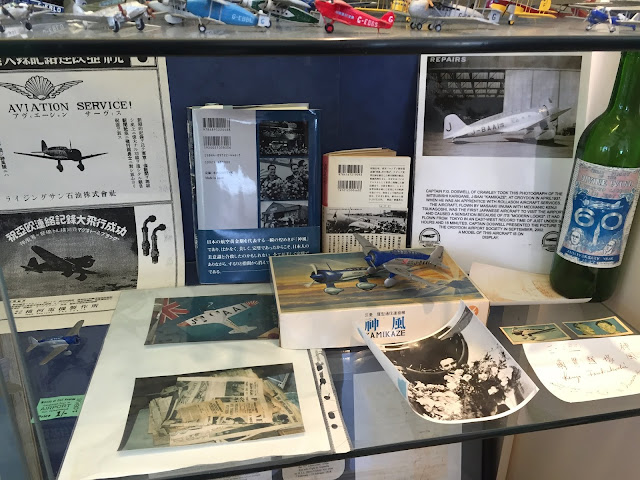 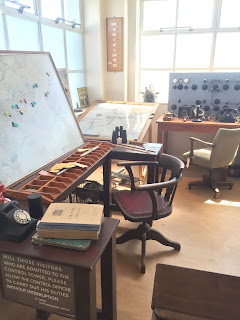 Peter Skinner was my guide, and he invited me to the Archives, where I could go through their official file called "Divine Wind" - the translation of the Japanese word kamikaze. Remember, please, that the April 1937 flight that I describe in my novel happened before the end of WW2, when that particular word took on a completely different meaning. 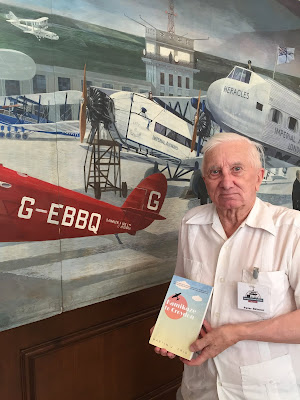 Closed in the 1950s, and left to rot, and not much to save, until the volunteers moved in and created this wonderful museum that is only open once a month. Make sure you catch it if you are in London. It is well worth a visit.


Hello Martin,
Thought the picture of you was very flattering!
Yes, the Pathe News clip of the arrival was very good and shows scenes very similar to those in the stills in our collection.
As an aside. The film clip shows one of our famous aviation personalities - The Master of Sempill, who had connections to the Japanese Navy, welcoming the two fliers at Croydon. Believe it or believe it not, in 1955, when I was an Officer Cadet in the Royal Air Force, I was inspected by the self-same Master of Sempill, at a Passing-out Parade in the Isle of Man. He came over from the Scottish Highlands and was dressed in a ragged shepherd's cloak and was carrying a shepherd's crook, whereas we were all dressed in immaculate uniforms! We all had a big laugh afterwards!
Best regards,
Peter Skinner

The guides all have personal stories to tell, they know the place in and out. I had the best time, thank you all so very much. I thought the picture of Mr. Skinner holding my book was rather flattering, too. 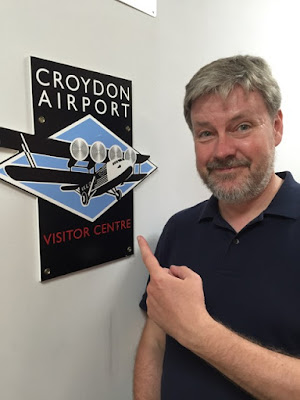 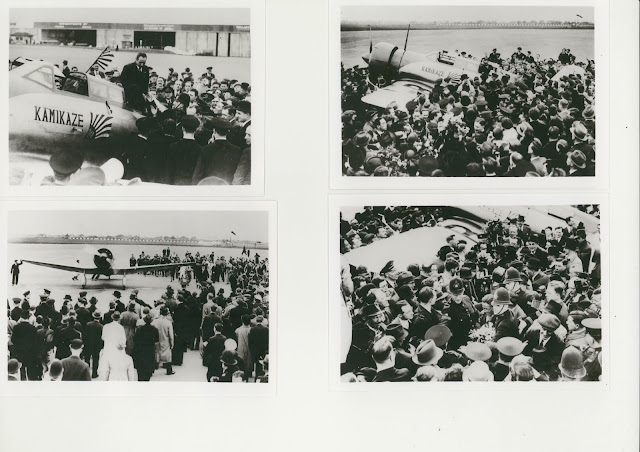 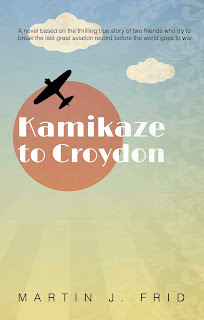