August 20, 2018
This summer I had another task except visiting Croydon in London, as described in the previous post. I also wanted to go back to the Swedish F10 Royal Air Force Flight Museum in Ängelholm, a town in southern Sweden. My youngest aunt Gertrud worked there as a nurse until the air base was closed by the end of the Cold War so she was my guide. 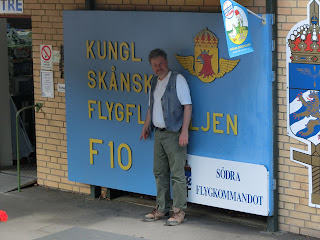 The main reason I wanted to pay it a visit is that it has what I believe is the only complete exhibition of how Swedish airfields could be used as emergency landing places for returning airplanes, mostly bombers, after terrible raids deep into Nazi Germany during World War 2. Many hundreds of pilots and their crews were rescued this way, most of them young Americans and Brits, but also Canadians - and even a handful of German airmen. 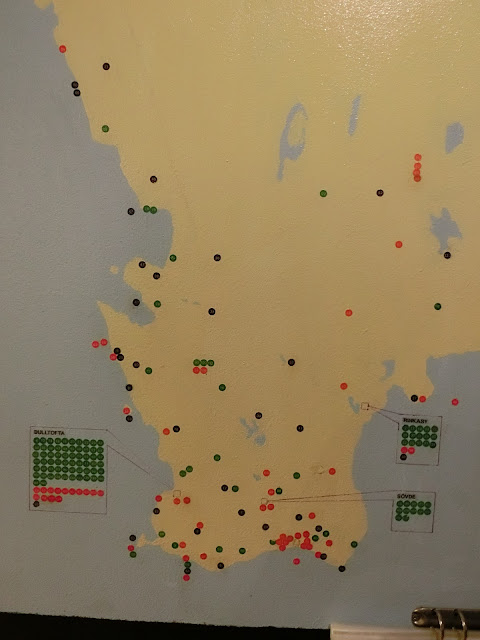 This map shows southern Sweden. Each of the top (dark green) dots represent American airplanes. The middle (red) dots represent British airplanes, and the bottom (black) dots German airplanes. As you can see down at the lower left, most airplanes were escorted to Bulltofta airfield in Malmö, the city where I was born.

At least 62 American planes, 14 British and at some point or another, one German, landed at Bulltofta in Malmö.

Rinkaby was another airfield that saw a lot of action, which all escalated especially in the summer of 1944, as well as in the lower right, showing how some 12 of these huge American planes would have managed to land at tiny Sövde airfield near Sjöbo. It is a story that needs to be told again, don't you think?

And here is how to connect the dots, so to speak - it was the duty of Swedish pilots belonging to the Royal F10 Scania (Skånska) Air Force Wing to intercept the foreign airplanes, find out their status, and guide them to safety at the bigger airports like Bulltofta (or guide them out of Swedish air space if they did not need to make an emergency landing, but were simply lost).

Here is one image of the displays from the F10 Flight Museum homepage. 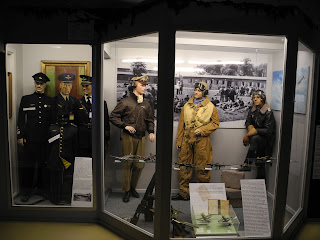 These missions were often flown during the night, so the help of the F10 pilots must have saved many lives.

As you can see from the other dots, many other bombers and airplanes crashed in rural areas of southern Sweden, without much hope of aid or rescue. For more details, check out the Forgotten Airfields homepage.

Of course this has been described by WW2 historians, but I feel that somehow, the story needs to be told properly, and all the Swedish F10 pilots ought to be given a big "thank you!" 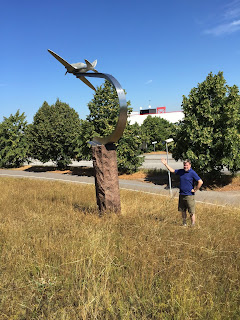 There is only a very small monument at Bulltofta in Malmö, and at a nearby church in Kirseberga, a black marble memorial to the Swedish pilots who fell in the line of duty between 1941 and 1945. 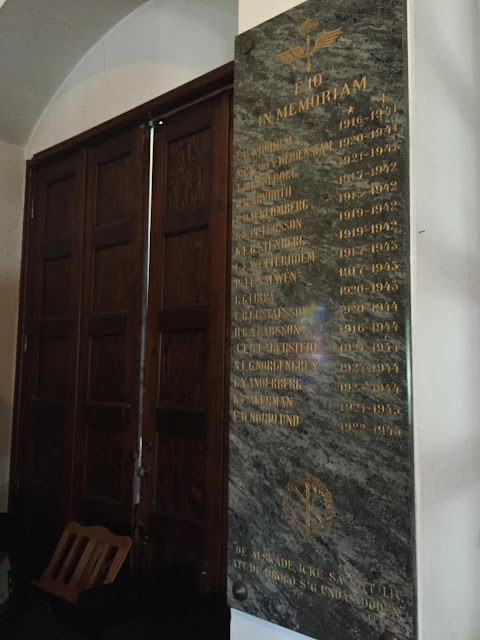