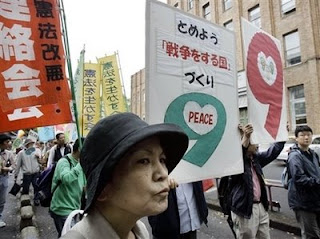 A unique three-day international conference is being held at Makuhari near Tokyo, a day after the 61st anniversary of the enforcement of Japan's Constitution. It is organized by nongovernmental groups, including Japan-based Peace Boat. Organizers said the meeting will provide an opportunity to discuss the significance of the constitutional article that endorses demilitarization and what people can do to promote its spirit, notes The Japan Times.

While the constitution stipulates that Japan renounces war as a sovereign right and that it will not maintain land, sea and air forces, the ruling Liberal Democratic Party has been keen to make amendments. 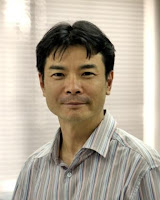 "The war in Iraq has shown that even the strongest, biggest army in the world can not keep peace in a single city. It proves that aggression never instates peace," Tatsuya Yoshioka, director of Peace Boat and a representative of the event's organizing committee, said during the opening remarks.

"Article 9 is a treasure of all mankind. It must be protected," he said.

The conference's organizing committee and more than 100 supporters adopted a declaration urging governments around the world to reduce arms, work on peacemaking and abolish war.

The declaration said Article 9 can work as an international peacemaking mechanism and that other countries can introduce similar ideas into their constitutions. It also called for starting a global movement to promote the spirit of Article 9.

The event is being supported by more than 70 groups, and 100 peace activists and legal experts from more than 43 countries. Approximately 10,000 people attended the opening-day sessions. Organizers of Sunday's event, including the groups Peace Boat and the Global Partnership for the Prevention of Armed Conflict, say the principles of Article 9 can be applied globally to issues such as human rights, disarmament, the environment and development, according to AP.

Similar gatherings are to be held in Hiroshima on Monday and in Sendai and Osaka on Tuesday. 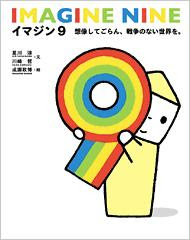 * Join 10,000 people from around the world to voice your support for the existence and principles of Article 9
* Join the people of Japan in protecting their peace constitution
* Take part in an active network of international movements to shift resources from the military to sustainable development and human security
* Hear keynote speeches by international peace advocates including Nobel Peace Prize Laureate Mairead Corrigan Maguire and President of the Hague Appeal of Peace Cora Weiss
* Share your views or activities through a "self-organised event" - be it a performance, debate, symposium or workshop (contact article-9@peaceboat.gr.jp)
* Contribute to the creation of a Global Article 9 Action Plan to Abolish War
* Experience cultural events in collaboration with civil society from all over the world
* Call for peace constitutions for every country.
* Voice your support for Article 9 by signing the Global Article 9 Statement here

(Kyuu-to or Cute is the official mascot of the Global Article 9 Conference - Kyuu means 9 in Japanese...)

Update: I found a Youtube video of the Makuhari conference here!