Why does Japan want to produce plutonium? 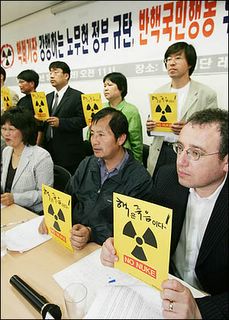 The advanced, civilian nuclear programs of Japan and South Korea could pose a greater proliferation threat than North Korea’s nuclear weapons development, according to Shaun Burnie, an anti-nuclear campaign coordinator working for Greenpeace International. He said the proliferation of weapons-usable nuclear materials by the two countries is ``out of control.’The Scottish activist said Japan already has a 45-ton stockpile of plutonium and could rapidly develop a large atomic arsenal if it felt justified.

His warning comes as delegations from around the world opened a month-long review of the nuclear Nonproliferation Treaty (NPT) at U.N. headquarters in New York on Monday.