NHK: What is kemari? 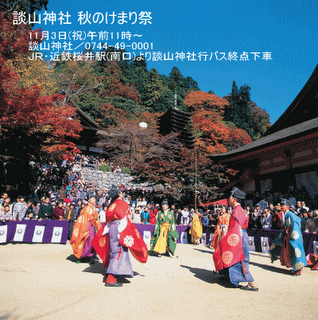 Like most places across globe, Japan is caught up with the World Cup soccer finals. The game hasn't been played all that long in Japan, but the country has its own brand of football with a thousand-year-old pedigree. "Kemari" is still played in Kyoto, where it first gained favor among aristocrats.

The object of Kemari is to keep one ball in the air, and all players are cooperating to do so. The ball, known as a Mari, is made of deerskin. The ball is stuffed with barley grains to give it shape. The player who kicks the ball is called a mariashi (ball-foot). A good mariashi makes it easy for the receiver to control the mari. Played with loose rules as a fun sport competition at first, by the twelfth century kemari had become highly ritualized by Heian court nobles (like Genji), who apparently didn't spend all their time writing poetry.