November 19, 2010
There have been massive protests all around Japan during the last week against the proposed TPP (Trans Pacific Partnership). It is a new "free" trade agreement that would make it virtually impossible for Japanese farmers to compete with cheap imports. There is nothing to gain for consumers either, while business and labour think it could be a great idea to revive manufacturing and exports.

I collected some photos from Yokohama (Boston.com), Sapporo (website of Matsuura Munenobu, a local politician), Tokyo (website of Hyogo JA Group), and Fukuoka (Nishi Nippon Shimbun). There is much more on the web, of course, as farmers here are up in arms against a trade deal that is as unfair as they come: reduce all tariffs at once! import more food! get rid of any safety net that is left for farmers in Japan!

Note that the Boston.com Post photo (38) is part of a huge group of some 50 images of protests around the world over the past weeks. Do explore. 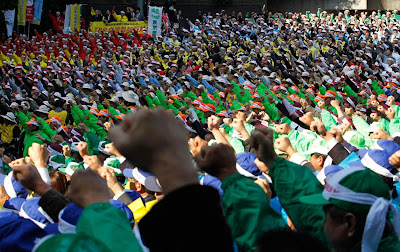 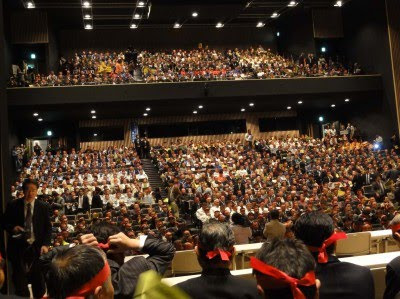 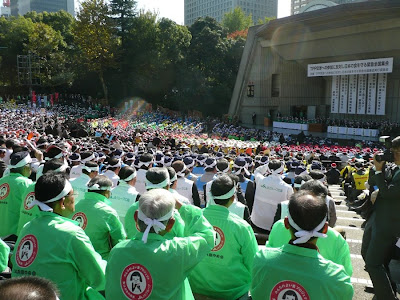 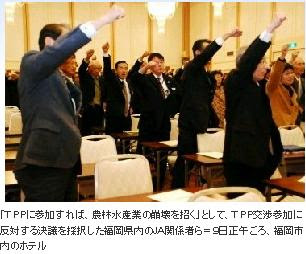 (Bonus video from the Anti-APEC demonstration in Yokohama on November 13, 2010)

Update 1: Excellent article on PanOrient News: Asia is "Not Ready Yet" For Trans-Pacific Partnership by Anthony Rowley