TPP Links About Food And Farming 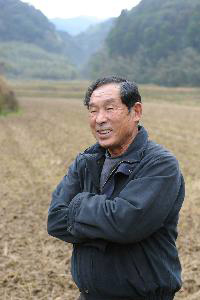 I'm more and more impressed by the amount of debate about the Trans Pacific Partnership (TPP) negotiations in Japan. Here are a few links.

The Mainichi: Japanese participation in TPP talks bad news for everyone involved

Michio Ushioda, Expert Senior Writer notes: The TPP has such great value precisely because it is aimed at complete tariff elimination and trade liberalization, without exception. Demands for special consideration risk watering down this basic principle and producing a weak agreement. In other words, it may be better for the rest of the world if Japan were to turn down TPP participation.

Soichi Yamashita is a Hokkaido farmer who knows of what he speaks. Do read his heartfelt appeal:

The Mainichi: Farmer to urban dweller over TPP: 'You would starve if Japan's agriculture collapsed'

"There's no problem as long as you can buy food. However, if Japan's economy went bankrupt, you would starve without the domestic agricultural industry. I'd be all right because I'm a farmer. I wouldn't mind if Japan's agriculture declined or died down because I can produce what I eat," replied the farmer, 76-year-old Soichi Yamashita. "It's you -- not me -- who would starve."

"Urging farmers to send high-quality Japanese agricultural products to wealthy citizens in Hong Kong is tantamount to demanding low-income earners in Japan eat cheap Chinese farm products," he says. "If Japan were to sign the accord, opponents of Japan's participation in the TPP couldn't eat safe, high-quality agricultural products. Only those who are promoting the TPP could eat such farm products. How disgusting."
Yamashita believes that if Japan were to be a party to the TPP, it could lead to the disbanding of agricultural cooperatives, the elimination of the Agricultural Land Act and the liberalization of private companies' entry into farming. In other words, companies would replace agricultural cooperatives. Such development would certainly please advocates of structural reform. However, Yamashita points out that regional agricultural cooperatives are far more humane than private companies that purely pursue profits. He is worried that those in favor of structural reform could force farming households to recklessly seek profits by citing the examples of a few companies' success in farming, thereby destroying the regional communities of rural areas.
Yamashita expresses grave concern about the future of Japan's farming in "No wa Kagayakeru" ("Agriculture could glitter"), a book that records his discussions with 77-year-old farmer-poet Kanji Hoshi, who grows rice and apples in Takahata, Yamagata Prefecture.
A series of books authored by Yamashita are records of his struggle with Japan's trends of making light of and looking down on farming. His novel, "Gentan Jinja" ("Idle farmland shrine"), which depicts a farmer stretching a sacred rope around his idled rice paddy to prevent other people from dumping garbage there, was nominated for the Naoki Literary Prize in 1981.
Public broadcaster NHK made Yamashita's novel, "Hikobae no Uta" ("The song of the tiller") -- based on his experience of inheriting assets including farmland from his father who suddenly died -- into a drama in 1982.
Yamashita has inspected agricultural industries overseas on about 50 occasions, based on which he has written many essays.
It is widely believed that Japan had no choice but to participate in the TPP talks as part of efforts to strengthen the Japan-U.S. security arrangement. Despite the decision, the prime minister has emphasized that he will "protect Japan's rural scenery."
However, Yamashita is skeptical of the prime minister's words. "When farmers' incomes were half of what they are today, rural areas were bustling because farmers lived in their own villages. But these villages are almost empty now although farmers' incomes have doubled. Why?"
Japan's farming industry could not survive if the government continued to pursue economic growth and make up for all problems deriving from such growth with money. Yamashita is certain that the current situation of Japan's agriculture is the consequence of this policy.
Close attention should be focused on whether Japan can convince other countries participating in the TPP talks to create a system to ensure Japanese people do not starve even if the world is thrown into chaos and imports of foodstuffs to Japan are suspended. (By Takao Yamada, Expert Senior Writer)

I really wish Japan Agricultural News, a daily newspaper with a heavy-duty website, would pay someone to provide English translations to its excellent coverage of current issues including food safety, WTO, TPP, you name it.

Meanwhile, the current LDP minister of agriculture, Yoshimasa Hayashi, seems hardly the best candidate to fight for farmers' rights. Is there anything in his CV to assure us that he cares about rural Japan? Nobody has even bothered to update his English wikipedia page. Please tell me I am wrong.