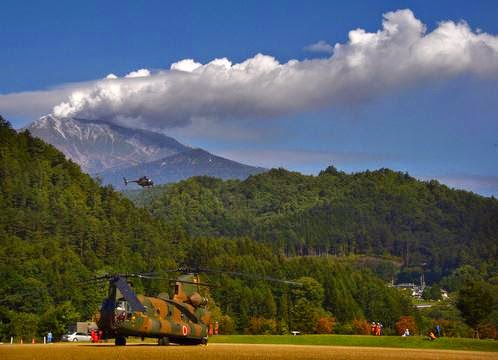 Tragic eruption at Mt. Ontake bringing the total number of victims to 51 in Japan's worst postwar volcanic disaster, according to The Mainichi.


NAGANO (Kyodo) -- Four hikers have officially been confirmed dead after their bodies were found on Mt. Ontake in central Japan on Saturday, bringing the total number of victims to 51 in the country's worst postwar volcanic disaster.
Search efforts that had been suspended for two days by rain were resumed one week after the deadly disaster.
Around 930 police officers, firefighters and Ground Self-Defense Force troops took to the mountain in midsize helicopters and on foot amid concerns their efforts could be halted again with the approach of powerful typhoon Phanfone, expected to bring rain to the area from Sunday.
With the past two days of rain having turned accumulated volcanic ash into mud, the risk of mudslides has prevented the use of large GSDF helicopters to ferry searchers to the mountain's summit.
One of the four bodies discovered Saturday was confirmed to be that of an 11-year-old elementary school girl from Aichi Prefecture. More than 10 people are thought to be still missing on the 3,067-meter volcano, according to the government of Nagano Prefecture, which shares the mountain on its border with Gifu Prefecture.
Search teams widened the search area on Saturday, using metal detectors to look for bodies buried in ash, authorities said.
Residents of Kiso at the foot of the mountain held a moment of silence for the victims at 11:52 a.m. Saturday, the time the eruption began a week ago.
In addition to the cancellation of all search efforts on Friday, operations have been halted intermittently due to poor weather and the presence of hazardous gases such as hydrogen sulfide.
With a large amount of volcanic debris accumulated on the mountain, heavy rain brings a risk of mudslides containing boulders. Authorities in Kiso have called on people who live near rivers and streams in the area to be alert.
The Japan Meteorological Agency has forecast between 100 and 200 milliliters of rainfall in areas around Mt. Ontake for the 24 hours through Monday evening. Rain is expected to intensify on Sunday as typhoon Phanfone draws closer.

Image from the Mainichi of helicopters grounded due to fears of intensified volcanic activityon September 30. 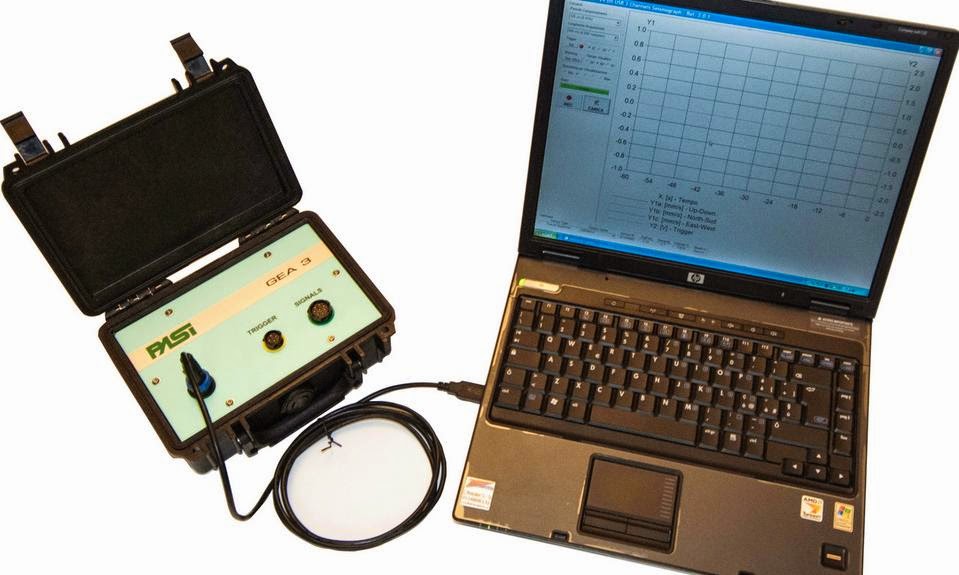 Surprisingly, Japan does not spend a lot of money on volcano research, and the number of experts is low, laments the Yomiuri:

The eruption at Mt. Ontake, which straddles Nagano and Gifu prefectures, has exposed shortages in funding and experts for volcano research despite Japan being one of world’s most seismically active countries.
When Mt. Ontake erupted at 11:52 a.m. on Sept. 27, three of 12 seismographs placed in a 15-kilometer radius of the summit failed to function.
“If seismographs at the summit had been working properly, some warning signs could’ve been detected,” said Nagoya University Prof. Koshun Yamaoka, who monitors Mt. Ontake.
Of the three seismographs at the time of the eruption, two including one placed at the peak of the mountain had stopped working in the summer last year and both were to be replaced in October. The other only works during winter because the device runs on electricity from a ski resort.
The Japan Meteorological Agency monitors 47 volcanoes across the nation with 149 seismographs, 24 hours a day. Among them, two are installed on Mt. Ontake. The agency explained that these devices allow it to “determine whether alert levels for the risk of a possible volcanic eruptions should be raised or lowered.”
But in reality, the agency also draws on other sources including observation data collected by other organizations, such as the National Research Institute for Earth and Disaster Prevention and various universities and municipalities.
Around ¥20 billion of the national budget was allocated for research on earthquakes and volcanoes last fiscal year. A mere 10 percent of the budget was intended for volcano research, with most of the money going toward research on earthquakes that are extremely difficult to predict. Not much was left for volcanic studies, which have led to increasingly successful predictions of eruptions.
There are other reasons volcanic research has been weak. Universities became incorporated entities in 2004, forcing them to bolster their business efficiency. National subsidies have subsequently been declining each year, meaning a shortage of funds allocated to fields of study that are less fruitful as well as those that take too long to produce results.
“What’s important for [research on] volcanoes is to constantly collect data,” Yamaoka said. “But five or 10 years of study on less active volcanoes usually doesn’t yield remarkable results.”
Japan also faces a serious shortage of volcano experts. There were 696 earthquake and volcano researchers in fiscal 2013, but the education ministry says the number of volcano experts is very small.
Volcano experts are cynically describing themselves with such terms as “a class of 40 students [in all of Japan]” and “endangered species,” in light of dwindling numbers of researchers specialized in volcanoes.
“I suppose the number of volcano experts is now far below 40, probably smaller than 30,” said Tokyo Institute of Technology Prof. Kenji Nogami, who specializes in geochemistry. “We can somehow manage if there’s a shortage of something, but we can’t do anything without experts.”
A total of 25 seismographs are installed and about 10 people, including five researchers from Kyoto University, are stationed on Sakurajima island in Kagoshima Prefecture, the island where the volcano erupted 1,097 times last year. But such a comprehensive monitoring system is an exceptional case.


Dramatic images from the Guardian taken by some climbers who managed to flee: Escape from Mount Ontake


Information concerning the eruption of Mt. Ontake on 27 September:

Since the eruption on Saturday, the volcanic vent at the summit of Mt. Ontake is still actively emitting smoke, and although volcanic surges are decreasing in scale, volcanic activity proceeds at a high level with frequent volcanic earthquakes. Because of this, there is a possibility that the mountain will erupt a second time, and this may be accompanied by pyroclastic flow (large volumes of extremely hot rock and ash).

As a result of the eruption, entry to Mt. Otake is heavily restricted.

Do not, under any circumstances, try to go to Mt. Otake.

Volcanic bombs (large boulders and pyroclastic rocks) may be ejected by the volcano in a 4km radius from the volcanic vent.

Please take caution against falling ash and small volcanic rocks blown down from the mountain in areas downwind of the eruption.

Please be prepared for loud airbursts that accompany explosive eruptions.

Falling rain can bring about landslides, so please be prepared for this during rainy weather.