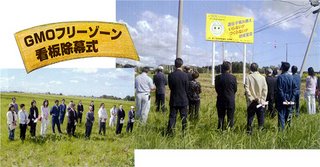 There will be a lot of activities this week about food safety.

Consumers Union of Japan, Green Coop and the NO! GMO Campaign are among the groups that are spearheading the movement to stop genetic engineering in Japan. Many farmers are involved too, especially in Hokkaido, Iwate, Nagano, and Chiba prefectures, as GMO Free Zones are being established around Japan.

The FAO/WHO Codex Alimentarius Task Force is meeting in Makuhari, Chiba, to discuss safety guidelines for GMO animals. Activists are angry that consumer concerns are not taken into account by government officials, although, no GMO animals have been approved for food (yet). 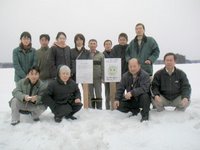 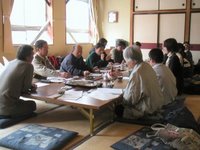 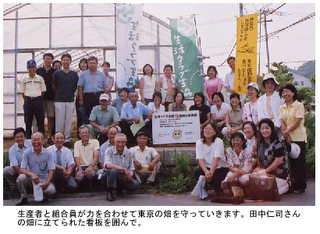 Why doesn't the food industry understand that people do not want to eat GMOs?
Food GMO

Pandabonium said…
Did you read that the European Union does not plan to challenge a WTO ruling that they MUST accept GMO corn from Canada being used for ethanol production?

Jan-Åke said…
Genetically modified food is produced by manipulating DNA and the idea is to use this to manipulate all humans' DNA. A vital point in relation to this is that DNA is interchangable between species. DNA is a universal software code. From bacteria to humans, the basic instructions for life are written with the same language. It is, therefore, quite possible to target and change human DNA through the DNA in what we consume. Monsanto aims to rewrite the software to suit their agenda of control.

Biotech companies are seeking to exploit hunger in places like Africa to dump their foul products and rewire the people in that continent. When these corporations say they are doing this because they want to help the hungry and downtrodden, it's like the Nazis saying they built the concentration camps because they wanted to help Jews, gypsies and communists.

The contamination of non-GM spreads like cancer. Once contaminated, the corporations can, & do, demand royalties for growing their patented corps! The arrogance of the biotech companies knows no bounds. GM food is about control of the food supply, control of farming, and, crucially, the manipulation of our DNA and it's ability to communicate accurately. This is part of a coordinated chemical and vibrational onslaught against the human body, mind and emotions.
6:51 pm, October 19, 2007