After Peak Oil: Notes From A Small Meeting In Tokyo 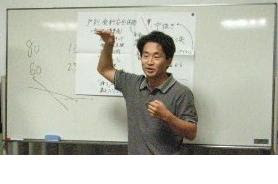 It was Labour Day on Monday, a holiday here in Japan. I wanted to go either to the event preparing for the World Social Forum or to learn more about what people here think about peak oil and food security issues.

I chose the latter. The meeting was chaired by Hiroshi Nakayama, who has ideas that he calls the 2030 Vision. "Isn't Japan going to be in big trouble," he asked. We need scenarios for a "soft landing" as oil may again reach $150/barrel. And is economic growth for China and India really possible, without oil? China, as Nakayama noted, has energy self sufficiency at 94% at the moment, but if they want to copy the car based "modern" lifestyle of Japan, Europe or the US, of course that ratio isn't going to hold up, and they will need imports from - where? China is also trying to stop exporting chemical fertilizers by imposing high export tariffs - a sign that they are beginning to have problems feeding their people. Without cheap imports of N, P and K from China, farmers in other countries - including Japan - are facing higher costs.

Tony Boys was in the panel, and got several questions about his research in Thailand: he noted that in times of hardships, "have a festival!" Others mentioned progress in Cuba as an example of how to survive when oil imports become more difficult. "You will need music, culture, and events to have fun to make the transition smooth." 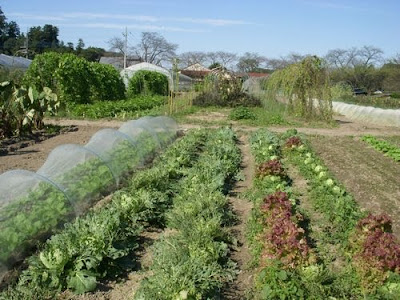 Can Japan promote organic agriculture? Several speakers noted that this would be good, but that the transition would take many years, and that there is little support at the moment.

Ogawa Town in Saitama was mentioned as an example of how some farmers are doing it well:

Yoshinori Kaneko is a farmer who has been organic farming in Ogawa for the past 38 years. In the 1970s, around the time Kaneko started farming, the book "Limits to Growth," commissioned by the Club of Rome, was published. It caused a sensation all around the world due to its conclusion that if the world population and economy continued to grow at the same pace, and the environment was further destroyed, that humanity would face the dire consequences of overstepping the natural limits to growth. In addition, while the world saw economic turmoil resulting from oil shocks at that time, Japanese people were experiencing pollution-caused diseases such as the itai-itai (pain-pain) malady and Minamata disease. In addition, the Acreage Reduction Program was started around that time to regulate rice production.

Against this backdrop, Kaneko thought that a lifestyle of rich self-sufficiency would be the key to farming in a manner that would produce safe, tasty, and nutritious food. "Fossil fuels and mineral resources that the current 'industrial society' depends on will become depleted in the future," he thought, "and we will need to shift to a permanent 'agro-based society.'"

From Ogawa to the World 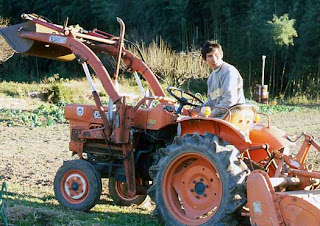 Such efforts are not limited to just Ogawa, where the organic agricultural farms support the local community and the community supports the farms. Similar efforts can be seen in the United States, in Laurence and Kansas City, in the state of Kansas. At the very heart of industrial-scale farming operations in the U.S., organic farmers and local communities are vigorously supporting each other to boost local development.

From May to June 2009, during an exchange program titled "Global Partnership for Local Organic Food," organized by non-profit organizations, IFOAM Japan and the Kansas Rural Center, visiting organic food producers and specialists stayed in Ogawa for six days, and visited local organic farms and interacted with the organic farmers. In June, ten people visited Kansas, including some organic farmers from Ogawa. In the exchange program, organic farmers and specialists from both sides of the planet shared information, discussed problems they had, and learned more about the similarities and differences between them. Communication is still underway on the program's website. The program proved to be a valuable experience for both groups, and after returning home, discussions still continue between them on some of the things they learned from each other, such as the benefits of a joint shipment program and how to expand their market share.

Global Partners for Local Organic Foods is a project of the Kansas Rural Center (KRC) in cooperation with the International Federation of Organic Agriculture Movements - Japan (IFOAM - Japan).

(Photo of Yoshinori Kaneko on his biofuel tractor from Rodale Institute)

Back to Tokyo and 2030 Vision: Shin Shinohara talked eloquently about "after peak oil" and compared our current dilemma to Edo era Japan - was it really a sustainable society? For over 250 years, the country did quite well, with a thriving culture. But the population was only 1/4 of today's Japan, at around 30 million in the 18th century.

Of course there were zero imports of oil or gasoline, and for fertilizers, the farmers needed both to collect human waste and biomass from plants (草木, kusaki, soumoku) that you can gather if you live near a forest - like I am fortunate to do, and indeed, my compost and thus my vegetable garden would not be the same without the dry leaves and other stuff I can find on a brief walk up on the hills.

I think Edo era Japan is worth studying for inspiration, but hardly as a quick solution to the complex, global issues today.

The feeling that farming needs to become more かっこいい (kakko ii, stylish, fashionable, "cool") was noted. Today, Japan's farmers are often seen as a bit miserable and old-fashioned. How can the image of farming be improved? Others noted that as foods become scarce, it doesn't take long before that happens!

Japan needs more people to think deeply about the future. I was impressed by this event, and hope some of the ideas discussed will be shared with more people, as soon as possible.

The Decline and Fall of the Suburbian Empire: an interview with James Howard Kunstler in The Sun

Agriculture is an example of a complex system we depend on — and obviously a crucial one. We pour enormous amounts of oil- and natural-gas-based products on the soil in order to get all those Cheez Doodles out of it. This system is going to come under stress because of the rising price and decreasing supply of oil. Last summer, as we got into the planting and growing seasons, the price of oil began to rise astronomically. It went from $60 a barrel to $147 a barrel in July, which hammered the farmers.

Of course the price of oil has crashed since then because of the falloff in demand brought about by the financial crisis. But I think the next act in the drama is going to be a renewed set of problems with oil prices and supply. These could begin at any time because of the instability in the global oil markets themselves, which are at the mercy of geopolitical trends and relationships among nations. They’ve entered a zone of extreme volatility.

Tom O said…
"in times of hardships, "have a festival!"

Erm, I guess a matsuri to 'celebrate' what one has has opposed to what one hasn't... Novel but a festival IS a celebration, dessho??

"would not be the same without the dry leaves and other stuff I can find on a brief walk up on the hills."

Martin J Frid said…
Mulch! That is the word I was looking for, thanks Tom.

Go figure how the ancient Brits settled for that sound sequence to describe, hmm, mud, fertile soil, stuff collected from the commons, fragrant earth, sustenance (before they knew which elements of the periodic table were needed for plants to thrive), and sustainability.

Tom O said…
マルチ - also the same term I remember being used in Tokyo for a musician who did more than one thing, ie a certain singer/drummer got to know this term... Would SPECIFICALLY say both in conversations at say CBS-Sony nado. Gain interest, see where it led etc.'Ah, 'multi' desu ne...'.

Anyway, nature replenishing nature in a nice sustainable way - you'd think WE on this planet would have learned something from that, demo..
3:56 am, November 27, 2009