Kaminoseki Town comprises a peninsula and several islands. It has a population of 3,600 people. Nuclear power? The proposed construction site is on Nagashima Island which is connected by a bridge to the mainland. Iwaishima Island, which has a population of 500 people "who are almost all opposed to the nuclear power plant," is just 3.5 km across the sea from the construction site.

In Japanese, there are a huge number of blogs, twitter and other new media using Internet to show what is going on.

Yesterday and today, this is where activists are clashing with construction companies. It is February, you can imagine it is very cold, and both sides are angry. PanOrient News noted that this is a very old and outdated project:

When the plan for a nuclear power plant first emerged in 1982 the overwhelming majority of the island's population were opposed to it and in 1983 the then Iwaishima Fishing Cooperative passed a resolution opposing the plan. To this day, 90% of the island's population opposes the plan, local NGO said. For the last 27 years they have held a demonstration every Monday under the slogan "We will not sell the sea for a nuclear power plant." The demonstration has now been held over 1050 times and has become part of the local culture. 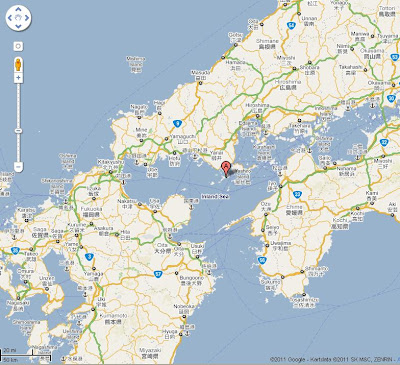 Yet, the battles at sea last night are harsh and not easy to get information about. However, local NHK, Asahi, Yomiuri and other local main stream media have covered the story: