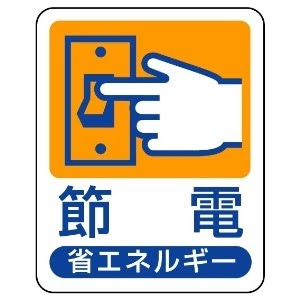 Heavy rains today in Japan, especially in Tokyo, where the Toei Subway lines were shut down during the afternoon due to "blackout" (停電 teiden). That's just 4 lines out of some 15, as the rest of the Metro and the JR lines and everyone else were ok. We know it is coming, a long, hot summer, and there is a lot of discussion now about how to deal with electricity shortages.

"Reduce electricity" (節電 setsuden) then of course is not just a slogan, it is an urgent cry for help and consideration. If, and this is a huge issue right now, IF we can all pull together and all reduce electricity consumption, then we may be able to avoid the blackouts. Doesn't that seem like a thing that Japanese people - and everyone living here, foreigners included, companies and public entities and towns and cities - should be able to accomplish?

We need every good piece of advice there is.


The Institute of Energy Economics, Japan, has estimated that 2.5 to 3.1 gigawatts of electricity can be saved if households within the Tokyo region follow through with the following measures:

“Even if individual families can reduce only modest amounts of electricity, the aggregate savings will become substantial,” it said.

(Kilowatts, megawatts and gigawatts are units that are explained here and putting it simply, 380 megawatts is 380,000 kilowatts and so on)

In the comment section, Japan Probe readers are particularly critical of the Pachinko parlours, that seem to be ignoring the current crisis. Pachinko is an electricity intensive leasure/gambling activity, that is mostly run by people who do not seem to care a whole lot about Japan and its current crisis. Blogger Roy Berman at Mutant Frog noted that Pachinko is a huge headache for Tokyo Metropolitan Government:

I have been collecting links related to the energy situation and several other aspects of the ongoing crisis and recovery efforts and will probably be blogging quite a bit on such topics, but for now I want to just post translations of a series of brief comments on energy conservation in Kanto from Tokyo Vice-mayor Inose Naoki (who I believe will remain in his job allegedly doing most of the real work serving under Ishihara following his unfortunate reelection) that he tweeted a week ago.

#1: The pachinko industry said in a protest message to Governor Ishihara that “the maximum power usage of their 4000 game parlors in the Tepco region” is no more than 840,000 kilowatts” and this is where I learned precise numbers... Since Toei and Metro [Tokyo’s subway systems] together are a maximum of 360,000 kilowatts, this is pretty big.

#2: Pachinko parlor electricity consumption is 40% air conditioning, 30% pachinko machines, 20% lighting. To reduce the gap in power supply during summer peak demand time, [we] must reevaluate [our] lifestyles. To speak half-jokingly and half-seriously, the pachinko industry must themselves come forward with plans such as operating only at night, or running without their coolers on during the day.

So, why not close down the entire Pachinko gambling industry during peak hours, since they contribute zilch to tax revenue anyway, and we could all continue to live and work in peace, more or less. With a little less lights on, but possibly even keeping a minimum of air conditioning on, in summer? Politically, what IS the right decision, now? Sucking teeth, just won't do. Advice please!

Just for the subways, Toei and Metro together use a maximum of 360,000 kilowatts during rush hour, according to Tokyo Vice-mayor Inose Naoki. Again, Pachinko is as much as 840,000 kilowatts. Advice...?

Prime Minister Kan has ordered the Hamaoka nuclear plant to close down, but why not ask the bloody Pachinko parlours too? In fact, there were angry demonstrations in Shinjuku 2 weeks ago, with people shouting and trying to get the electric gamblers to come to their senses... I'd love to see that in the news. Advice!

Setsuden, thus, is the buzz word all over the Internet right now. There is a "reduce electricity consumption" page at METI, the government ministry, thanking you for turning off your electrical toilet and other appliances. There is even main stream media pitching in, as well as industry pages and blogs.

And here is Vangelis, Twilight (thanks Tom).

The day falls into the twilight.
It is a magic of time.
The same time tomorrow,
there'll be another magic.
It is when colours turn to flavours,
and flavours turn to colours.
And it is when
shadows melt into deep blue.

Pandabonium said…
Magical. Edward Hopper's "The Diner" is used to good effect in that clip.

Learn how much your electrical conveniences use. Shut them down as often as possible. I discovered our toilet seat used a lot - turned the seat warmer off, and put the water spray on a switch so it only warms when required. (It saves paper, so is ok to use in my opinion.) We don't use the AC no matter what - haven't for 7 years. Yes, it gets hot, but before AC was invented people survived. We can too.


Pachinko and such - we can easily say "shut em down". A lot businesses which are counter to public interest or the environment likewise. Disneyland for example uses as much electricity as something like 50,000 homes. Car factories, steel mills, etc contribute to global warming as well as vacuuming up energy and natural resources.

But then there are the jobs. Much of he energy problem is due to our consumer culture and the manufacturing of "goods" (cars) and "services" (Disneyland etc) it requires. If we base our decisions solely on electricity use, we could put vast numbers of people out of work. It is a bit of a conundrum, is it not?

This isn't just a temporary problem, either. Fossil fuels are becoming more scarce and expensive and are also destroying the biosphere. Uranium is finite as well, and potentially very dangerous. If we shut down nuclear plants without reducing demand, the fossil fuels will be used to fill the void and cause even more damage to the biosphere.

So how do we cope? How do we do the balancing act of powering down to truly sustainable levels - levels far lower than most people understand to be necessary?

How do we determine and agree on which industries are necessary and worth saving and which are a net loser for us?

Not an easy task at all. Certainly, though, the "free" market will not help us. And in the end, "nature bats last". There will be no reprieve. No second chance.

Pandabonium said…
PS - and if the idea is for "households" to reduce consumption of electricity so that the likes of Toyota can build more cars, then I think we are screwed.

The energy issue must be approached from a clean slate with everything on the table including our economic paradigm.
10:54 pm, May 12, 2011

Ifinder Ifindi said…
Thank You for your concern for public utility and service. Govts to harness solar energy for power requirements. Is it not ? Thank You again for sharing so analytical and gathering public opinion for social cause.
2:13 am, May 22, 2011