No To Consumption Tax Rate Increase 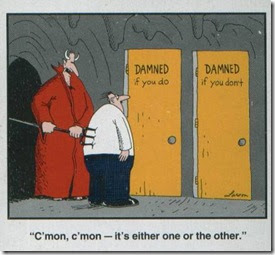 Over at Consumers Union of Japan, we published a letter of protest to Prime Minister Noda about his plan to raise the controversial consumption tax, which is now 5%, to 8% and then 10% - and who knows where it will end?

CUJ strongly requests that the government’s policy of “first raising the consumption tax” should be fundamentally reexamined.

According to the proposed reform bill, the consumption tax will gradually be raised to 8% From April 4, 2014 and to 10% from October 1, 2015. The aim is to ensure a stable source of income for the social security system and at the same time achieve healthier public finances.

The plan is to obtain people’s understanding by regarding the raise of the consumption tax as a tax that is earmarked for social security. The four main areas of expenditures are the costs for the pension system, health care & medical treatment, social security, and the decrease in the birthrate. Although this may be carried out, we suspect that the true aim of the raising of the consumption tax rate is to use the funds as a stopgap measure to deal with the huge budget deficit.

While calling it “one reform,” a concrete plan for substantial social security has not been presented. Rather, we are faced with cuts in the welfare system. The plan includes better pensions for low income earners, and mitigation measures such as nursing-care insurance. Instead, we are hearing about a reduction of pension benefits for the elderly and an increase in the burden of pension payments.

Primarily, taxes have the function of re-distribution of wealth in society while also being the funds for the nation’s finances. However, the measures against the adverse effects of taxation are very insufficient in this bill.

In the case of consumption taxation, the people with lower incomes are spending a relatively larger proportion of the income on items such as food. The higher the rate, the larger their burden will become. This problem has been discussed since the consumption tax was first introduced. We maintain that having the same tax rate on all goods and services is a kind of preferential treatment for people with high incomes.

This does not achieve the function of redistributing wealth, and will instead greatly erode the taxation base as the burden on people with low incomes will increase. In the case of value-added taxes, such as in many European countries, the rates vary on different goods, and in some cases, there are zero rates for daily necessities. Through such policies the burden on people with low incomes can be reduced.

In addition, the government is going ahead with the plan to introduce a national identification number system from 2015. This system was initially proposed by the old LDP government and opposition to its introduction was a part of the Democratic Party’s election promises in 2010. We have identified a number of problems with this, including privacy issues that could be especially severe for low income earners.

Read the rest over at CUJ: No Consumption Tax Raise Without Real Reform

Seems to me that Japan is caught between the proverbial rock and the hard place, as politicians like to make promises and voters like to believe that the politicians they vote for will keep their promises. Wishful thinking in an era where economic "growth" is elusive or non-existing, and most people would be glad to handle their savings on their own, rather than pay high taxes. Japan is still trying to be a kind of welfare state, though, with provisions to help a lot of its citizens in many ways. The health care system is terrific, kids like to go to school, old people are (mostly) well taken care of. Yet, the government wants us to pay more to the government each time we try to engage in economic activities.

In Sweden, the consumption tax is a value added tax, which is slightly different from a straight-forward consumption tax. You can argue that it helps reduce consumption, which may be a good thing, although I don't see it happen. The Swedish VAT rate is 25% but is that really a model for Japan?
Consumer rights Economics 101 Sweden