Protest In The Philippines Against IRRI, GM Rice

From the Manila Standard Today:


A group of farmers has renewed the protest against the introduction of golden rice, a new variety bred to combat vitamin A deficiency among millions of children and pregnant women around the world.
At a news conference in Quezon City, Dr. Chito Medina, national coordinator of Magsasaka at Siyentipiko Para sa Pag-unlad ng Agrikultura (MASIPAG), said golden rice is risky for health and the environment.

“There are no enough studies to ensure the safety of golden rice to human,” he told the Manila Standard.
Golden rice could not solve the problem of vitamin A deficiency, he said, adding “the truth is there are a lot of existing solutions to fight such deficiency.”
In August last year, about 400 farmers and environmentalists stormed a demonstration field in Camarines Norte, to uproot the golden rice being tested by International Rice Research Institute and the Department of Agriculture.
“There are food sources that are rich vitamin A and are readily available,” Medina said.
To plant the genetically engineered rice, or the golden rice, is a real threat to the environment, and therefore, the Department of Environment and Natural Resources must step into the issue, he noted.
“The Department of Health must also act to conduct a study on the health impact of golden rice consumption.”
The protesters flocked to the office of Agriculture Secretary Proceso Alcala, urging him to cancel the golden rice program.
“At present, multi-location field trials in the country are almost completed, and feed testing on the people would commence after the approval of DA’s Bureau of Plant Industry,” Medina said.
“Golden rice must be tested first for surrogate animals, such as rats, before human consumption is allowed.”
Following the 2013 attack on the golden farm site, IRRI vowed to proceed with field trials, targetting 2015 for commercialization.
Bruce Tolentino, IRRI spokesman, told SciDev.Net that he was dismayed that farmers had to practise vandalism to block the development of a crop that will reduce vitamin A deficiency, a major cause of blindness among Asia’s preschool children.
Golden rice takes its color from from beta carotene, a precursor of vitamin A.
In a report published by American Journal of Clinical Nutrition in 2009, the  the daily consumption of one cup of golden rice can provide up to 50 per cent of the adult recommended daily allowance of vitamin A.
According to the World Health Organization, 1.7 million children across Asia aged six months to five years are suffering from vitamin A deficiency. Bangladesh and the Philippines, where IRRI is conducting golden rice field trials, both have serious vitamin A deficiency levels.

Image: Farmers stage a protest action in front of the Department of Agriculture office in
Quezon City to  oppose the “Golden Rice,”  which they say has adverse effects on the farmers’
health. Manny Palmero 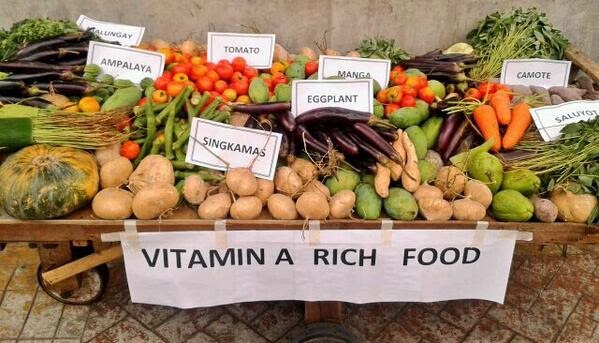 Masipag points out that there are any number of fruits and vegetables that can provide Vitamin A... And it is an insult to all the nurses and doctors who have worked hard over the past 10-15 years to provide Vitamin A supplements, to refer to old statistics about blindness in Asia.
Events farming Food Food safety GMO NGO Philippines politics