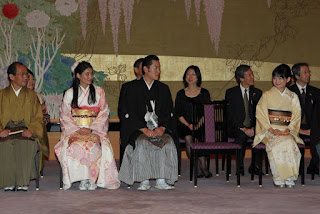 Koa Tasaka, head of Consumers Union of Japan where I work, has a great affection for Bhutan, the small kingdom north of India. He is impressed by their agricultural practices: they have announced that the entire country will become 100% organic.

The Guardian: Political parties in the Himalayan kingdom unite to eradicate chemical fertilisers and pesticides as part of its Gross National Happiness programme

Agriculture and forests minister Lyonpo Yeshey Dorji and opposition leader Pema Gyamtsho, who held the post in the previous government, say there is a united commitment to rid the country of chemical fertilisers and pesticides.
While no formal timeframe has been put in place, both politicians believe that the goal is within sight as long as practical natural solutions can be found to the pest and disease problems still affecting a few crops. In order to speed up the search for these answers, Bhutan recently brought together experts on organic agriculture from across the world.

Imagine that. An entire nation can make a choice to avoid harmful pesticides and herbicides.

And here is a wonderful blog post about the Bhutan Royal visit to Japan in 2011, including their message to people in Fukushima, which they visited.


Soma City - Fukushima. His Majesty joins in for the prayer ceremony led by venerable Dorji Lopen - Bhutan's second highest monk. "No nation or people should ever have to experience such suffering. And yet if there is one nation who can rise stronger and greater from such adversity – it is Japan and her People. Of this I am confident." The King had told in his address to the Japanese parliament.