April 17, 2011
I feel strongly for everyone who left Japan in a hurry in March. It is a remarkable, extraordinary time. I chose to stay, others left. Hope to see you all back here soon again. Meanwhile, here is John Denver, Leaving on a jetplane:

I'm also reminded of a commercial that was popular when JAL was in better financial shape. With fuel costs going through the roof, commercial airlines are facing impossible odds.

JAL, established in 1951, has seen a lot of such odds over the years. 100 years of aviation, but flying was never meant to be this cheap.

浪漫飛行 Roman Hikou is possibly one of Japan's most expensive TV commercials back then in the bubble era. Here is Kome Kome Club, a CM for leasure trips back in April 1990 to Okinawa:

Long before there were jets in the sky, the airplanes where smaller, and more simple, but still got you from A to B. In the 1930s, you could buy a ticket and fly from Tokyo all over with commerical services, using Lockheed P-38 and other modern aircrafts. (Much later, the company became more known here for its bribery scandal involving the Prime Minister Tanaka, after the U.S. government had bailed out the company in 1971).

The Japanese government was a strong backer of commercial aviation, though the early companies struggled to maintain their operations through the 1920s. To promote civil aviation in the country, on October 30, 1928, the Japanese government helped set up a national flag carrier known as Japan Air Transport Corporation (JAT).

Source: The Origins of Commercial Aviation in Japan

Some of the passanger planes made in Japan in the 1930s were built by Nakajima in Gunma prefecture and Mitsubishi in Aichi prefecture. 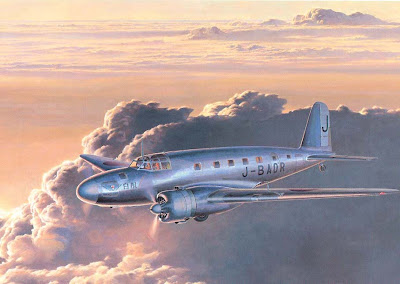 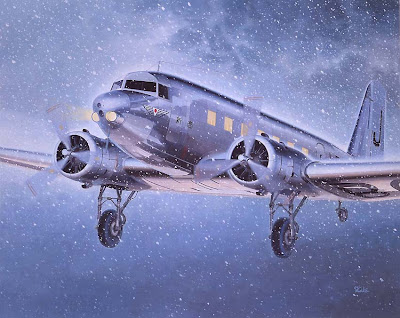 Paintings by Shigeo Koike, an amazing artist, famous among airplane model builders around the world for his package art work for the Hasegawa company!

The Nakajima plane (bottom image) is a Japan-built DC-2. Nakajima had huge factories in western Tokyo, including Ogikubo, Musashino and Tama, as well as in Ota in Gunma. They built the best engines in Japan around this time, some 7,000 for civilian aircrafts. 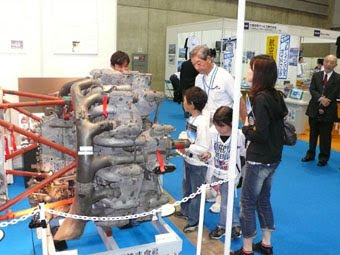 The engines, based on the Bristol Jupiter, were called Kotobuki, and there were several later models with many improvements. Actually, workers at Nakajima had it rather good, with "a welfare program" that was admired by others, according to the un-official history, found here.

At least as long as it lasted. Anyway, to tie in with the music theme, and the title of this post, did you know that Imperial Japan actually attempted to build jet planes? Neither did I. Read more about the small Kyushu Shinden jet here and more technical details about the Nakajima Kikka here.
Aviation Music Okinawa Tokyo Transportation

Pandabonium said…
Many people think that Japan merely copied the German Me-262, but that isn't the case. All they had to go by were some drawings and photos. They had to build the engines from scratch and figure out what materials to use, how to make the jet's compressors, etc. The engine did not produce enough power for their needs, so they designed the Kikka, which was smaller and lighter than the Me-262 so could deliver the same performance with a less powerful engine.
1:11 pm, April 26, 2011

Mary Witzl said…
My uncle, who was stationed in Japan after the war, had a high opinion of Japanese ingenuity. I've heard him make the same comment about Japanese designs of foreign planes.

Friends of mine actually travelled back to Sendai from India, in mid- April. I'm impressed by people who chose to stay when they could have left, especially when the hysteria was at full peak. I'd like to think I'd have done so myself if I'd been in Japan.
3:46 am, May 01, 2011