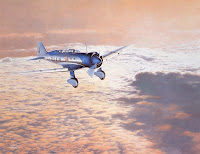 Aviation has touched a nerve here in Japan for a long time. As I noted earlier, the first flight was back in 1911 in Tachikawa, west of Tokyo, by an heir of the Tokugawa shoguns.

Here is an early tune celebrating the amazing Tachikawa-to-Paris-And-London flight of the Ki-15 Kamikaze in April 1937. How about it?

Kamikaze Dakara (Because there is the Divine Wind)

No, this is not a tune for the suicide pilots who had no other means but to attack, later on as WW2 ended.

This is a song from before the war. Departing from Tachikawa April 6, 1937, they went to Taipei, Hanoi, and over the next four days reaching Athens, Rome, Paris, and finally Croydon Aerodrome, London, UK. I just love the samples of aircraft engine noise. Lyrics? All about going from the east to the west, and what a dazzling hero the 26 year old pilot is. You'll hear the singers mention Paris and London. 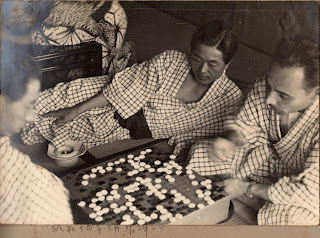 The pilot was Iinuma Masaaki from Nagano, and his navigator was Tsukagoshi Kenji, from Gunma (his father was a Japanese lawyer and his mother was British). The aircraft was a Mitsubishi plane, registered as J-BAAI. They broke the world record, peacefully, and were able to attend events related to the coronation of King George (of the Oscar-winning King's Speach fame).

I'll be blogging more about their trip at another date.

Back to aviation-related hits: In 1973, Yuming had her first huge hit with a song called Hikoui Gumi with photos of the Blue Impulse.

Nobody noticing, all alone.
that child keeps ascending
she fears nothing
and then she soars

A very popular NHK drama, Saka no Ue no Kumo, about the winds of change in early modern Japan, had a hit song called Stand Alone in 2009, written by Joe Hisaishi, sung in Japanese by Sarah Brightman, the UK star. Historical dramas like this one are so very popular here. This is a nice version with English subtitles:


What I would like to end this post with is the Google Earth6 Flight simulation, soaring slowly over the mountains in Hokkaido in northern Japan: