Who's In Charge In The Nuclear Age? 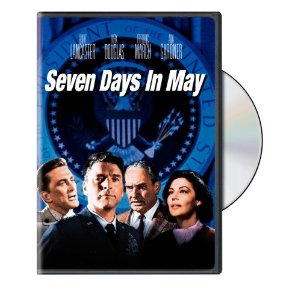 I'm confused about who makes the decision here in Japan regarding nuclear reactors. I thought it was based on local, not national government decrees. In other words, if a nuclear reactor in say, Ohi, a place you most likely have never heard of, is in question, the national government in Tokyo has to wait until the Ohi town and Fukui prefecture have made up their minds.

I'm reluctant to argue with Shisaku, a blog I like a lot, but his only source for a recent post about Osaka governor Hashimoto having "backed away from full opposition to a restart of the Oi reactors, paving the way for them to be brought back online" is a dubious blog entry from the Wall Street Journal. MTC, that is not quite good enough, is it?

In fact, on May 31, The Yomiuri has a different take on the events, as they continue to unfold:

Meanwhile, Osaka Mayor Toru Hashimoto, who participated in the meeting via a teleconference system, criticized Hosono's remark that the government's standards for restarting the reactors compiled in April are "provisional and will be tightened" under a planned new nuclear regulatory body. "If the standards are provisional, judgments on safety will also be provisional," Hashimoto argued.

The Yomiuri: Hosono: Safety will be ensured for Oi restart

NHK, meanwhile, is not so sure that the re-start will happen next week:


Japan's government says it hopes to announce the restart of Ohi nuclear plant as early as next week, if it can win the final consent of host municipalities. Prime Minister Yoshihiko Noda met his cabinet ministers in charge of nuclear issues on Wednesday: Chief Cabinet Secretary Osamu Fujimura, Economy and Industry Minister Yukio Edano and Nuclear Crisis Minister Goshi Hosono. The ministers agreed that most municipalities near the offline facility support the restart, though with reservations.

But they noted that the plant's host Ohi Town and Fukui Prefecture remain undecided. The government says it will also send a senior official to Fukui to again explain its commitment to safety.

NHK World: Restart of Ohi plant may be declared next week

Reading Japanese news, Osaka prefectural governor Ichirō Matsui said on Thursday that he was against restarting the nuclear reactors, and felt the process was unsatisfactory (不十分, fu-juubun), according to The Mainichi (J).

I'm reminded of the speech in the 1964 film, Seven Days in May, where Lyman, the president says (as he is about to face the "enemy"):


"He's not the enemy. Scott, the Joint Chiefs, even the very emotional, very illogical lunatic fringe: they're not the enemy. The enemy's an age - a nuclear age. It happens to have killed man's faith in his ability to influence what happens to him. And out of this comes a sickness, and out of sickness a frustration, a feeling of impotence, helplessness, weakness. And from this, this desperation, we look for a champion in red, white, and blue. Every now and then a man on a white horse rides by, and we appoint him to be our personal god for the duration."

"The nuclear age, having killed man's faith in his ability to influence what happens to him..."

What a great line.

(Hat tip to P for recommending that classic motion picture!)

Ἀντισθένης said…
"The nuclear age, having killed man's faith in his ability to influence what happens to him..."

Martin J Frid said…
Thanks A, yes how quickly people forget certain things. There are a couple of great films from the 1950s and 1960s about the MAD-ness (Mutually Assured Destruction) that was at the core of the Cold War strategy. Check out Fail-Safe (1964) with Henry Fonda or Strategic Air Command (1955) with James Stewart... A more recent one is Crimson Tide (1995) with Gene Hackman and Denzel Washington.
2:21 pm, June 03, 2012

Laying aside what we may feel about other sections of the WSJ, Jacob Schlesinger runs an excellent shop here in Tokyo. If you have a specific problem with the Tokyo office's reporting, I can arrange a conversation between you and Mr. Schlesinger. Or you can email him directly at jacob.schlesinger@wsj.com
7:36 pm, June 13, 2012

Martin J Frid said…
Thanks for the offer MTC, very kind of you. I noticed Mitsuru Obe wrote on the WSJ blog last week about developments in Shiga and Kyoto, which was balanced, so I have to agree with you that they are on top of things.