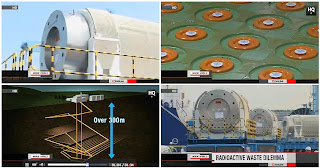 There are questions and then there are questions... What to do about nuclear waste, that will stay dangerously radioactive for tens of thousands of years, is one such question, that neither science nor religion nor anything else seem to provide answers for. Heck, we don't even know what the pyramids in Egypt actually mean. Were they built to tell us something, or just made to impress?

Japan has no solution to the big question about nuclear waste. The 54 nuclear plants, that are now mostly idle, were built to provide cheap electricity. No concern about the long-term disposal was OK as long as scientists and government officials agreed to not ask the difficult question: what to do about radioactive waste in an earthquake-prone country.

Now, a report is about to be released that questions that mentality.


Japan's national scientists' organization is to propose a radical review of the government's plan for disposing of highly radioactive nuclear waste. The group says an initial plan to bury the waste more than 300 meters underground for tens of thousands of years is wrong for the country.

The Science Council of Japan is to present its proposal next week to the government's Atomic Energy Commission, which decides the country's nuclear policy.

The commission has been asking for advice on reviewing the initial plan, as it became stalled due to opposition from candidate sites.

In a copy of a draft proposal obtained by NHK, the council says the plan has been deadlocked over fundamental issues, as the Fukushima nuclear accident has raised doubts about Japan's nuclear policy.

It says identifying a stable site in Japan to keep the waste for tens of thousands of years is quite difficult, as the country is prone to earthquakes and volcanic activity.

An NHK correspondent says the proposal could start public debate as it could be seen as prolonging the disposal problem.

NHK World: Scientists to call for review of nuclear disposal

Ahem. Public debate? What does that really mean? No other country has any great ideas about the "disposal problem" except perhaps Finland, that wants to bury it deep underground and then ask future generations to just forget about it. The US has recently rejected a similar proposal, for reasons that I do not quite understand. Everyone else seem to be taking the Japanese approach: Do not ask questions. It is the proverbial elephant in the room. Or the 800-pound gorilla. Or the Mokita, if you happen to live in Papau New Guinea. See, Wikipedia has answers to everything.

Did you know that ocean disposal of nuclear waste was not that uncommon in the past? Most countries have tried it. This method is no longer permitted by a number of international agreements, according to the World Nuclear Association. 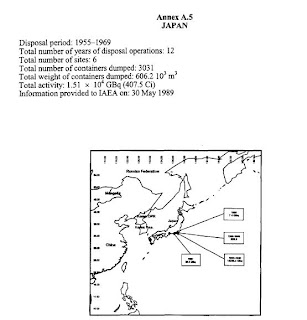 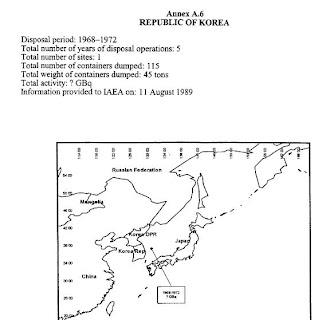 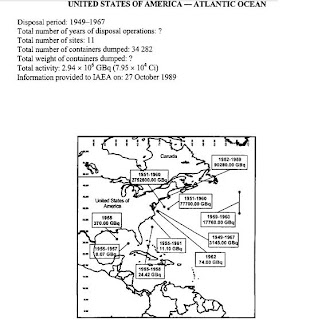 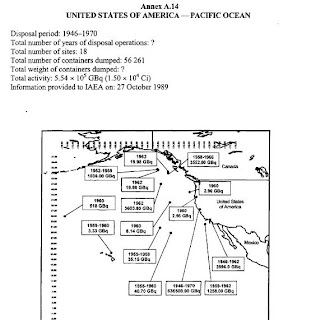