Zuiganji In Matsushima: How To Restore An Ancient Zen Temple 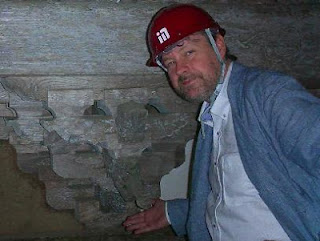 I had the great pleasure of getting a personal tour of the restoration that is going on at a famous temple in Matsushima, Miyagi Prefecture, which was partially damaged by the earthquake and tsunami on March 11, 2011.

In fact, the tsunami didn't reach all the way up to the temple buildings, but just meters from the main gate. Did the ancient founders of this holy place know something that we don't? I guess so.

There are still huge living trees that are at least 800 years old on the premises. And there are religious art from as far back as the Heian period, i e before those trees were first grown. 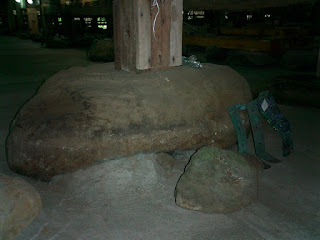 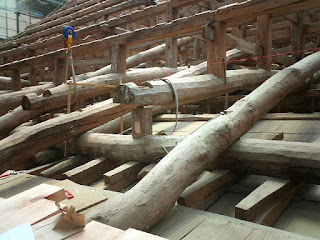 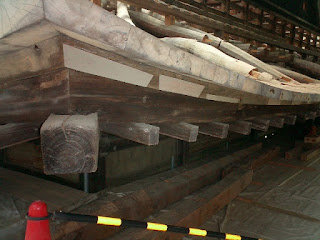 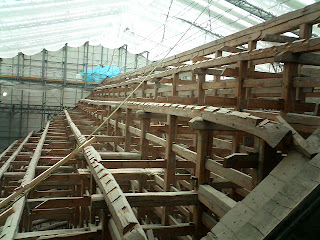 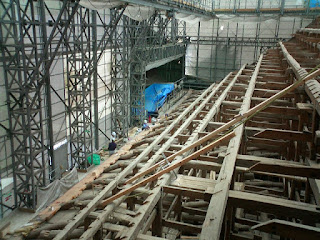 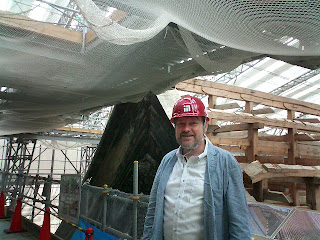 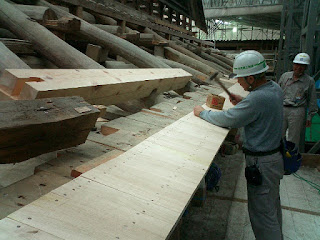 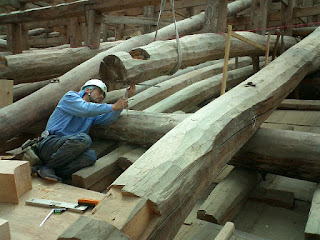 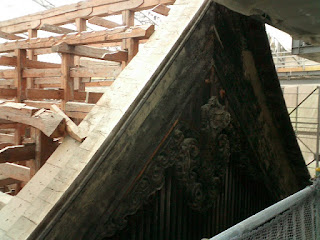 The main building of the Zuiganji temple is currently covered by a tent-like construction cover, so if you do visit Matsushima, you can see other interesting buildings like the kitchen and the museum, which are well worth your time. Imagine you are in the early 1600s and you will get the picture. It is a temple with a clear link to its history.

However, the Hondo (Main Hall) needed repairs. The entire ground had sunk about 40-60 centimeters due to the March 11, 2011 earthquake, and while the outer damage was small, the entire wooden construction needed major attention. Dealing with the way the large wooden roof trunks are fitted together, to the many clay tiles on top, and to the pillars that keep it all straight and up; a project was commenced to manage the damage. Also, some 1903 (Meiji era) repairs needed to be updated, for example the use of rusty iron nails, a novelty at the time, just 110 years ago.

I was allowed to put on a red "visitor" helmet and climb around this amazing restoration project, aimed to be completed in 2015 or later, if everything goes well.

The modern steel pipe scaffolding goes all the way up to the top, to places where one would never usually see that amount of detail that went into the wood carving and the architecture, if that is the proper term. The guys who are working here, previously did the roof for the restoration of Kinkakuji in Kyoto...

Much of the bent roof style has significance, for example, to deal with rain and moisture, which damage the wood.

There are all kinds of religious significances too, but as I tried to avoid hitting my (red helmet) -covered head, I was thinking more about how the ancient artisan workers and wood carvers and heavy-wood lifters felt. Note that the Zendo is off limits. I like that. This is a living Zen temple with young guys practicing.

And this is not one of the largest Hondo buildings, just one among many Zen temples and other structures that we need to care about, with roots in ancient Japan, that still stands.
architecture East Japan Kyoto Miyagi Wood Zen

Edward J. Taylor said…
I was just up there and talked a little with the carpenters. They mentioned that the restoration has been pushed back from 2015, since many of the available carpenters are busy with rebuilding projects in areas destroyed by the tsunami.
3:45 pm, June 25, 2013

Pandabonium said…
They were already underway when we visited in August of 2011. Guess it will take a while.

Nice post. Preserving such temples is important work to keep modern Japan grounded in its cultural roots I think.

Matsushima - we are talking about the islands off the coast near Seadai, right? Was one of my first trips, lovely area.

Great to see that 'traditional' craftsmen like carpenter have lots of work lined up. REAL work of course.
9:03 pm, June 26, 2013

Martin J Frid said…
It was just amazing to be allowed to climb the ladders and watch the work. Ted, do let me know if there is an article about your visit!