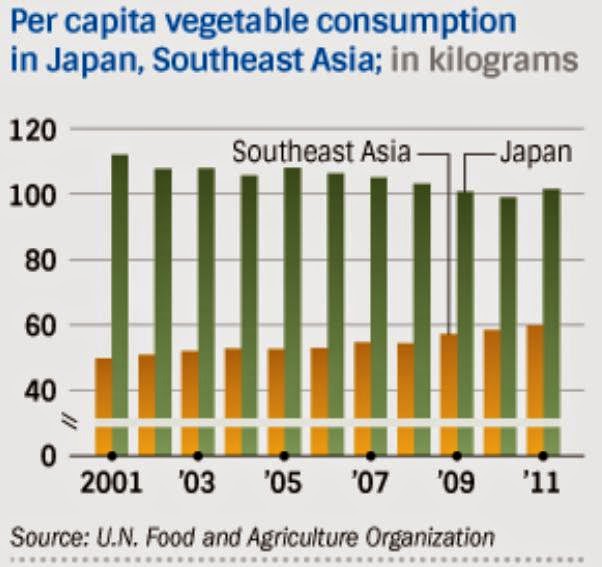 Nothing like a healthy meal, with lots of fruit and veggies. Any time of the day.

It also makes economic sense. Not just because it will help cut your medical bills. Well, think about it. Well.

Nikkei Asian Review notes that all over Asia, there is a trend towards more healthy eating, and that means more fruit and vegetables.

How to provide it? That is another huge task.

The Bolaven plateau in the southeast of Laos is gaining prominence as a cabbage-producing area. A 150-hectare field, situated about 1,000 meters above sea level, is being cultivated by 160 farms under contract with Pakxong Development Export-Import, the country's largest agricultural corporation. "Production of cabbages in Bolaven for export is helping farmers double or triple their incomes compared with 10 years ago," said the mayor of the village of Nonsoung, which administers the place.

Demand for vegetables is growing among Southeast Asia's roughly 600 million consumers. Per capita consumption rose to about 60kg a year in 2011, according to the Food and Agriculture Organization of the United Nations. That amounted to a 20% increase over 10 years.

The article mentions several Japanese companies that are now growing vegetables in Thailand and Vietnam.

Lacue, an agricultural corporation based in Kawakami, Nagano Prefecture, is growing a brand of lettuce called Asagiri in Vietnam. The operation in Dalat, a high-altitude city in the central part of the country, is run through An Phu Lacue, a joint venture with a Vietnamese company.

Kawakami is one of Japan's largest producers of quality lettuce varieties. The company adopts the same cultivation methods in Vietnam, keeping chemicals to a minimum.

The Asagiri brand costs 55,000 dong ($2.59) per kilogram, twice as much as ordinary varieties. But the crisp, sweet taste and the brand's reputation for quality are winning over locals in Ho Chi Minh City and other large municipalities. FamilyMart, the Japanese convenience store chain, also uses the brand in its sandwiches.

Meanwhile, Taiwan is rocked by a huge food oil scandal, showing that some in the meat industry will go to any length to sell lard (pig fat) and "gutter oil" (re-used cooking oil that nobody seems to know where it comes from) to make modern food products, for sale. My suggestion? Avoid anything made from food factories.

You couldn't make this up. The disgusting oils sold and re-sold for cheap production to over a thousand companies. MOS Burger, the Japanese company was also a victim. I'm hoping Japanese lard producers are not going to be found guilty of importing this stuff, but who is checking and testing their products? And who is to say, other cheap imports are not already here, from guys in huge cars with more cash than sense...? 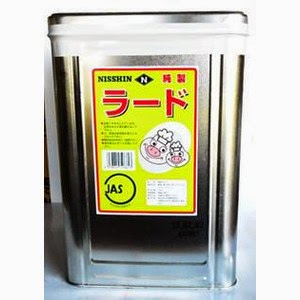 Lard, by the way, is never safe. This is fat that is solid at room temperature, so imagine what it will do inside your body. It will - stay solid. That means, it will clog your arteries.

Lard, even in its pure form, is harmful. Now add toxic sewage plus whatever the criminals in Hong Kong and Taiwan sold to those companies...

Wonder why sensible people all over Asia are turning to vegetables, instead?

In some parts of Asia, this is known as the Mooncake food scandal. In autumn, it is a tradition to enjoy viewing the full moon while enjoying traditional sweets.

Well, unless you make it yourself, or really trust who supplies you with the goodies, no way to know what kind of (cheap) fat has been used. Disgusting? You said it.

A Kaoshiung-based supplier is accused of buying at least 240 tonnes of gutter oil – recycled from kitchen waste, by-products from leather processing plants and offal from slaughterhouses – from an unlicensed factory and then reselling it to importers and businesses in Hong Kong and Macau. Several samples have been taken, including mooncakes, almond strips, cookies and various kinds of bread – and unfortunately pineapple buns are affected. Some have been sold in Starbucks and 7-Eleven. 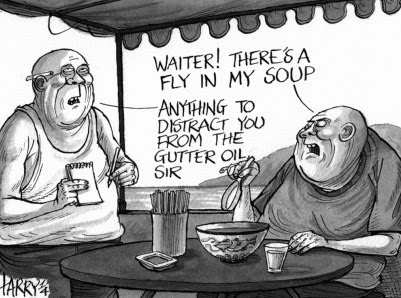 Gutter oil scandal? It is a terrible story and has been reported widely here in Asia. It has exposed food oil as the weak link in the increasingly globalized food supply system.