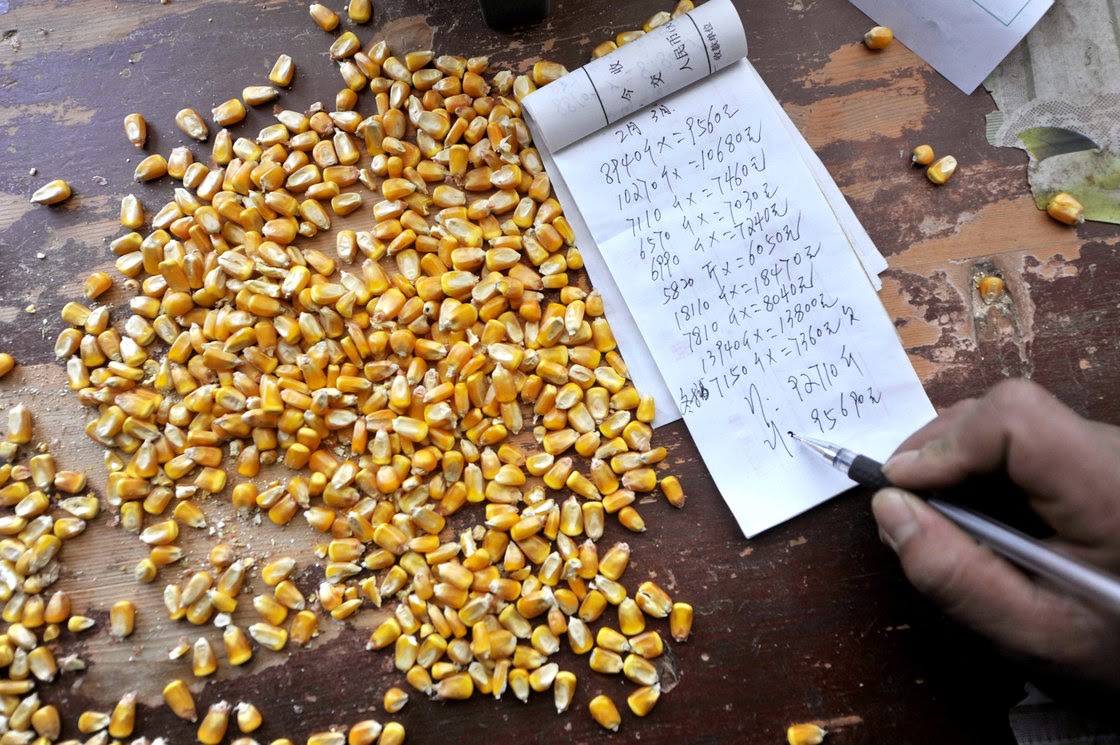 Japanese farmers have completely rejected genetically modified organisms. There is no cultivation of GMOs in Japan for commercial purposes. Very few field trials are ongoing at research institutes, which we are keeping a close eye on. Meanwhile, reports from China indicate that GM rice will not be allowed, which is great news. South Korea also does not grow any GMOs commercially.

Activists and experts in Asia are not supporting GMOs. Here is Third World Network and their campaign for biosafety.

The Biosafety Information Centre is a website set up and managed by Third World Network.
The goals are to:


Meanwhile, back in the US of A:

China's tougher stance on imports of genetically modified corn is roiling U.S. agribusiness, largely halting trade in the biggest U.S. crop in its fastest growing market. By one industry estimate, exports are down by 85% compared with last year.

NPR has another story about the mess that GMO is causing in 2014: When China Spurns GMO Corn Imports, American Farmers Lose Billions

The crackdown began in November 2013. China began rejecting shiploads of corn when officials detected traces of the new gene. By February of this year, U.S. exports of corn to China had practically ceased.

The failure of GMO foods to catch on in virtually all parts of Asia by 2014 is a story that needs to be told to the world.

China’s Ministry of Agriculture has decided not to renew biosafety certificates that allowed research groups to grow genetically modified (GM) rice and corn. The permits, to grow two varieties of GM rice and one transgenic corn strain, expired on 17 August. The reasoning behind the move is not clear, and it has raised questions about the future of related research in China.
The ministry, with much fanfare, had approved the GM rice certificates in August 2009. The permits enabled a group at Huazhong Agricultural University in Wuhan to produce two varieties of rice carrying a gene from the Bacillus thuringiensis (Bt) bacteria that provides pest resistance. At the same time, the ministry approved production of a corn strain developed by the Chinese Academy of Agricultural Sciences' Biotechnology Research Institute in Beijing. Researchers had altered the corn so that kernels contain phytase, a livestock feed additive that boosts absorption of phosphorus, which enhances growth. All of the certificates were valid for 5 years.

Since the certificates were issued, however, public skepticism about the benefits of GM crops has grown in China.

Some scientists conducting GM plant research have been attacked when giving public lectures.
Why the ministry allowed the certificates to lapse is in dispute. Some environmentalists say public worries about GM crops played a decisive role. "We believe that loopholes in assessing and monitoring [GM] research, as well as the public concern around safety issues are the most important reasons that the certifications have not been renewed," writes Wang Jing, a Greenpeace official based in Beijing, in an e-mail to ScienceInsider.

Others believe agricultural economics also influenced the decision. China has nearly reached self-sufficiency in producing rice using conventional varieties, so the ministry has decided there is no need to commercialize Bt rice in the near future, says Huang Jikun, director of the Chinese Academy of Sciences' Center for Chinese Agricultural Policy. He says that with commercialization off the table, there was no point in renewing the certifications. Huang says "rising public concerns [about the] safety of GM rice" likely also played a role.

Whatever the reason, the decision marks an abrupt change in fortunes for transgenic rice in China. Five years ago, "China was widely expected to soon put GM rice on the country’s dining tables," wrote Cao Cong, a China policy expert at University of Nottingham in the United Kingdom, in a post on The Conversation, an Australian website. The Bt rice project "is now to all intents and purposes dead and buried," he wrote...

Video from 2010, when the UN Convention of Biological Diversity held its meeting in Nagoya, Japan. Wow, that was a lot of fun!