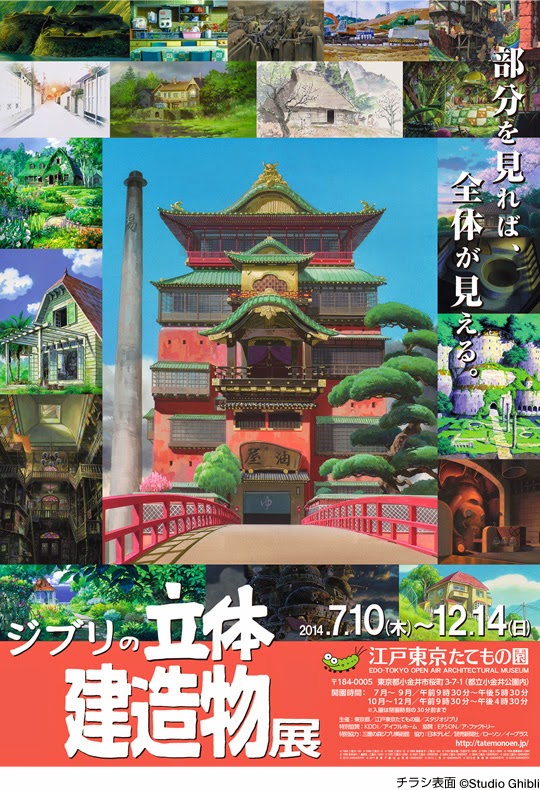 One of Tokyo's most unusual museums is located in Koganei Park, west of the central parts of the city. It is a large park with a lot of space for kids to run around and much to see and do. If you like Ghibli animation films, now is a great time to visit. Until December 14, 2014 they are holding a special exhibition celebrating Hayao Miyazaki's Studio Ghibli and its many talented artists. The famous studio, by the way, is also located in Koganei City near the park.

There is nothing on the official English website, and I do hope they will do more to help people who don't read Japanese to get to know the many architectural treasures and historical buildings in the park.

With nearly 400 different pieces including full 3-D models, landscape paintings, and notes and other material about the anime buildings, the exhibition looks to be a great way for Ghibli fans to get a deeper view of what was happening behind the action. Explanations by Terunobu Fujimori, a famed architect and architectural historian, are also provided, helping to increase patrons’ understanding and enjoyment.

Perhaps the crown jewel of the exhibition is the three-meter-tall sculpture of the bathhouse Aburaya from Spirited Away, which you can see below. 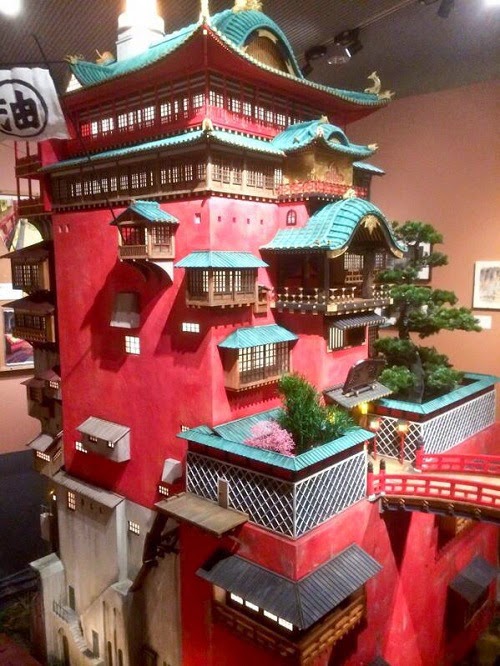 This park (East area) is a great place to explore architecture and wonderful buildings that can, to some extent, still be seen and experienced all over Japan, but... (and this is a huge but) one of the major issues in a country that experiences earthquakes, is sustainability.

The wood architecture here was not meant to create long-lasting structures, but to provide a means to simply rebuild when disaster struck.

Thus, Japan has any number of "old" temples and pagodas and other wooden buildings. Todaiji in Nara comes to mind, from the 7th century initially, but rebuilt in the 17th century. The great pagoda in Nara is from the 14th century, and if that is not enough numbers and years and history to make your mind go "wow" then what. And Todaiji initially had another two such wooden pagodas, imagine that.

So, what is sustainability? I think Japanese wooden structures ought to serve as a norm. If you can build something like Ise Shrine, and keep rebuilding it, then it qualifies.

The Edo-Tokyo Open Air Architectural Museum has a more recent take on that.

Many of the buildings that have been carefully moved and restored at Edo-Tokyo Open Air Architectural Museum have featured in Ghibli movies.

Tom O said…
Jitsu wa... Ghibli museum itself is actually located on the western edge of Inokashira-Koen park, a 10-15 minute walk from Mitaka station (also on the Chuo line!).