February 9 is the date of the vote for a new mayor for Tokyo, and it has been called a "nuclear referendum" but I smell rat.

The candidates may be for or against nuclear power.

A reminder: Currently, none of Japan's 48 nuclear power plants are online. Japan has completely gone off the nuclear "heroin" drug.

Of those, only two would be in any position to provide Tokyo with electricity. Those are reactors 6 and 7 in Kashiwasaki Kariwa in far away Niigata prefecture. Both were severely shaken by the earthquake back in 2007, so we know they are not yet confirmed to be safe as such. No other reactors that may provide Tokyo voters with energy are about to be restarted.

I went on a tour back in 2008 at the world's largest nuclear plant in Kashiwazaki Kariwa in Niigata prefecture, western Japan. It has seven nuclear reactors that are currently all undergoing repairs after the massive earthquake in July, 2007. The PR from Tepco, the electricity company that runs the plant, was confusing at first, (BBC) and it is clear that damage was more severe than initially reported.

At the visitor center, I was surprised to see families with young children. The displays ranged from very technical to simply wonderful - for toddlers. There were activities and playrooms, as well as staff clearly skilled at dealing with all kinds of questions. But it was not until the bus ride that the guide started explaining about the serious damage to the seven reactors.

We were not allowed to leave the bus as we drove past each of the seven huge concrete buildings, and the bus guide noted that the office complex had been so damaged that staff now worked from a prefab building that had quickly been erected.

Japan's children learns how to deal with earthquakes in many ways, but this tour really made me wonder if anyone can ever be sufficiently prepared for a major nuclear power plant disaster. A better lesson, of course, would be to teach energy conservation and alternative, renewable power production to the next generation.

If you haven't visited a nuclear power plant, I think you are missing out on an important part of contemporary culture. They provide lessons in quantum physics, clever engineering, safety-first standards (ISO 14001 and ISO 9001 are applied at Kashiwazaki Kariwa) while giving insights into human folly.

This cute rat-like mascot at this particular power plant is called Ecoron. Welcome signs use his (her?) image and visitors can take the Ecoron Quiz and win prices (we won cotton handkerchiefs).

Meanwhile, the visitor center also displays pride in the fact that this is the world's largest nuclear power plant. I don't mind if some people think nuclear power is worth to be called "eco" but at least they need to come clean (pun intended) on the horrors of radiation damage and the difficulties with ensuring long-term disposal of the spent nuclear fuel.

Fast forward to 2014. Niigata is not happy about the idea that its two remaining nuclear reactors may be restarted. Niigata governor Hirohiko Izumida bluntly called the plan “a pie in the sky idea” according to Asahi Shimbun:

Izumida met with TEPCO President Naomi Hirose on Jan. 16 to hear how the company plans to rebound from the accident at the Fukushima No. 1 nuclear plant caused by the Great East Japan Earthquake and tsunami on March 11, 2011.
“Shareholders and banks have not taken responsibility (for the accident), and it is a ridiculous plan from a safety standpoint,” Izumida said at the meeting.
The governor has never hidden his distrust of the utility. He strongly objected when TEPCO announced plans in July 2013 to submit an application to the Nuclear Regulation Authority for checks to determine if the No. 6 and 7 reactors at the Kashiwazaki-Kariwa plant complied with the government’s new safety standards.
Izumida was incensed because the utility failed to notify the Niigata prefectural government beforehand that it was planning to submit the application, part of the process toward resuming operations at the two reactors.
Although the governor did conditionally approve the filing of the application in September, he has long insisted that he would only consent to the resumption of reactor operations after the investigation and review of the Fukushima nuclear accident are completed.
Izumida has been especially critical of the fact that TEPCO has yet to clearly explain why it took nearly two months after the onset of the nuclear disaster to admit that meltdowns had occurred at the Fukushima plant.
“A major point of the review of the accident is to determine if (TEPCO) is a company that can be trusted,” Izumida said Jan. 15.
For its part, TEPCO is hoping that the NRA will soon determine the facility complies with the stricter safety standards so that the two reactors can be restarted in July or August.
The utility also hopes to bring back online the No. 1 and 5 reactors by February 2015 after safety upgrades are finished.
The mayors of the two municipalities that host the Kashiwazaki-Kariwa plant also made clear they need more reassurances before giving their consent to the resumption of operations.
“A major precondition will be the implementation of measures to secure the safety of the plant,” said Kashiwazaki Mayor Hiroshi Aida.
Kariwa Mayor Hiroo Shinada said TEPCO’s plan will not automatically lead to reactor restarts. “The rebuilding plan is the basis for injecting public funds by the central government, while the resumption of operations at the plant is a completely different issue,” he said.

As for the rest, such as the controversial Hamaoka reactor southwest of Tokyo, they have recently built a huge 22 meter high wall hoping that will stop a potential tsunami. And that would not be providing Tokyo residents with juice for their heated toilets, air conditioners, rechargeable gadgets, or else. And I know there are any number of factory owners and businesses that hope for cheap electricity, but it just is not going to happen. 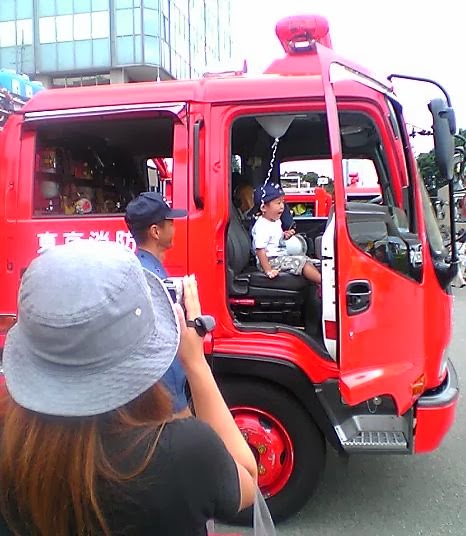 The Tokyo election on February 9 is not about nuclear power, because the capital of Japan no longer has any number of nuclear plants to provide it with "cheap" electricity.

Read more about the status of Japan's nuclear reactors over at JAIF (Japan Atomic Industrial Foundation).

Feb. 1, 2014 PDF file about which reactors are trying to get restarted from JAIF.

My take on this issue back in 2012 at Japan Focus: Getting to Zero: Doing the Nuclear Math about Japan’s Ageing Reactors

And we also get news all the time like this: Construction may delay restart of Tomari reactor

The operators of a nuclear power plant on Japan's northern main island of Hokkaido say they will start major construction to improve the safety of one of their reactors. The work will significantly delay their plan to restart the reactor. Hokkaido Electric Power Company announced the work on the Tomari plant No. 3 reactor at a meeting on Tuesday with the Nuclear Regulation Authority or NRA.
Tomari is one of 6 nuclear plants that applied for NRA safety inspections in July. The inspections are required under new safety guidelines for restarting reactors. The NRA has been assessing the safety of the plant's No. 3 reactor for more than half a year. The reactor has only one pipe for spraying water into the containment vessel in the event of an accident.
NRA officials say the reactor does not meet the government's safety standards because the operator's assumptions about the possibility of a malfunction are insufficient. Hokkaido Electric Power officials say the planned construction work will take more than a few months. NRA officials say the plant's No. 1 and 2 reactors are also not ready for safety inspections. Inspection of the No 3 reactor is also hampered by estimates of the scale of an earthquake that could hit the plant.

Japan's nuclear regulator will conduct a survey at the Kashiwazaki-Kariwa nuclear plant to find out whether dozens of fault lines beneath the facilities are active.
The operator, Tokyo Electric Power Company, has applied to restart 2 of the 7 reactors at the plant in Niigata Prefecture on the Sea of Japan.
The utility submitted documents requesting a safety screening to the Nuclear Regulation Authority in September last year.
The regulator has asked the firm to check if 23 fault lines running under some of the reactor buildings could cause earthquakes.
The NRA commissioner, Kunihiko Shimazaki, and other experts will conduct an initial survey over a 2-day period beginning as early as February 17th.
They will visit the site where an observation shaft is being drilled to a depth of 30 meters.
The utility's business plan assumes the reactors can be restarted in stages from July, but the survey of the faults is expected to continue for several months.


Update 2: I wonder how the massive snowfall this weekend will influence voter turnout, and what effect that may have on election results...
Earthquake Energy Fukushima Hamaoka Hokkaido Niigata politics reduce renewable energy Tokyo Tsunami

TenThousandThings said…
This is an important post; shared with Nuclear-Free activists. Will repost at TTT.
7:00 am, February 07, 2014

Martin J Frid said…
Thanks for the comment! I have updated the post with more information about the faults under the Kashiwazaki Kariwa nuclear plant in Niigata.
1:53 pm, February 07, 2014

While we wring our hands over nuclear power (myself included mind you!), according to Greenpeace some 257,000 people die EVERY YEAR due to the effects of coal powered electric plants! Nearly twice the casualties of the atomic bombings of Hiroshima and Nagasaki, but occurring annually.

Meanwhile, gas and oil imports and nuclear technology exports dominate Japanese foreign policy to our detriment if what we seek is a peaceful and ecologically resilient world.

IMHO we need a much more rational and holistic approach to these matters.