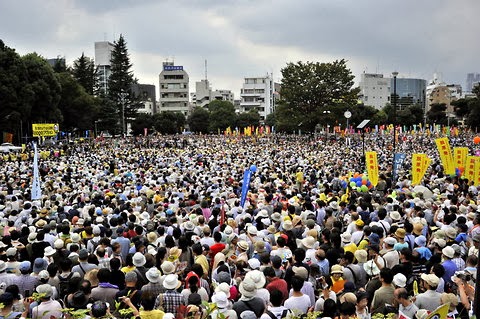 Responsibility as an ethical and social concept has often been researched and reinterpreted. When the environmental movement in Europe spurred critical thinking about our planet and its future, one of the most prominent German-born philosophers at the time, Hans Jonas, suggested expanding the imperative of responsibility beyond the present and with reference to the permanence of genuine human life.
Looking back, Hans Jonas’ arguments seem even more resonant since we learned about the possible side effects of nuclear energy. Chernobyl and other accidents have taught us that Hans Jonas was right when he wrote about “utopian dynamics of technical progress and the excessive magnitude of responsibility” back in 1984.
Long-lived radionuclides and especially the lack of knowledge and data to understand their impact on human life provide sufficient evidence that modern technology has introduced actions of such new scale that requires a new dimension of responsibility.
Learning from Hans Jonas implies that responsibility for the shattered Japanese nuclear power plant has to be defined so that not only everyday troubleshooting but also the long-range effects of the accident are properly tackled. Responsibility for Fukushima clearly requires more than the reactive responses currently demonstrated by the Japanese government; it requires proactive steps and leadership for the future of the country.

What I don't understand is this:

Looking abroad, we can see many historical parallels between Japan and Germany but today’s life in both countries suggests one major difference: The German tendency to publicly complain about everything.  Spend a weekend in Berlin and you will most likely see the streets closed down to allow for a demonstration or protest for or against any random topic. Spend a weekend in Tokyo and you will see the streets closed to allow for a unique shopping experience. 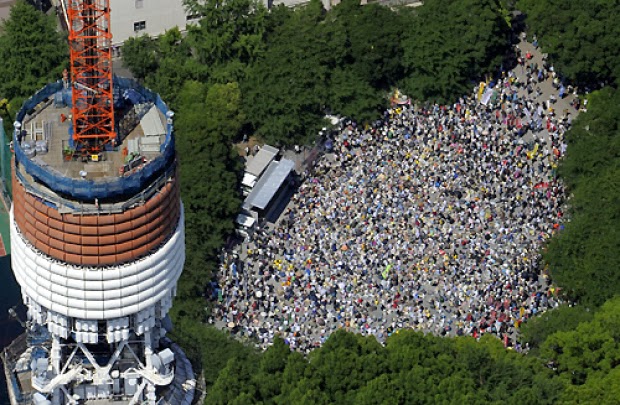 Has the great number of large protests in the center of Tokyo completely been ignored by people at major universities? Author Kenzaburo Oe, who won the Nobel literature prize in 1994 and has campaigned for pacifist and anti-nuclear causes, also addressed the crowd.

How about the people here protesting against Monsanto Corp. in Japan?

Tokyo, Japan – Protestors show placards with the message “No Monsanto” and “No more GMO” during the protest in front of Monsanto’s office in Ginza, September 17, 2013. 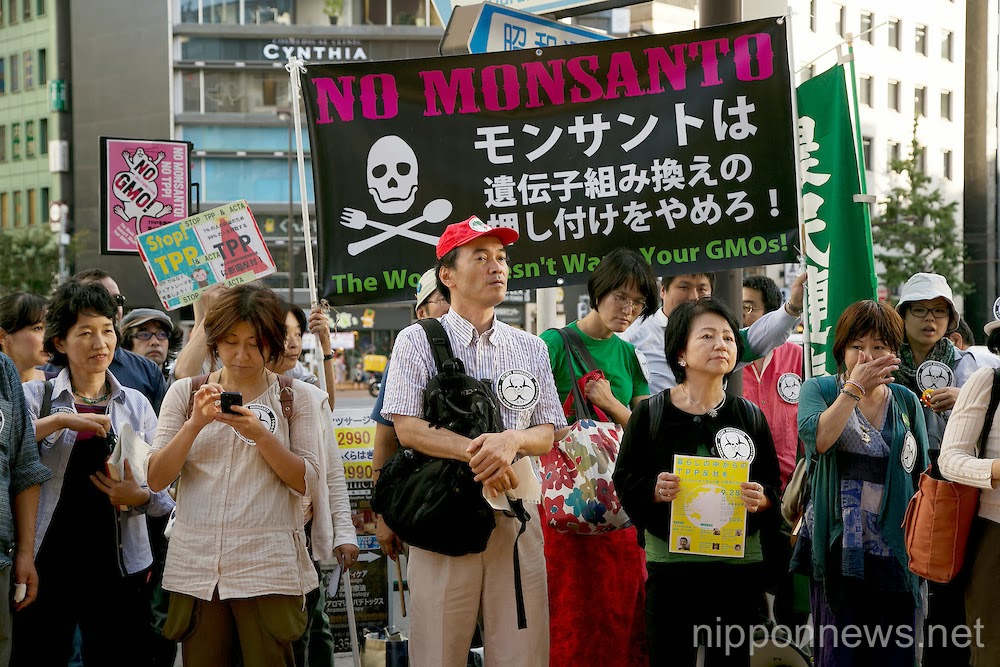 The protestors present a letter with their objections to the multinational at their offices in Ginza. Monsanto is the world’s largest producer of genetically engineered food market in the world. (Photo by Rodrigo Reyes Marin/AFLO).

We also had events in the streets of Tokyo to raise awareness about Climate Change, to set binding targets, not just let business decide what they think is best in terms of greenhouse gas emissions, and helping people become aware of what they can do on a daily basis to combat global warming... 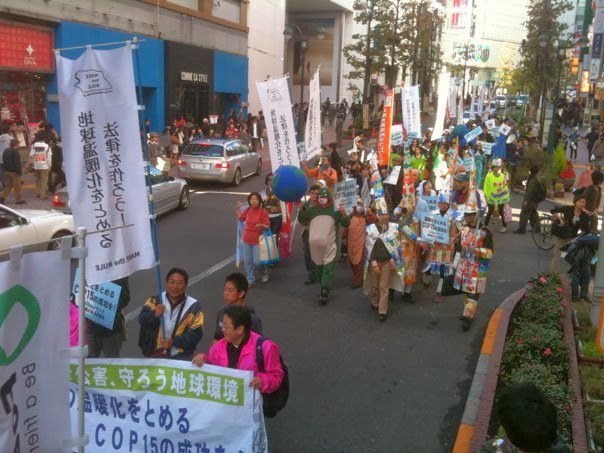 As they marched through the streets, the protestors carried signs and banners that had messages such as “No Nukes! Unevolved Apes Want Nukes!” As of today, the two reactors that were restarted last summer, located in Oi, Fukui Prefecture, are the only ones out the country’s 50 that have returned to operation. While Sunday’s rally was organized between three different groups, Kyodo news reported that the Tokyo Metropolitan Police Department had put the number of protesters between 20,000 and 30,000.

And what about the 2012 Yokohama event that brought together anti-nuclear activists and anti nuclear bomb activists for the first time? Have you not paid visit to the huge anti-nuclear events?

Add to that the many events to support the effort for Okinawa, right here in the capital of Japan.

Plus climate change parades, and events against genetically modified organisms in Nagoya. 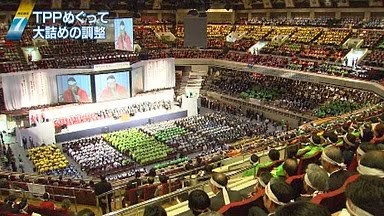 Add to that the recent major protests by farmers and consumers against the unfair, and secret Trans Pacific Partnership negotiations.

As this blog may be trying to show, at any weekend you could enjoy a lot of events that has much more to do with the Japanese protest movement than you seem to be aware of. 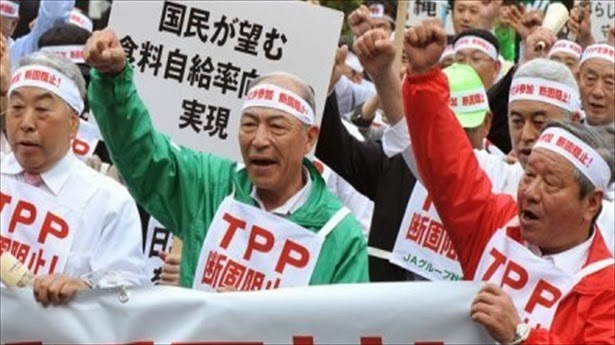 What I have been a part of, and the events I have experienced first hand, and the huge support in a peaceful way here in Tokyo, is not that the streets are "closed to allow for a unique shopping experience."