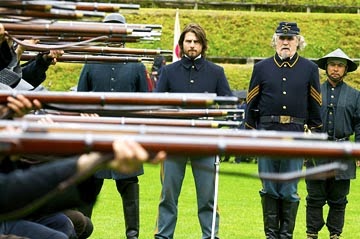 So I was just thinking, wouldn't it be great if Tokyo was more like Scotland, and wanted to be independent of the rest of Japan.

And the UK wants to not be part of the EU?

Much like Japan does not really want to be part of - Asia.

I mean, you have all kinds of prefectures and lousy islands making trouble (much like Gibraltar or the Falklands) so Tokyo could just vote for "No" to all of the Senkakus and the Takeshima troubles, and whatever the Russians call the islands up north that Stalin grabbed back in August 1945...

Tokyo could take a lesson. Scotland could be a model! Forget about Dai-Nippon and all that Imperial business ages ago. Go it on your own! Elect someone clever to start the process!? No problem. Tokyo and California, and what about Milan or Barcelona; who else? Quebec? Georgia? Palestine? Tibet? Could all become independent and get rid of all the baggage...


But no, good old Tokyoites, with all that snow on Saturday, you had to elect someone like Yoichi Masuzoe. Wow. He now vows to restore public trust in Tokyo. That's just great. Do vow away. Vow. Wow. Hope he has more sense than that.


The newly elected governor of Tokyo says he will work to restore public trust in the metropolitan government in the wake of his predecessor's money scandal. Former health minister Yoichi Masuzoe held a news conference on Monday, the day after he won the gubernatorial election with over 2.1 million votes. Masuzoe said it is significant that he garnered more than twice as many votes as the 2nd-place finisher. But he said he will govern in a way that will make all Tokyo residents, not just those who voted for him, glad he was elected.

That's all he had to say? Shake heads, do worry.

As an aside, there was a piece in the UK press that noted that the United Kingdom has not exactly gotten the respect it thinks it should have from its former colonies. I think that applies to Japan (and other imperials as well, like the US, or USSR, or Portugal, Spain, Belgium, the Netherlands...) so here it is:


The Guardian: To do business with India and China, Britain needs to lose its imperial swagger

The sins of empire are still etched in the minds of many of the UK's global partners. Our soft power is the best antidote. Britain may have lost an empire – but not its baggage. Sixty years on so many countries with which we now seek friendly trading relations have historic reasons for suspicion, and their elites usually remember.

Last week, outraged Sikhs discovered that in 1984 Britain had advised the Delhi government before the Indian army's storming of Amritsar's Golden Temple, which resulted in hundreds of deaths. As the foreign secretary, William Hague, defensively pointed out, it was a minor matter and probably of little influence. This was a post-imperial favour, but it reminded Indians of one of the key events – by unfortunate coincidence also in Amritsar – of their struggle for independence: the butchery in 1919 of up to 1,000 civilians at Jallianwala Bagh on the orders of a reactionary British general, Reginald Dyer. The Amritsar massacre made the repression of Dublin's 1916 Easter Rising look mild, and had similarly radicalising effects.

The romantics back home, brought up on Rudyard Kipling's rose-tinted view of empire, tend to forget that the freedom movements of our former colonies – starting with the Americans back in 1776 – inevitably defined themselves against British rule. Their identity was not to be British. Far from remembering their colonial governors as wise and altruistic, the necessary political interest of the United States founding fathers, Mahatma Gandhi, Éamon de Valera and Jomo Kenyatta was to blacken Britain. You cannot fight a campaign – even a nonviolent one – without decrying your opponents.
(...)

Tom O said…
Well, as you know, in this neck of the global woods on this island there is 'London' and then there is...

Btw, its a bit sad but then again - at his age - maybe NOT so much of a surprise but Billy Connolly was diagnosed with Parkinson's Disease;

If/when I got to that age and beyond I don't want to be dealing with all the seeming decrepitude. But then again, maybe I'll be away with the fairies and not know who I or anyone else is!
10:03 pm, February 11, 2014

Martin J Frid said…
Old age - not so bad if you consider the alternative...

Pandabonium said…
This Mayoral race really brought to focus the difference between being clever and being wise. Too bad clever wins.

I enjoyed Last Samurai. Sad that to provide an unspoiled background they had to film it in New Zealand! Let's stop pouring concrete and stringing electrical cables, shall we?
5:08 pm, February 13, 2014

Martin J Frid said…
P, with our current energy constraints, who can afford pouring concrete and stringing electrical cables... Unless we ask future generations to pay for it, of course.
12:56 am, February 14, 2014