Protests against GM food in Japan 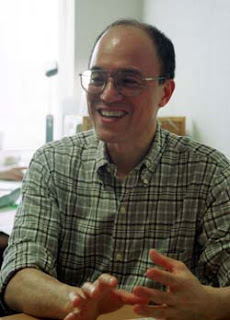 Keisuke Amagasa of NO! GMO Campaign notes that, 'Japan does not produce any GM crops. However, because Japan imports GM canola from Canada, GM contamination has already occurred and it is spreading to a much greater degree than one could imagine. If GM crops are cultivated, then this kind of pollution will spread even more. Judging by the ominous precedent of Canada, once GM crops are cultivated, segregation between GM and non-GM will become almost impossible, and keeping pure non-GM varieties away from GM contamination will be very hard. The clear conclusion from the findings is that cultivating or importing GM crops, leads to GM pollution and once this pollution begins, it can cause irreversible damage.' (Spilled GM canola growing in Japan - Citizens' survey results 2007)

In October 2007, a delegation from the NO! GMO Campaign, an alliance of more than 80 Japanese consumer groups, together with farmers' groups and 300 individuals, visited Australia, to deliver a petition asking state premiers to extend their moratoria on GM food crops. The petition is signed by 155 Japanese consumer organisations, consumer cooperatives, labour organisations and cooking oil producers whose total membership represents 2.9 million Japanese consumers.

I enjoy Keisuke Amagasa's lectures and I have learnt a lot from his efforts to educate consumers and farmers. We all need more facts about food from independent voices like Amagasa-san. I wish his books could be published in English! 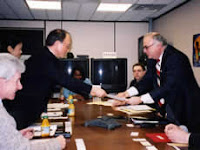 Further reading about Japan and the GM issue in English:
- Japan Resources by Consumers Union of Japan

Pandabonium said…
You wrote: "I wish his books could be published in English!"