Did You Know - What Is SWIFT? 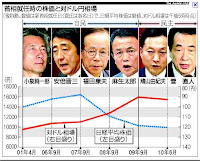 If you ever send money abroad, SWIFT is the Belgian company that makes it happen. Swift is "Society for Worldwide Interbank Financial Telecommunication" and they claim to "supply secure messaging services and interface software to wholesale financial entities." As of November 2008, SWIFT linked 8,740 financial institutions in 209 countries, according to wikipedia.

Except, they may not be as secure as you wish. They have been accused of breaking privacy rules, as in this case in 2006:

A European banking organisation broke privacy rules by allowing the transfer of citizens' transaction details to US authorities, the Belgian privacy protection commissioner has ruled. EU officials may appoint an independent auditor to investigate.

The Society for Worldwide Interbank Financial Telecommunications (SWIFT) co-ordinates payments between financial institutions and has its headquarters in Brussels and offices in the US. The New York Times revealed in June that it had been passing details of European banking transactions involving the US to the US Government since the terrorist attacks in the US of 11th September 2001.

Well, the Belgian prime minister Guy Verhofstadt did say that SWIFT should have "taken more account" of Europeans' privacy rights. Whatever that means. In September 2006, the Belgian government "declared that the SWIFT dealings with U.S. government authorities were, in fact, a breach of Belgian and European privacy laws."

"SWIFT finds itself in a conflicting position between American and European law," he said. "But it should have received stronger guarantees of privacy protection based on European standards, not by American standards, which are not as strong."

Earlier this year, the European Union has tried to stop the agreement with the United States.

The European Parliament has blocked a key agreement that allows the United States to monitor Europeans' bank transactions - angering Washington. The US called the decision a "setback for EU-US counter-terror co-operation". The vote was a rebuff to intensive US lobbying for EU help in counter-terrorism investigations. EU governments had negotiated a nine-month deal which would have allowed the US to continue accessing the Swift money transfer system.

The US started accessing Swift data after the 11 September 2001 terror attacks on New York and Washington. But the fact that the US was secretly accessing such data did not come to light until 2006. Last week the Greens' home affairs expert, Jan Philipp Albrecht MEP, said that in backing the new deal the European Commission and EU governments had "not respected the fundamental criticism about the lack of sufficient protections with regard to privacy and the rule of law". The leader of the Socialist group, Martin Schulz MEP, said: "We want a new and better deal with proper safeguards for people's privacy."

The European Parliament’s decision to reject the so-called “SWIFT Agreement” in February 2010 was historic, as even the vice-president who was chairing the plenary session had to admit. It defended EU citizens’ fundamental rights against overly intrusive measures by security agencies, but it also came at the right moment. The Parliament now has full co-decision powers in the area of Justice and Home Affairs, and it will have to set a clear path in order to use these responsibly.

So, dear readers, if you are interested in this kind of matter, how would you suggest that we go about trying to find out what is actually happening. Do you think we are getting the entire story? You can see a 3:30 min long BBC video about the privacy debate from July 8, 2010 here.

How is Japan dealing with similar demands... Are banks in Japan, using SWIFT, also sending bulk data of all monetary transfers to the authorithies in the United States? Anyone in the know?

Not much I can find, except Swift.com/jp which has a "community" website, of course, and even a blog, but nothing about the privacy debate.

However, I found this gem from Colin at Swift:

The Wolf is at the door – if he huffs and he puffs will he blow the bank down?

Last week saw me in New York, at what could prove to be a historic moment for both the US and potentially the world’s financial markets, what with one of the widest sweeping shake-ups of US financial legislation since the Great Depression of the 1930s being signed into law. Now let me share how if we just followed the lessons learnt from our childhood fairy tales, we would have constructed a more resilient bank.

Many of you may now know that I have four children ranging in age from 4 to 14, and when dad returns from any overseas trip we always spend quality time together, playing games, reading books and the like. This return from the States was no different. As soon as I stepped through the door, my four year old and six year old had their favourite books in hand and we snuggled down on the sofa…. This week’s favourite was a good old fashioned English fairy tail – ‘The Three Little Pigs’.

You know the one - where the first little pig built a house of straw and then the big, bad wolf came along and huffed and puffed until he blew that house down! As with every fairy tail there is always a moral to the story. There certainly was for the poor little pigs in our story, for the first little pig went running to his brother’s house. The second little pig’s house, while stronger than the first, was made of sticks and that wolf easily blew that house down too.

This got me thinking – have the banks that were weak or poorly conceived all fallen? Or will we see more failures against this unmeasured force? Is the worst yet to come? If the first little pig was you and me, the retail customer and that house collapsing was the subprime crisis, who is the second little pig? Is he the commercial customer? And what could possibly be represented by the house of sticks?

Could it be anything to do with the US$1.4 trillion in commercial real estate loans at are coming due over the course of the next four years in the United States , that’s about US$300 billion per year.

Surely not…. Surely banks and bank supervisors have already addressed these issues after all between 2002 and 2008 CRE lending in the US almost doubled to $3.5 trillion.

As Michael Mayo (managing director and financial services analyst at Calyon Securities) stated in his testimony to the US Financial Crisis Inquiry Commission back on 13th of January this year “I’ve been analyzing an ‘industry on steroids’ whose prior achievements were artificially enhanced” .

Thanks for sharing Colin, good work.

Tom O said…
One does keep forgetting that `terrorism` only started one day in September 1991. But I`m sure the relevant American authorites have ALL of our welfare in hand...

Kinda relatedly its interesting - if thats the word - that the revised extradition agreement between the UK and the US totally favours the latter. But then thats the `Special Relationship`(TM) for you (also known as `being expendable`).

But, anyway, at least the US wouldnt impose any unfair agreements on Japan, um would it??

Finally, something from Belgian making international news - strewth!!? So there is more to that country than Tintin, Trappist beer and nice chocolates. Blistering barnacles!!
1:20 pm, August 02, 2010