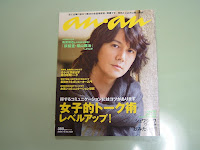 This singer/song writer from Nagasaki is currently everywhere, summer of 2010, and his new song 蛍 Hotaru (Firefly) was just released on my birthday a couple of days ago.

Last year on August 9, Masaharu Fukuyama told listeners on his radio show that he is a 被曝二世 Hibaku nisei (the son of survivors of the atomic blast in 1945).

You know him of course from the NHK drama about Sakamoto Ryoma. Masaharu Fukuyama has a solid fan base since his debut in the spring of 1990 with Tsuioku no Ame no Naka (video from Harajuku and Shibuya and he is even smoking - scandal!).

He "remains active and popular," according to Wikipedia which I think is something usually said about much, much older artists.

I like this summer time love song video: a simple trip by rental car and local trains to a ryokan, a visit to a dirty beach (with a highway running along the coast line) and the general mood of the simple, fleeting joys of life.

Big bonus points to any Kurashi reader who can locate that train station from 1.52!

Super 8 obviously used because we are all so tired of digital?

The Hotaru tune is also the theme song for another TV drama this summer, called 美丘 Mioka.

But, back to the NHK drama about Ryoma:

The popularity of Ryoma Sakamoto, who played a key role in toppling the Tokugawa shogunate and the Meiji Restoration, is rising thanks to the influence of NHK TV's "Samurai Drama: Ryoma-den."

The scene of the drama has shifted to Nagasaki, a port city with an exotic atmosphere. Ryoma frequently visited the city toward the end of the Edo Period and the beginning of the Meiji Era. It may have been a comfortable place for the samurai, who attached more importance to the future of Japan than the benefit of his clan.

"Nagasaki is my hope," a line from a novel by Ryotaro Shiba.

The victory of Satsuma and Choshu, or the ancient clans in southern Kyushu and Yamaguchi, against the Tokugawa bakufu in Edo (Tokyo), was the trigger to start the process of modernizing Japan as a nation on par with other powers. This is tied in with Sakamoto Ryoma and his clear thinking. He was a young man who realized that in order to compete with the developments in industry and technology, especially guns and naval power, the Japanese people had to modernize to avoid being colonized or carved up into "spheres of influence" like China or India in the 19th Century: something Japan was not going to have to suffer.

Kōchi Airport has been renamed to the Kōchi Ryōma Airport in his honor. You can visit the Sakamoto Ryoma Memorial Museum 坂本龍馬記念館 (English website) in Kōchi, Shikoku, where he was born. 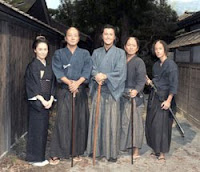 Why pop star Masaharu Fukuyama in the role as Ryoma?

"I wondered why they chose me," Fukuyama admitted at a news conference in November. "I had this image of Ryoma as a very rough-hewn guy, and I thought my image was different to that."

Producer Suzuki explained that, "This time, it's a cheerful, down-to-earth Ryoma that we wanted to depict," suggesting that this would be easier for today's viewers to identify with — at least at the outset. As the series progressed, he continued, Fukuyama's clean image would be considerably "roughened up."

Fukuyama says Ryoma's greatest asset was his willingness to try anything. "I initially had this idea of him as a bulldozer, a man with a one-track mind who would barnstorm through whatever obstacles got in his way," Fukuyama said. "But, in fact, he was a sponge. He absorbed everything and then extracted only the very best ideas."

This is the lesson the singer says he hopes to take from this yearlong acting assignment. "When I'm busy or I'm working a lot, I have a tendency not to listen to people," Fukuyama admitted. "Ryoma has taught me that learning to absorb everything and having a healthy curiosity is important."

"The lesson to learn from Sakamoto Ryoma is that anyone — even a nobody from the country — can actually change the course of history," he said. "There are a lot of things about Japan today that also seem unchangeable. I hope this new Ryoma will demonstrate that they can in fact be changed."

Masa said…
I could not locate the station but the railway looks like Hakone Mountain Railway.
4:31 am, August 17, 2010