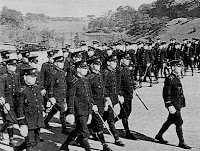 UK Treasury Commercial Secretary Lord Sassoon argued that "this agreement is a vital tool in the global effort to fight terrorism. The Tracking Programme will supply leads against those responsible for planning or committing attacks in Europe. This week's commemorations of the 2005 London attacks are a poignant reminder of the very real threat we face".

He added that "we now look forward to prompt implementation, while ensuring the protection of personal data, which improves our national security".

German Liberal MEP Alexander Alvaro, who drafted the Parliament's position and led negotiations with the other institutions, argued that the chamber had "stood up for citizens' rights to privacy by insisting that the current transfer of bulk data via SWIFT will be replaced by a properly controlled European data transfer system".

European Commission President José Manuel Barroso argued that "the active and constructive participation of all the European institutions" had led to a "very good agreement, which respects the right balance between the need to guarantee the security of citizens against the threat of terrorism and the need to guarantee their fundamental rights and civil liberties".

However, Portuguese leftist MEP Rui Tavares, whose GUE/NGL group was one of the few to oppose the new deal, said that the content of the agreement essentially remained the same and represented "a violation of the fundamental rights of innocent Europeans".

"Many privacy protection questions remain unanswered," he said, reserving particular criticism for the position in which it places Europol. Doing so was "absurd, illegal and unconstitutional," said Tavares, adding that "this agency has no role in data protection and has a clear interest in the results of any transfers".

"We will challenge this violation of citizens' rights in the courts and if declared illegal, the citizens of Europe will want to know where their elected representatives were and why they voted for an illegal deal," he said.

I think the problem is that the bulk data has to be send, all of it, because there is so much of it. That means, hundreds of millions of bank transfers are just handed over. Who knows what will be read or left in the pile of not so interesting files - and let us just for fun entertain the thought that some obsqure branch of a government would like to know what kind of "secret" transfers go on between company A and company B - or between bank X and bank Y and bank Z - what consequences could that have for free trade, commercial deals and contract negotiations?

Well, Washington said the move is vital to counter terrorism, but many in Europe see it as a gross invasion of privacy.

Policy laundering is a term that is new to me. Privacy International is an NGO that tries to explain these issues, including data retention, "Google Wi-Fi grab" and anti-terrorism measures in general.

How on earth will anyone feel "safer" in 2010 just beacuse a few thousand government officials, with loosely defined powers, sift through the raw data of the bank transfers of hundreds of millions of citizens?

Remember how we all used to laugh at the bloated STASI archives of East Germany - or shudder at the war-time surveillance in Japan, for example through the tonarigumi or "neighborhood association programs" - units consisting of 10-15 households organized for fire fighting, civil defense and internal security, formalized in 1940... We could even go so far as to compare to the infamous (and in the end, so terribly unsuccessful) kempeitai activities:

(Image of Tokyo Metropolitan Police Forces, from the wikipedia entry about the Peace Preservation Law of 1894)
Economics 101 whistle-blower