Rokkasho - Life In A Northern Town 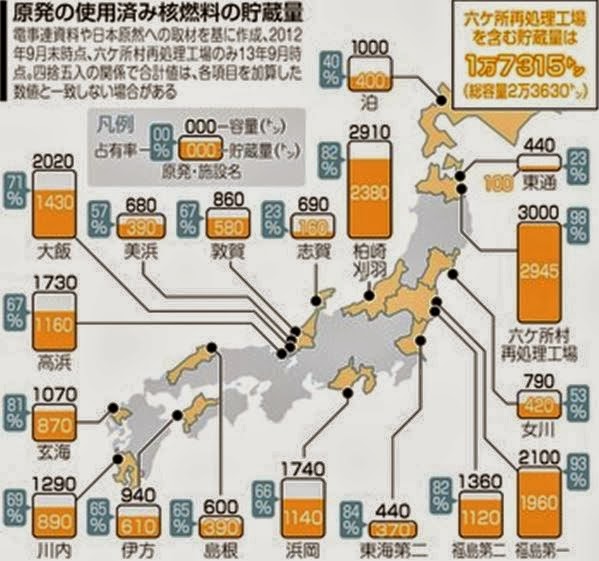 For over 30 years, Japan has been pinning its energy needs on a number of projects, including the Rokkasho Reprocessing Plant in Aomori prefecture.

Things have not gone so smoothly up there in the north, although - as usual - there are conflicting reports as to what will happen.

In January, we learned that Morihiro Hosokawa, the former prime minister, was "deeply concerned that the nuclear reprocessing facility in Rokkasho, Aomori Prefecture, may be vulnerable to a major earthquake," he said in an interview.

Then, The Wall Street Journal noted that Japan "hopes to open a $21 billion reprocessing center at Rokkasho later this year [2014], which will be capable of producing nine tons of weapons-usable plutonium annually... enough to build as many as 2,000 bombs..."

Be that as it may, Rokkasho has other issues that may be more immediately pressing. Its storage space for used radioactive rods is almost full. This is a problem at most nuclear reactors in Japan (and in other countries as well) since no long-term storage solution has been forth coming. But at Rokkasho, the problem is that much worse, since they store so much.

Here is a graph from Tokyo Shinbun that explains how near we are to a situation where local nuclear plants no longer can store any more radioactive rods from their regular operation. Yup, they have to store those dangerous rods inside the nuclear plants where they provided energy, until they were no longer to use them for that.

Rokkasho has already been filled to 98% of its capacity to store radioactive waste. Kashiwazaki-Kariwa in Niigata prefecture, a contender for restart, is full to 82% (which of course means it cannot be run for very long until it has no more space to store its own waste, and then what?). Hamaoka, that I have blogged about frequently, is full to 66% according to Tokyo Shinbun.

I'm reminded of the sense of The Dream Factory, from their 1985 hit, here is the US version of Life In A Northern Town...

And here is the original UK video, much more graphic in terms of what life in a coal mining town may be like, as things slowly wind down...

Anonymous said…
Just what we need - more bombs [sarc]. If you think about it, J-Nuclear - as per electricity provider/supplier - may be kaput (for now), but those guys can still get stuck into some highly lucrative side business(es) if they are inclined to.