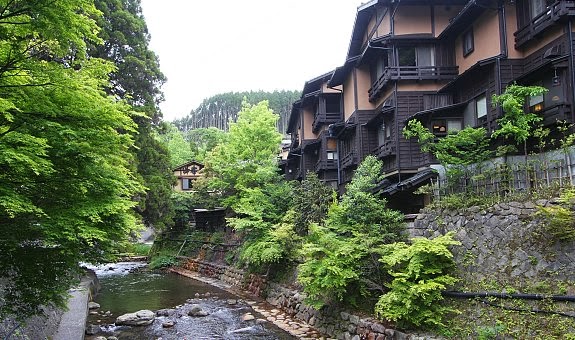 Kyushu is rather very far away from Tokyo, and has been that way since time immemorial when the good people in Satsuma (Kagoshima) refused to go along with/only reluctantly accepted the bakufu (Edo/Tokyo), and the rest is history.

I had the pleasure of visiting these southern parts of Japan, staying at Kurokawa Onsen, and then I went further to Yakushima, an island with great cedar trees that are up to 7000 years old.

Some 40% of the island is protected. Shiratani and Yakusugi Land provide the kind of hiking I had always dreamt of. But the local harbour and the main roads along the coast are being "developed"and there is a lot of construction going on.
You can get a terrific cappuccino at the


One helpful guide who had previously been in the Self Defense Forces but was now working at Shiratani told me that the busy road projects were all due to Shinzo Abe and the current government policies. Ahem. Makes sense, if you think about it, as said Abe hails from what is now Yamaguchi prefecture, which was part of the Satsuma/Choushu rebellion against... but that is another story.

Yakushima has been studied as a model area where material recycling and indigenous energy systems could be realized based on the zero-emission concept. Currently, the major energy source for electricity on Yakushima is hydroelectric. The amount of electricity consumed is 58,400 MWh/y (or 211,000 GJ/y). This renewable energy accounts for about 30% of the island’s total energy supply. The rest of the energy consumed on the island is mainly fossil fuels including LPG, kerosene, gasoline diesel oil and heavy oil. The amount is 530,000 GJ/y. On this island, hydroelectric, wind, photovoltaic, solar thermal, biomass and waste energy sources are available as renewable energy sources. However, various academic papers have concluded Yakushima possesses enough potential hydropower alone to substitute all energy demands without impacting the environment on the island.
There are four hydroelectric power stations on the island. Three of them belong to a private company, Yakushima Denko Co. Ltd that consumes most of the generated electric energy in the production of silicon carbide. The company also sells some portion of its energy generation to commercial and residential sectors on the island. In 2002 a project called "Yakushima Clean Energy Partners" (Y-CEP) was begun and promoted by Denko. It aimed to create the world's first complete "hydrogen society" that uses only renewable, clean energy by between 2020 and 2030. The Y-CEP project had several main components that will use surplus hydro-electricity, including the production of hydrogen, compression, storage, and transportation to supply facilities on the island, and this hydrogen would be used for test driving fuel cell and hydrogen-powered vehicles.

In 2004, a hydrogen fueling station was constructed in the town of Miyanoura. This demonstration project was carried out by a collaboration involving a joint university team, Denko and Honda. The university team researched the efficiency of the hydrogen production, the design of an energy supply network on the island, and the public acceptance of a hydrogen society. Denko maintained and operated the station. Hydrogen was produced by on-site water electrolysis and stored as a compressed gas. Honda carried out the driving test runs using their FCX fuel cell vehicle. The produced hydrogen was supplied to the fuel cell vehicles for their testing.
In August 2010, Nissan Motor Co. Ltd and Kagoshima prefecture signed a Zero-Emission partnership to jointly embark on the “Development of a CO2-Free Island” project to create an advanced low-carbon society on Yakushima. The partnership will primarily focus on promoting the widespread adoption of electric vehicles (EVs) on the island and creating an environment where people can safely drive EVs and utilize renewable energy. Already, the prefecture has offered a purchase incentive for EVs by providing subsidies for installation of chargers, while Nissan has started to analyze how to install chargers using drive data analysis technology. The widely varied topography of Yakushima will also offer an ideal setting to conduct studies on further refining the navigation system for EVs to more precisely factor in road gradient.

South Kyushu thus - an amazing place to visit if you use the new Shinkansen all the way to Kagoshima (if you have the JR Rail Pass).

There is the Sakurajima island of course, which you can reach by ferry from Kagoshima City. When I was in town, suddenly there were great gusts of volcanic ash and strong winds, and my taxi driver pointed out spots where the volcanic ash from last year's eruption could still be seen near the roads. 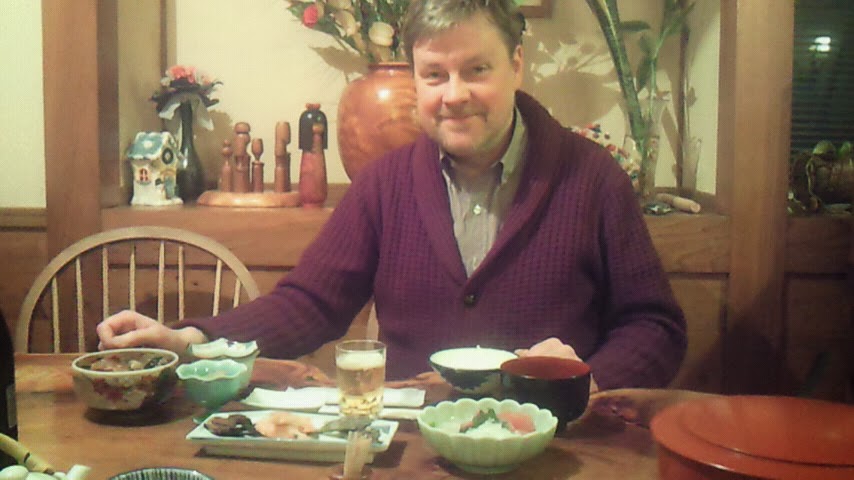