At a press conference Monday, IPCC Chairman Rajendra Pachauri emphasized the need to take the predictions seriously and make efforts to address problems related to global warming. No one would be immune from the impact of global warming, he said. The report mentioned frequent surges in food prices that took place after IPCC published a similar report in 2007. It stated that abnormal weather that frequently struck main food-producing areas, including heat waves, droughts and floods, were a principal factor behind the sharp rises in food prices. The report said a 2 C increase in temperature would cause a decrease in the harvest of rice, wheat and corn in temperate and tropical regions. An increase of 4 C or more would deal a serious blow to each nation’s food security because of the difficulty in securing food supplies.

Meanwhile, we learn that Japan's whale hunt is "not scientific," a case brought on by Australia:

The International Court of Justice on Monday ordered a temporary halt to Japan's Antarctic whaling program, ruling that it is not for scientific purposes as the Japanese had claimed. Australia had sued Japan at the U.N.'s highest court for resolving disputes between nations in hopes of ending whaling in the icy Southern Ocean.

Reading a 12-4 decision by the court's 16-judge panel, Presiding Judge Peter Tomka of Slovakia said Japan's program failed to justify the large number of minke whales it takes under its current Antarctic program, while failing to meet much smaller targets for fin and humpback whales. "The evidence does not establish that the program's design and implementation are reasonable in relation to achieving its stated objectives," he said.

He noted among other factors that Japan had not considered a smaller program or non-lethal methods to study whale populations, and that it cited only two peer-reviewed scientific papers relating to its program from 2005 to the present - a period in which it has harpooned 3,600 minke whales, a handful of fin whales, and no humpback whales. The court ordered Japan to halt any issuing of whaling permits until the program has been revamped.

The decision is a major victory for Australia and environmental groups that oppose whaling on ethical grounds, though it will not mean the end of whaling.

The Guardian has had live coverage of this debate today, with one comment noting: "What a pile of crap. I've seen the way my local butcher gets through a carcass, that must make him a scientist."

Not to mention the larger, moral issue... But being unscientific has not stopped governments and large corporations, or individuals for that matter, from doing all kinds of things they shouldn't be doing.

On a happier note, Japan is quietly in the midst of a solar boom, and that seems to continue as no nuclear power plants are online, and none seem about to be restarted in a hurry. Small hydro power plants are also being encouraged, but some 97% of government support for renewables are currently going to solar power, according to eco-business.com

Thus, the government will lower the tariff slightly for solar, in order to encourage investment in other renewables. Also, I'm hearing rumours that not all solar projects are going as planned. I'll try to remember to follow up on that topic later.

Speaking of all things nuclear, The Japan Times notes in an editorial:

The agreement reached last week by nations at the Nuclear Security Summit to minimize their stockpiles of plutonium gives more reason for Japan to review its nuclear fuel cycle program, under which it plans to reprocess spent fuel from nuclear power reactors to extract plutonium for reuse — despite uncertainties over how its already large stock of separated plutonium would be consumed.

Quote of the month: “Nuclear plants have been closed, so you cannot say we cannot live without nuclear energy,” anti-nuclear campaigner Junichi Okano said.

Update: Published in March, I have to add Sustainability [R]evolution to this, as well as the Power Shift initiative from over at greenz.jp. English text here! Quote: "One of Kai’s first goals is to “transform Japanese universities to be powered by 100% green energy”. In fact, the university that Kai had attended, University of California Santa Cruz, had implemented 100% renewable energy through student activism!" 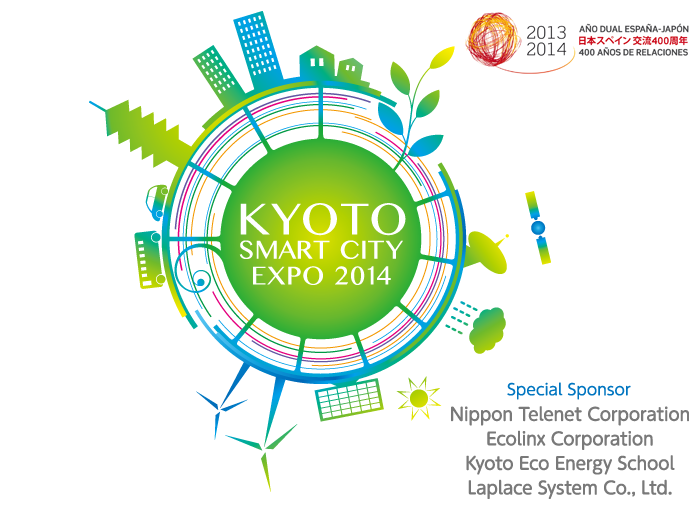 
Realization of comfortable mobility is an important issue for the formation of smart cities. Amid the increasing world's population, coupled with concentration of urban populations, conventional road networks that have reached their physical limits have become a serious issue along with the problem of CO2 emissions.