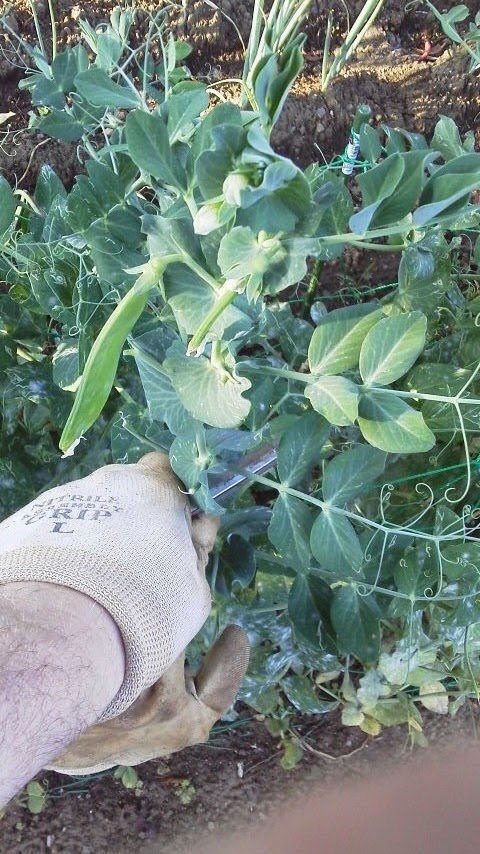 Remember these guys that looked like they were trying to bolt from my refrigerator? I planted them and 4 months later, they have given a steady, daily harvest of tasty green peas!

Thanks to some of you who have been sending links.

The solar energy boom continues in Japan, according to Rudolf ten Hoedt in my new favourite city, Kagoshima. Well researched article published by Energy Post and others, pointing out that the boom is not without issues:

For Japan, solar obviously has priority over wind power. 6.7 GW of solar capacity was approved in Japan for the feed-in-tariff (FIT) scheme in 2013. Almost half of this was utility-scale solar.
This year, Japan is even expected to install over 10 GW of solar power, with more than half of this being utility-scale solar. The boom in utility scale solar got started by an FIT- program introduced in 2012 by the Japanese government. Under this program, regional utilities have to buy power from solar and other renewable energy producers for non-household use at pre-set prices for a period of 20 years. 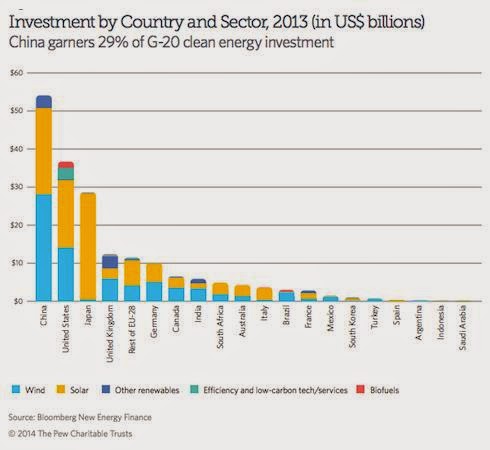 When the program was first introduced, it started a gold rush. “In the beginning, there were many developers with a low level of sophistication”, says Patricia Bader-Johnston of Thurlestone Capital, a renewable energy developer that has funded over 500 MW of solar and off-shore wind projects around the globe. “Everybody who had a claim on land applied for FIT pre-purchase agreements.”

Meanwhile, if you are following the shale oil/fracking debate, that proponents claim will help get lots and lots of cheap oil from tar sand and "jumbled layers of subterranean rock" in regions like California: Not so fast, it turns out.

LA Times noted that estimates have been cut by 96% for one of the largest such area in Monterey. That was supposed to be a national "black gold mine" of petroleum.

The Monterey Shale formation contains about two-thirds of the nation's shale oil reserves. It had been seen as an enormous bonanza, reducing the nation's need for foreign oil imports through the use of the latest in extraction techniques, including acid treatments, horizontal drilling and fracking.

The energy agency said the earlier estimate of recoverable oil, issued in 2011 by an independent firm under contract with the government, broadly assumed that deposits in the Monterey Shale formation were as easily recoverable as those found in shale formations elsewhere.

Meanwhile, Japan is burning more of the stuff which has lead to an increase in 8% of greenhouse gas emissions, according to the government’s Annual Report on Energy for 2013. The report was leaked to The Yomiuri and will be published later in June. The Yomiuri is fiercely promoting a return to nuclear power so I expect the actual report to be more balanced.

And if that is all too depressing, try this comedy video with John Oliver, who slams the usual reporting style when it comes to climate change. Must see!

The Guardian has more: John Oliver explained to Inquiring Minds why he found media false balance in climate reporting worthy of mockery.


"The stridency, and the intense comfort with a lack of scientific information, is ludicrous—it's objectively ludicrous. So I'm attracted to going to wherever the biggest hypocrisy is, and there feels like there's some good mining to be done regarding environmental issues…This world will be a complete ball of fire before it stops being funny."


Finally, "Justice is alive" says activists who got a court to rule against restarts of nuclear reactors in Oi near Kyoto and Osaka:

The Fukui District Court's decision that ruled against restarting the No. 3 and No. 4 reactors at Kansai Electric Power Co. (KEPCO)'s Oi Nuclear Power Plant in Fukui Prefecture has delighted the residents who brought the case to the court.
Some 200 people -- including the plaintiffs of the lawsuit and their supporters -- erupted in cheers at the court after one of the plaintiffs held up a sheet of paper bearing a message, "Justice is alive," after the court handed down the landmark ruling on May 21.
The district court's ruling discussed the enormous damage brought about by the Fukushima No. 1 Nuclear Power Plant disaster and declared that extremely high levels of safety and credibility are sought after for nuclear power stations. The ruling lambasted the safety measures currently in place, stating, "They are vulnerable and only work out under optimistic prospects."
Miki Murai, a 34-year-old illustrator from Fukui and one of the plaintiffs in the suit, said, "The ruling has reassured us that justice still has a conscience. We'd be too embarrassed to turn our faces toward people in Fukushima if nuclear reactors were restarted in Fukui while we are aware of the Fukushima nuclear disaster. I hope the ruling will serve as a breakthrough."
Kiyoko Mito, 78, another plaintiff and a resident of the Osaka Prefecture city of Takatsuki who has participated in anti-nuclear movements for over 40 years, shed tears upon hearing the ruling. "It is a perfect ruling that takes the residents' side. The decision is something we can be proud of not only in Japan but also in the world," she said.
Hiroyuki Kawai, a lawyer and co-leader of the Datsugenpatsu Bengodan Zenkoku Renrakukai (National liaison council of attorneys in lawsuits calling for a breakaway from nuclear power), also praised the ruling. "The ruling could become the 'Bible' of anti-nuclear movements. I want the decision to spread among courts, citizens and politicians across the country," he said.
In the meantime, the ruling saw mixed reactions among residents of the town of Oi, Fukui Prefecture, where the Oi nuclear plant is situated. "The ruling is inconceivable. My company's future has become completely invisible," said the president of an equipment company in the town that receives orders related to the Oi nuclear plant from KEPCO.
"I hope KEPCO will appeal the ruling, but I'm also worried about the possibility of the trial being prolonged. With no clear prospects for the future, local businesses will find themselves receiving fewer orders," the president said. "As it directly concerns the livelihood of our employees, I want KEPCO to restart the reactors at any cost."
A man in his 50s who runs a private inn in Oi said, "The ruling is going into depth while the central government has demonstrated its commitment to reactor reactivation. The verdict gives the impression that the courts have started to evaluate (the danger of nuclear plants), which is shocking to our local community."
Jiku Miyazaki, 70, a priest in the town who advocates against reactor reactivation, welcomed the ruling. "It's an epoch-making ruling, and I'm very much pleased. Looking at the progress of the trial, KEPCO's counterarguments lack sincerity. The court has recognized the danger of nuclear plants in an objective manner," he said.
Oi Mayor Hiroshi Nakatsuka commented on the ruling: "I can't help but accept the judicial ruling in a somber manner. I will keep an eye on the safety screenings (by the Nuclear Regulation Authority) based on its regulatory standards and see how KEPCO will react."
Fukui Gov. Issei Nishikawa withheld from clarifying his stance on the ruling, saying, "I have nothing to say from the standpoint of the prefectural administration." The governor, however, added that "nuclear power is an important energy source."
At the public relations section at KEPCO's headquarters in Osaka's Kita Ward, more than 10 employees stood up together and were glued to TV news as the court's ruling was reported on. They were then busy responding to numerous phone inquiries over the court decision.
"We hadn't expected a ruling against reactor restarts," said a surprised senior KEPCO official. "The ruling would inevitably affect reactor reactivation adversely when safety screenings by the Nuclear Regulation Authority are already stalled."