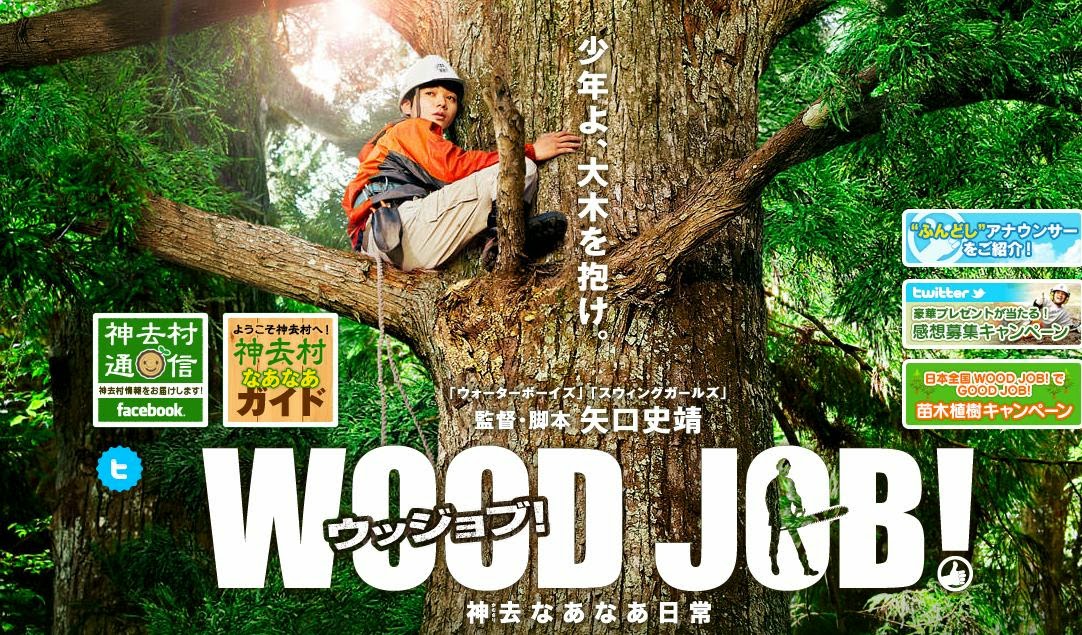 So this month we have Wood Job!, a Toei movie about forestry, a comedy actually, by the same team that gave us Swing Girls and I Forget What Other Fun Film About 18 Year Old Amateurs Getting It All Wrong At First... But this seems to be a rather genuine story about a guy who tries to escape the city life and do something worthwhile.

Expect being shouted at, a lot.

Filmed in Mie Prefecture, where there are no convenience stores and no mobile phone access. But there are also the fabulous festivals and the sweaty fundoshis (ahem) and the reluctant girl (what Japanese movie would be without one?) except she actually gets to bring said young man to some sort of character development.

And I think I will stop trying to review this film right there and then, except to note that Swedish singer Maya Hirasawa is back with another great hit, Happiest Fool.

Speaking of forests and Sweden, The Japan Times mentions (without actually saying it) Mori no Mulle (Skogsmulle), a campaign to get young children to experience the woods. 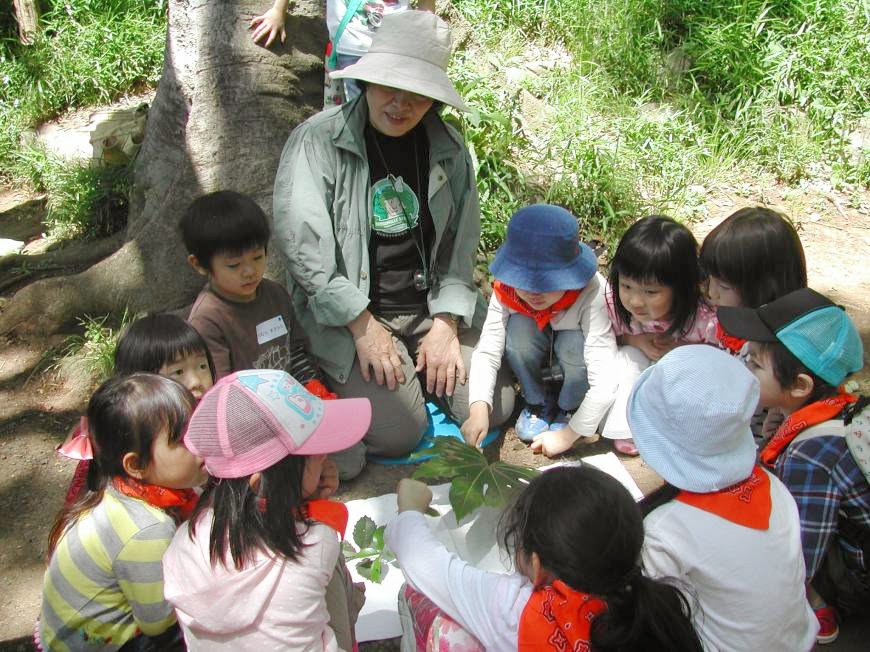 I did this in Malmö when I was about 5 or 6, and it is great to see it catching on in Japan, with a little help from the good people at the Swedish Embassy. Memories and experience, for life. Get help from experts who can guide your kids into the wonders of nature.

Children living in the city were able to enjoy nature’s wonders during a Sunday event earlier this month at Arisugawa-no-miya Memorial Park in the Hiroo district of Tokyo.
The event took place on May 11, as the first of a series of educational programs promoting eco-friendly lifestyles. The program is co-organized by Minato City Eco-Plaza and The Japan Times, in collaboration with embassies in Tokyo. The idea is to learn about environmental efforts and ideas around the world through embassies, which serve as a window into each country.
This time, the event was held in collaboration with the Swedish Embassy and was aimed at providing preschool children with an opportunity to experience a Swedish-style outdoor activity program while exploring nature with all of their senses and learning about all living things. Backed by a long tradition of outdoor activities in the northern European nation, the children’s program was originally developed in the 1950s and has taken root in the society.
Led by Kiyo Shimoju, a Japanese expert on Swedish environmental education, the program attracted 12 children and their parents, including three Swedish fathers.
The children grew excited as soon as they were each handed a magnifying glass at the beginning of the session. The children happily examined a tree trunk to observe its mossy surface and find tree-boring insects.
Amid glorious spring weather, the children were invited to discover wonders of nature — very small phenomena to be sure, but nature does everything for a reason.
“Gently pick a leaf of tsutsuji (azalea) and put it on your T-shirt. What happens?” Shimoju asked.
“It sticks!” a child replied.
“Yes! Do you know why? Let’s look at the underside of the leaf,” Shimoju suggested, and each of the children examined the underside of the leaf with their magnifying glasses.
“It’s fuzzy, right? Why is it so fuzzy? Do you have any ideas?” Shimoju asked, prompting the children to think about how plants protect their leaves to survive in their environment.
Following the pathway around the tree-filled park, the children learned about various plants, including the “bad” smell of dokudami (lizard tail), a row of spores on the underside of fern fronds and the tiny seeds of hinoki cypress. Also, they encountered turtles swimming in the pond and a duck having breakfast in the brook.
After gathering several plants, the children sat in a circle and played a guessing game.
“It is not yatsude (Japanese aralia).” “It is not hiiragi (holly).” They had fun -guessing the plant names.
“By making mistakes and repeating the names, they can memorize the name of each plant,” Shinoju said.
Among the parents who warmly watched the activities, a Swedish father, whose daughter participated in the event, recounted his experience joining a similar program in his hometown during his childhood.
Akiko Sasaki, a staff member of the Swedish Embassy, was happy to be involved in putting on the outdoor event for the children.
“When I studied in Sweden, I was impressed that nature is close to people even in urban environments,” Sasaki said. “I think these programs are necessary, especially for city kids like the ones in Tokyo.”
At the end of the session, Shimoju delivered a short speech for the parents.
“The more the children learn, the more they develop a love for nature, and they will grow up to be adults who pay attention to nature,” she said. “I believe that such people are the foundation of democracy that leads to build a sustainable society.”