TPP: Who Is Really In Charge In Japan?

She is the daughter of a former prime minister, Mr. Keizo Obuchi.

But who is really in charge of Japan's trade issues?

I hope someone can help me explain.

Back in the 1998 government, then prime minister Obuchi included 48 year old Mr. Akari Amari as Labour Minister, as well as Parliamentary Vice-Minister for International Trade and Industry.

15 years later, Mr. Amari has recently been in charge of Japan's TPP team, and has tried hard to convince the US that Japan cannot agree to all the unreasonable demands from the US, especially regarding agriculture. 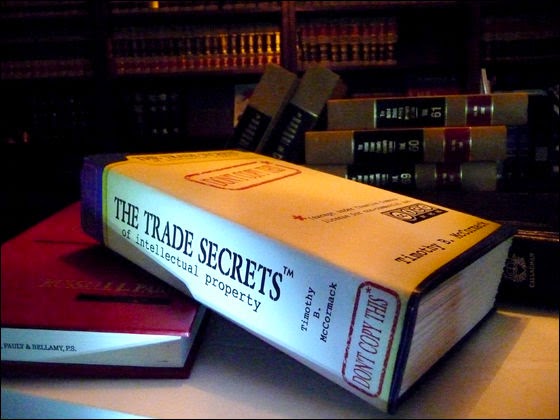 Mrs Obuchi, meanwhile, did not appear to care much one way or the other.

But I wonder, is Mr. Amari the right person to trust or are other forces about to take over? He is a Tenrikyo man, so let's hope he has some sense of spiritual guidance, whatever that may be.

Hinokishin (lit. daily service) is a spontaneous action that is an expression of gratitude and joy for being allowed to "borrow" his or her body from God the Parent. Such an action ideally is done as an act of religious devotion out of a wish to help or bring joy to others, without any thought of compensation. Hinokishin can range from helping someone to just a simple smile to brighten another person's day. Examples of common Hinokishin activities that are encouraged include cleaning public bathrooms and parks among other such acts of community service. Doing the work that others want to do least are considered sincere in the eyes of God.

Hinokishin is a method of "sweeping" the "mental dusts" that accumulate in our minds. The "mental dusts" are referring to the Eight Mental Dusts. The official translations of these dusts are: Miserliness (Oshii), Covetousness (Hoshii), Hatred (Nikui), Self-love (Kawai), Grudge-bearing (Urami), Anger (Haradachi), Greed (Yoku), Arrogance (Kouman).

As for Mrs. Obuchi, I'm surprised media here did not catch on earlier. But then again, I am not. Prime Minister Abe is clearly out on a limb, trying to find anyone honest enough that wants to join his sinking ship. How Mrs. Obuchi was caught is for others to record, but right now, Japan is in the middle of a much serious debate - meanwhile, we are supposed to let the TPP negotiations carry on as usual?

A new leak of supposedly secret data reveals that Japan and the US are proposing many deals regarding the important chapter about patents, and intellectual property rights.

Wikileaks has released a new draft of the intellectual property chapter of the Trans-Pacific Partnership (TPP) trade agreement, revealing that the US is still pushing for draconian measures on copyright infringement.

It also deals with rules for how drug companies can stop countries from making so-called generic drugs, or ways for countries to produce important medicines, avoiding paying for patents. Public health issues should be more important than profits for a few multinational drug makers, but not everyone agrees.

With Mrs. Obuchi gone, who will prime minister Abe pick to replace her, as the Trans Pacific Partnership negotiations are again on the agenda in late October, with informal meetings in Australia? Was her lack of leadership in one way or the other the reason she was kicked out of the Abe cabinet? And why has there not been a single proper round of negotiations held in Japan, so far?

The US has all along wished to introduce features of the controversial Digital Millennium Copyright Act (DMCA), such as compelling ISPs to alert customers who are accused of illegal downloads and, possibly, take the infringing material down. If they failed to do so, they would themselves be liable for any copyright infringement by their customers. But the latest draft goes even further: the US wants to see these rules covering not just ISPs, but anyone providing internet services. And, as Alberto Cerda of Georgetown University Law Center points out to TorrentFreak, this means that coffee shops could potentially be held liable for copyright infringement by their customers.
Meanwhile, the copyright itself could be enforced for longer. While the previously-leaked draft showed that some countries were proposing flexibility on copyright terms, it seems that all are now agreed that there should be a universal minimum term, whether life-plus-50-years, life-plus-70 or life-plus-100.

The US is also calling for criminal sanctions for copyright infringement, even where the infringement isn’t being carried out for commercial reasons.
“If the US gets its way, then criminal penalties will apply even against users who were not seeking financial gain from sharing or making available copyrighted works, such as fans and archivists,” write Jeremy Malcolm and Maira Sutton of the Electronic Frontier Foundation (EFF). “Such a broad definition is ripe for abuse.”
Indeed, a similar provision in a free trade agreement between Columbia and the US led to copyright laws that saw a Columbian graduate student arrested for posting another student’s academic paper online without permission.
But while the last leaked draft of the TPP, dated November 2013, showed strong international opposition to this criminalization plan, Canada now seems to be the only serious hold-out.
This may, suggests James Love of Knowledge Ecology International, be because this new draft gives some countries extra time to implement the agreement – meaning that current governments won’t necessarily have to carry the can for their decisions.
“Developing countries are being asked to accept very restrictive standards for intellectual property in return for transition periods that defer the harm until current governments are now longer held accountable,” he says. “This will be a short-term benefit in exchange for a long term harm.”
The draft calls for countries to introduce criminal penalties for unauthorised access to, misappropriation of or disclosure of trade secrets “by any person using a computer system”. This would apply where the actions led to commercial advantage or financial gain; where they were directed by “a foreign economic entity”; or where they were detrimental to a country’s economic interests, international relations, national defence or national security.
These are very broad provisions, and don’t allow any exceptions in the public interest, such as journalism or whistleblowing.
“This text goes far beyond existing trade secrets law, which in the United States and other common law countries is usually a matter for the civil not the criminal courts,” write Malcolm and Sutton of the EFF.
“No public interest exception, such as for journalism, is provided. In practice, this could obligate countries into enacting a draconian anti-hacking law much like the Criminal Fraud and Abuse Act (CFAA) that was used to prosecute Aaron Swartz.”

These changes matter all the more because of the inclusion in the trade agreement of so-called Investor -State Dispute Settlement (ISDS) – a system that allows corporations to sue governments for decisions that result in a loss of profits. UN figures uncovered by the Independent newspaper recently revealed that US companies have already made billions of dollars from suing foreign governments under similar ISDS agreements.
The good news is that the US appears to be fairly isolated in some of its more extreme requests, with Canada pushing back hard: indeed, according to Wikileaks, Canada has registered its opposition to proposals 56 times, more than any other country. Canada’s recently enacted its own copyright legislation, and is working hard to keep it: and while it now looks like the only country still putting up much of a fight against the US, this latest leak could work in its favor.