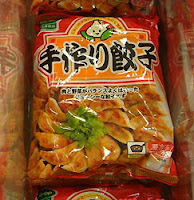 Japan Tobacco Foods Co. has announced this evening that some 10 people got sick from eating the company's Chinese dumplings, while a 5 year old girl was in coma, according to news reports.

A survey by the Ichikawa public health center in Chiba detected the insecticide methamidophos in frozen dumplings (gyoza) in levels that far exceeded normal standards. While many other Japanese food companies that import from China have strict in-house rules and programs to test the ingredients, the company seems to forget that food is different from other harmful products they sell to the public. Their 2007 Environmental Report claims that JT Foods has traceability systems, "with JT representatives selecting varieties and supervising cultivation. In addition, the soil and water quality are inspected on site [in China] and pesticide residues are regularly checked at both the factory and in Japan to prevent products from being contaminated by illegal pesticides."

Methamidophos is made by Bayer, who in the early 1980s pushed it through the Codex approval system based on mostly unpublished data and animal studies at Industrial Bio-Test Laboratories (IBT). More details here. IBT Laboratories was involved in one of the biggest scandals ever, but this has been conveniently forgotten. More about the IBT scandal from the The Amicus Journal, spring 1983 edition, published by the Natural Resources Defense Council (NRDC): Faking It.

13 tons of the dumplings were imported to Japan in November, 2007 from the same Chinese manufacturer, Hebei Foodstuffs Import & Export Group Tianyang Food Processing, according to AP/Yahoo. Another subsidiary of Japan Tobacco, Katokichi Co Ltd, said it would recall frozen foods made at the same Chinese factory, but as a protective measure, not because it had found anyone ill.

I expect to see the list of recalled products expand very soon.

NHK had a 20 minutes long report about this topic at its 9 o'clock news, with Kowaka Junichi from the consumer organization Japan Offspring Fund in the studio. 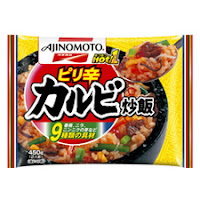 By Thursday evening, Sankei tonight said 312 people have reported symptoms including vomiting and diarrhea, and later NHK reports that over 400 people have gotten sick.

People are strongly advised to not eat any of the frozen products, and return them to the shop or company.

Japanese supermarkets abroad, including Jusco in Hong Kong, are also removing the pork products from their shelves, according to NHK.
China Food safety

Brad said…
A close Japanese friend just called me about this knowing I guess how much I love gyoza. Would never touch those frozen ones anyway.

I wonder how much they'll go on about unsafe foods in other countries after this and forget all about 2007 and all it's Japanese food scandals.
10:47 pm, January 30, 2008

Brad, no I don't think they are forgetting their own homegrown scandals, although they have mostly been food label issues recently. This is a food safety issue, with huge ramifications, since Japan has gotten so dependent on imported foods.

p, hey, my three local supermarkets all have large sections of local foods. But, then again, that means I will have to do the cooking.

Pandabonium said…
Oh my gott. Bayer (which is most known in the USA for "aspirin", is an off shoot of IG Farben, the German company which produced the "Zyclon B" poison used in the Nazi gas chambers of Auschwitz and Majdanek. It was originally used as a....pesticide.
6:36 pm, February 05, 2008