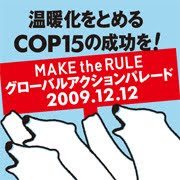 There will be several parades and protests on Saturday December 12, 2009 in Tokyo, Kyoto and other places around Japan. Do participate. Make the Rule is a campaign to set binding targets, not just let business decide what they think is best in terms of greenhouse gas emissions, and helping people become aware of what they can do on a daily basis to combat global warming.

In Tokyo we start 13:00 in Shibuya, in front of NHK (Yoyogi Park Keyaki Namiki Road) or catch up around 13:30 by Shibuya Station.

UPDATE 2: Here are bunch of photos from Saturday's event in Tokyo. I'd estimate that we had about 300-400 people (NHK Shutoken News says 500 people) in the parade, with drums, speeches, & comedy (including Tora-san, and a mock debate between Obama and Hatoyama, joined by the icebear). Thanks Paul Johannessen and Lena Lindahl for the pictures! 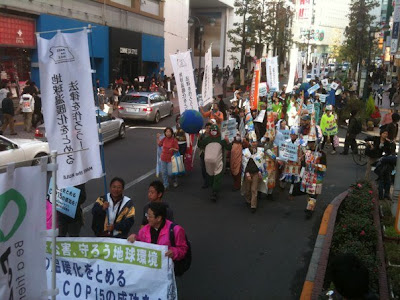 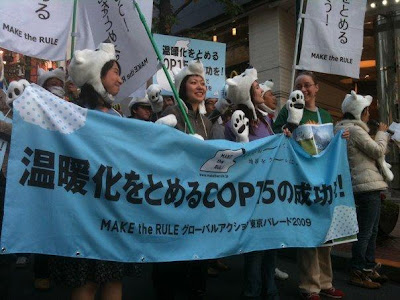 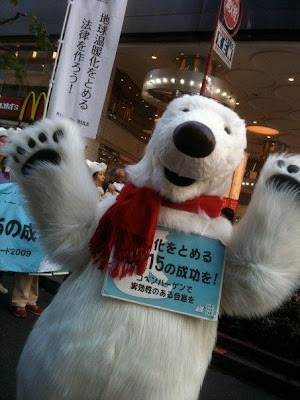 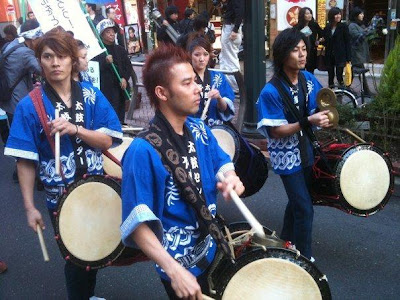 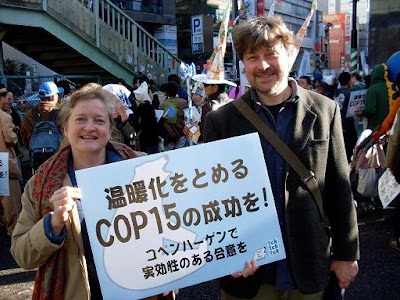